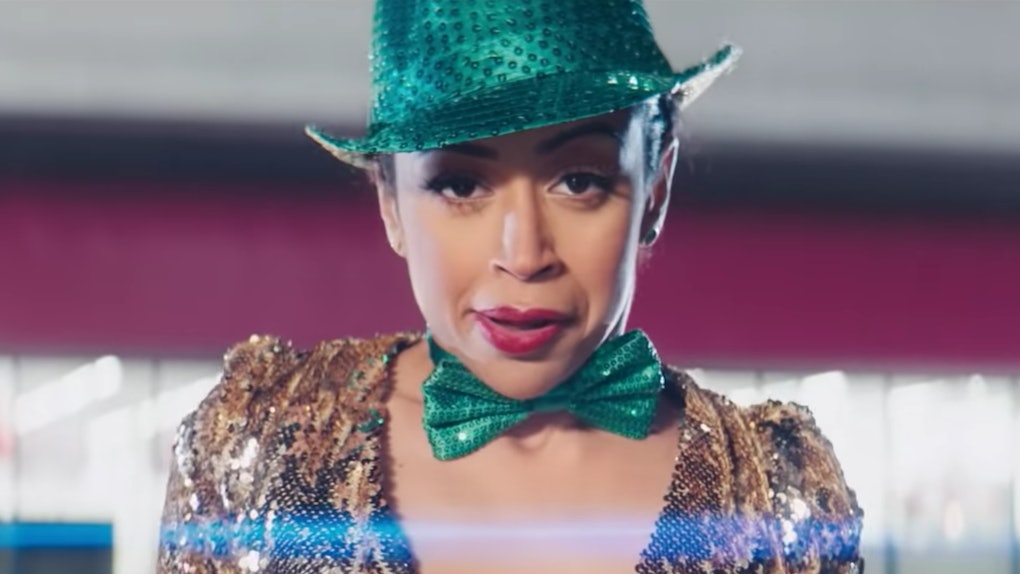 It's been a long year without any Liza Koshy videos, and fans have been suffering. Without her hilarious sketches, how-to vids, and more the internet has been a slightly less funny place during her YouTube hiatus. Well, luckily, everyone's favorite YouTuber has returned, and she's back in a big and splashy way. In fact, fans are straight-up rejoicing. These tweets about Liza Koshy returning to YouTube will give you all the feels.

Koshy left her over 16 million YouTube subscribers without her weekly content after she uploaded her last video in February 2018. That is, her subscribers were left without content until March 27, 2019 when Koshy released her comeback video, "DOLLAR STORE WITH LIZA, THE MUSIC VIDEO." The video is an ode to the dollar store, the consumer oasis where people can get anything they want for a buck or less. While Koshy's other videos usually take the form of sketches with quick edits, this big return to YouTube came as a full Broadway-style production, complete with a full dance break. In the video, Koshy sings a parody of the classic song "New York, New York," but she's changed all the lyrics so that she can literally sing the praises of the dollar store. You can check out the video below:

As soon as video was up, her fans starting tweeting about how happy they are to have her back.

Other fans focused on the fact that the lyrics of the song are super-relatable. I mean, why would you shop anywhere else when you can spend all your money on super cheap stuff that only costs a dollar each? Koshy really does speak to the thrifty shopper in everyone.

While Koshy is promoting thrifty habits, the video has nothing but the highest of production value. A lot of fans noted that Koshy delivered with a really high-quality musical.

After going through a very public breakup with fellow YouTube star David Dobrik in late 2017, Koshy took a break from posting YouTube videos. She posted a video on her secondary channel in January 2018 explaining why she needed to take some time to stop posting and focus on her personal health instead. She said:

Although Koshy took a break from YouTube videos last year, she wasn't completely MIA. In 2018, Koshy produced and starred in the YouTube Premium series Liza on Demand, and she currently hosts Double Dare on Nickelodeon.

It's good to see that Koshy is now feeling like she's in a better place to share videos on her YouTube channel. If her fans' tweets are any indication, they are definitely happy to have her back.