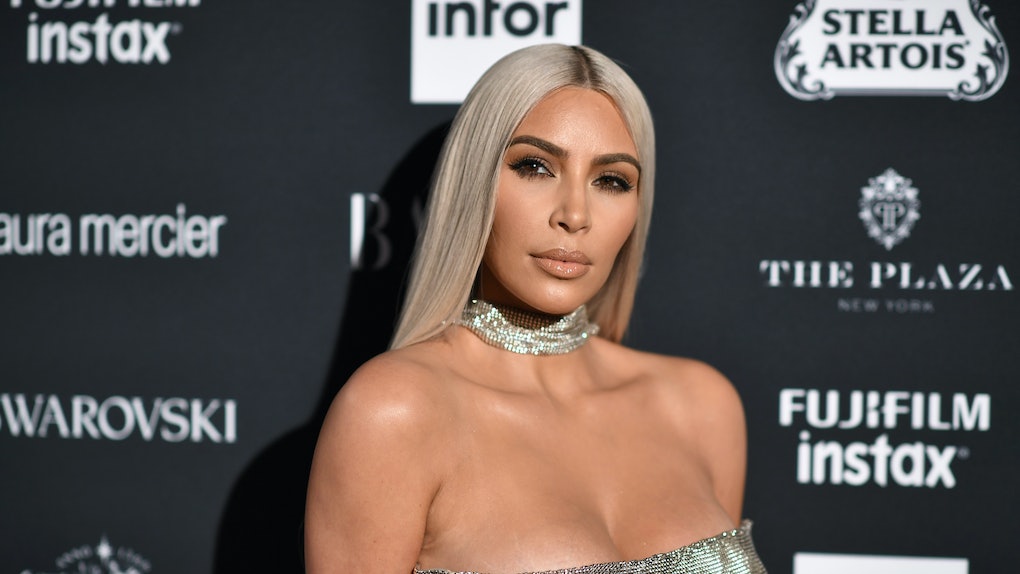 Kim Kardashian’s fourth baby is here! And his name is Psalm West. You all know by now that Kardashian and her hubby Kanye West like to be a little non-traditional when it comes to naming their kids. So, this name fits perfectly with all the others. But how do fans feel about it? Well, not that it’s any of their business, but they do have some very strong opinions about it. Needless to say, the tweets about Kim Kardashian’s fourth baby name are quite interesting and honestly, pretty freakin' supportive!

Kardashian’s fourth baby, who is a boy, was born via surrogate on May 10. A week later, Kardashian revealed his name to the world on May 17 via Instagram. But as is always the case when it comes to the Kardashians, fans and non-fans alike had something to say about it. Some fans are really loving the baby’s name. Other fans and even non-fans aren’t being terribly enthusiastic about it. So, it’s a mixed bag, for sure, but I’m almost positive that it doesn’t matter one bit to Kardashian. I imagine she’s just happy to have her fourth baby at home and in her arms!

All that said, though, people aren’t shy when it comes to expressing their opinions about Kardashian or the name she and West chose for their fourth child. Here’s what everyone’s saying on Twitter right now:

Well, that's definitely a mixed bag when it comes to the general public's reaction, but for what it’s worth, I think the name is really cute! And if Kimye love it, that's really all that matters!

As I mentioned before, Kardashian’s fourth child was born via surrogate. But he’s not the only one in the family who was born using that method. As you may recall, Kardashian also used a surrogate for Chicago. This time around, though, she had to use a different surrogate. She actually opened up about that experience to Entertainment Tonight back in April 2019.

"It's a different experience for sure, this situation is different," she told ET. "I love my surrogate, we have a really good relationship. I really trust her and I definitely see, like, the first time that I went through it, I was a little bit more anxious, and texting more and calling more, and I feel like my surrogate this time around, really is such a protecting person and I really trust that in her."

Kardashian also explained that she felt much more calm this time around.

"So, I feel really calm and at ease," she said. "I don't know if it's a fourth kid thing or, we've been through the surrogacy before, you just get a little bit more calm as they go."

It sounds like she had a great experience with this particular surrogate, which is great to hear. I’m sure it also put her mind at ease about a lot of things leading up to the birth as well, so it was easier for her to transition from being a mom of three to a mom of four. Congrats Kim and Kanye!