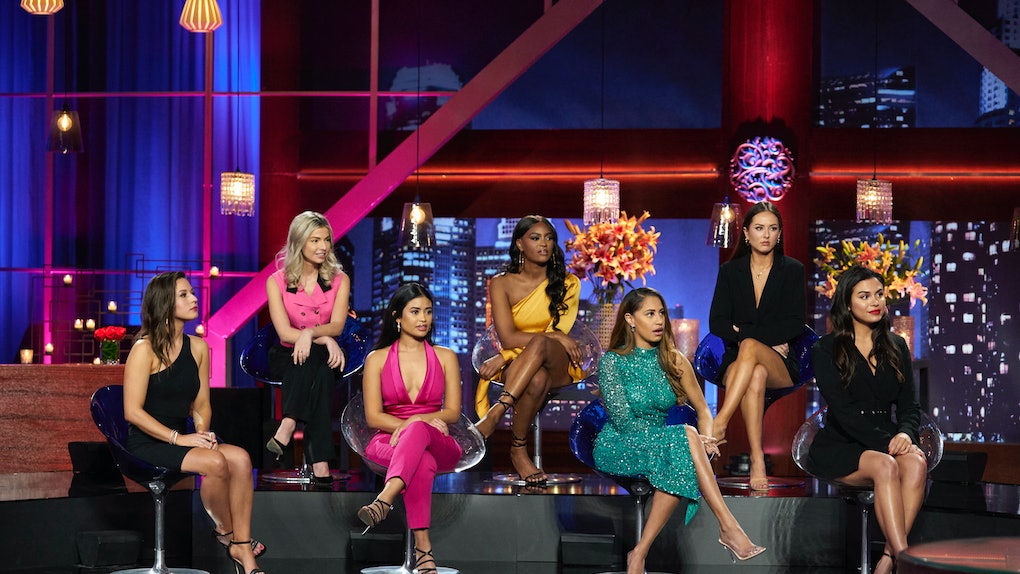 The "Women Tell All" episode of The Bachelor always brings the heat, but the March 1 episode really threw viewers for a loop. After watching one contestant rise as a fan-fave throughout the season, audiences were shocked to see many of the other contestants throw shade at Katie Thurston. These tweets about her on the "Women Tell All" episode show that despite the tension on the stage, Bachelor Nation still has her back.

The 30-year-old from Washington made it to Week 6 before she was eliminated during her 1-on-1 date with Matt. And even though she didn't snag the final rose, fans are still Team Katie. So when a handful of the contestants came for Katie during the March 1 "Women Tell All" episode, viewers were not here for it.

During the reunion, Katie explained why she told Matt what was going on in the house in the first place. Simply put, she felt like it was the right thing to do. While many fans agreed with her reasoning for calling out the toxic nature of the group, many of Katie's fellow contestants did not. Some claimed the house only became toxic after (and because) Katie told Matt about the drama. Others accused Katie of using the situation to get extra time with Matt.

Regardless, Katie stood by the fact that she spoke up out of respect for Matt, and Bachelor Nation seems to stand with her decision.

Drama aside, Katie still managed to fall hard for Matt during her time on the show. When asked how she felt after being eliminated, Katie said she was "genuinely so confident" in their relationship and was shocked to be sent home. "I really thought he was going to meet my family," she said during the "WTA" episode. "I just didn't see it coming.”

While it was hard to watch Katie get emotional about Matt breaking up with her, her hot seat interview *did* provide fans a glimmer of hope that she could find love on another Bachelor franchise show. "I just have to remain hopeful that my person is still out there. At the end of the day, we all just want to be loved. And I never want to stop pursuing love," she said as her segment ended. If that's not a potential setup line for her to become the next season lead, I don't know what is.

And "Katie for Bachelorette" is something many fans love the idea of:

Whatever's next for Katie, it looks like she has plenty of support from Bachelor Nation.