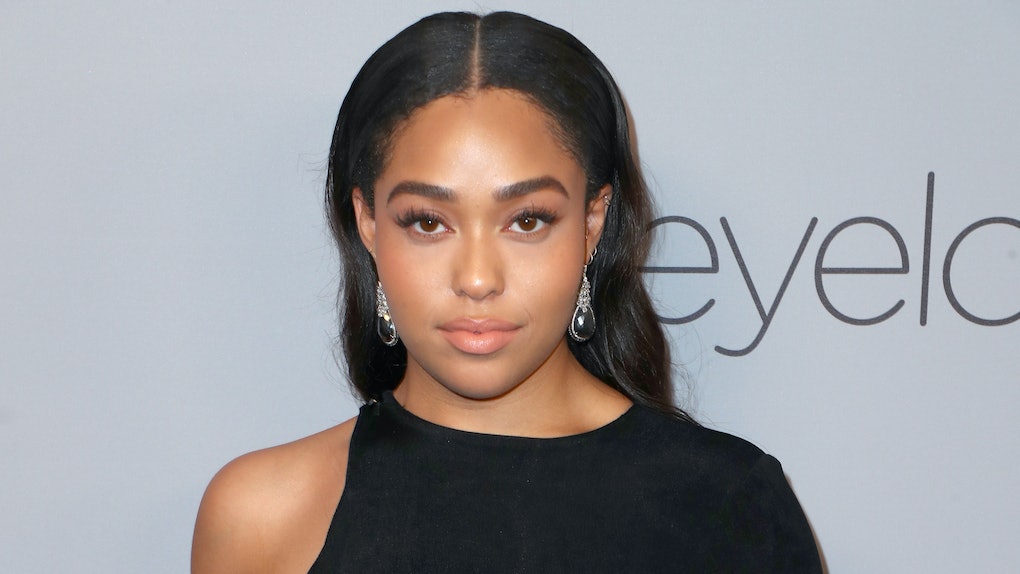 My literal god. This has been intense, America. The Jordyn Woods/Tristan Thompson cheating scandal has had Keeping Up With The Kardashian fans in a state of hysteria ever since reports first dropped the week after Valentine's Day. Thompson and Woods reportedly made out in front of partygoers at Thompson's home after flirting all evening, causing the Kardashians to reportedly exile Woods, and Khloé to break up with Thompson. Elite Daily reached out to Thompson, Kardashian, and Woods' teams for comment but did not hear back by the time of publication. Now, Woods is telling her side of the story, and it seems like we've had it all wrong. These tweets about Jordyn Woods' Red Table Talk interview show that fans are just as confused as they were before.

Let's be very, very real. The odds that this is a PR stunt aren't, like, small. The idea that someone as close to the Kardashian family as Woods could organically participate in something so scandalous on her own is hard to wrap your mind around. Then again, Thompson does have a reported history of cheating, so it's not like I would put it past him if he was acting on impulse. While the world was busy furiously trying to get to the bottom of what truly transpired between Woods and Thompson, she was busy prepping for her interview with Jada Pinkett Smith.

In the week or so after the cheating reports went public, Woods reportedly moved out of Kylie Jenner's home where she was living and went into damage control mode. The media reported everything from Woods claiming she was "blackout drunk" to her calling Khloé herself to confess. On Friday, March 1, she tried to clear the air on Red Table Talk.

According to a source who previously spoke with Entertainment Tonight, this interview could really make or break Woods' future relationship with the Kardashians. (Duh.) The insider explained, "If Jordyn doesn’t handle this the right way, any possible hope of her being back in with the family or Kylie will be gone."

But during the actual interview, Woods denied so much as putting any moves on Thompson, and told Smith that she did not sleep with him. Elite Daily reached out to Thompson's team for comment but did not hear back by the time of publication.

Considering the fact that Woods has denied hooking up with Thompson, it's still unclear how her relationship with the Kardashian-Jenners will progress from here. "I should have gone home after the party," Woods explained to Smith. "I shouldn’t have even been there… Never once was I giving him a lap dance, making out with him, sitting all over him. It’s just we’re all together; we’re in a group. Never once did we leave the public area, go to the bedroom, go to the bathroom."

While Woods denied hooking up with Thompson, she also admitted that as she left Thompson's house, he kissed her. "I was drunk," she said, on the show. "I was not tipsy, I was drunk. But I was not beyond the point of recollection. I know where I was. But on the way out, he did kiss me." The reported kiss did not involve any "passion" or "tongue," Woods said. While many fans found Woods' story confusing, others came to her defense.

However, Woods also admitted that she shouldn't have put herself in the situation. "Because there's so much history involved, I wasn't thinking right," she said. "I take full responsibility for that." Woods also told Smith that she would do whatever it takes to make Kardashian feel better about the situation, and clarified that she had apologized to her before the Red Table Talk interview.

For now, the drama continues to unfold. Woods has said her peace, and fans will just have to wait and see how the Kardashian-Jenners react. It really is a full time job keeping up with this family, isn't it?