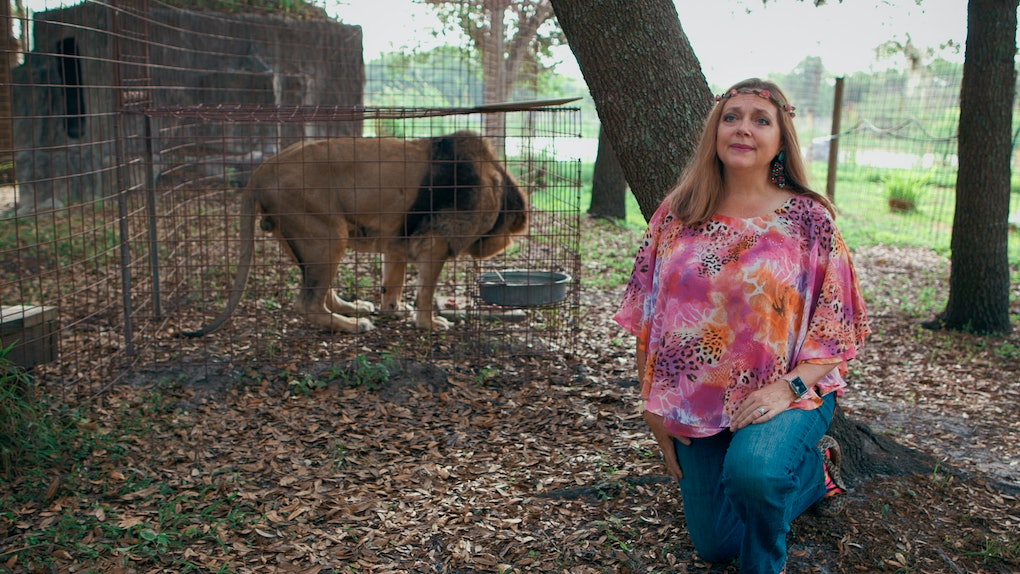 As befitting the beginning of a new decade, Dancing With The Stars has given itself a makeover this year. Some changes are out of the producers' control, like the ongoing social distancing measures taken due to the coronavirus pandemic. But others — such as the Season 20 casting decisions — were pretty much made to reflect the wild world of 2020. These tweets about Carole Baskin being cast on DWTS, for instance, are a hilarious reminder that wherever you go to escape this year, there it is again.

Even with the sudden influx of Netflix talent (four of the competing celebs come from shows on the streamer), Dancing With The Stars' casting choices haven't changed that much over time. There are stars from properties under the owner Disney's banner to help cross-promote series. There are celebrities whose heydays were 20 years ago, like Anne Heche and Charles Oakley. And there are some older musicians who still have careers, even if their teen heartthrob days are over.

Notably, rather than picking polarizing political talent, the show instead embraced more beloved figures, like figure skater Johnny Weir, as the big draw for Season 29. Instead, the "tweetable" characters who are sure to generate passionate responses from fans are, for the most part, from Netflix, including Coach Monica Aldama from Cheer and Chrishell Stause from Selling Sunset. The most obvious of these is Carole Baskin from the viral series Tiger King. The polarizing figure has already elicited a roar of emotions from fans, and the season hasn't even begun yet.

Twitter is already heatedly discussing the cat-related content Baskin should use as her songs for this season. From "Welcome to the Jungle," to Cats' soundtrack, it the options are purr-fect (sorry, had to).

But what most people couldn't help noticing the 2020-ness of it all.

But despite the complaints, fans of the show know how this goes. Baskin could end up having the last laugh.