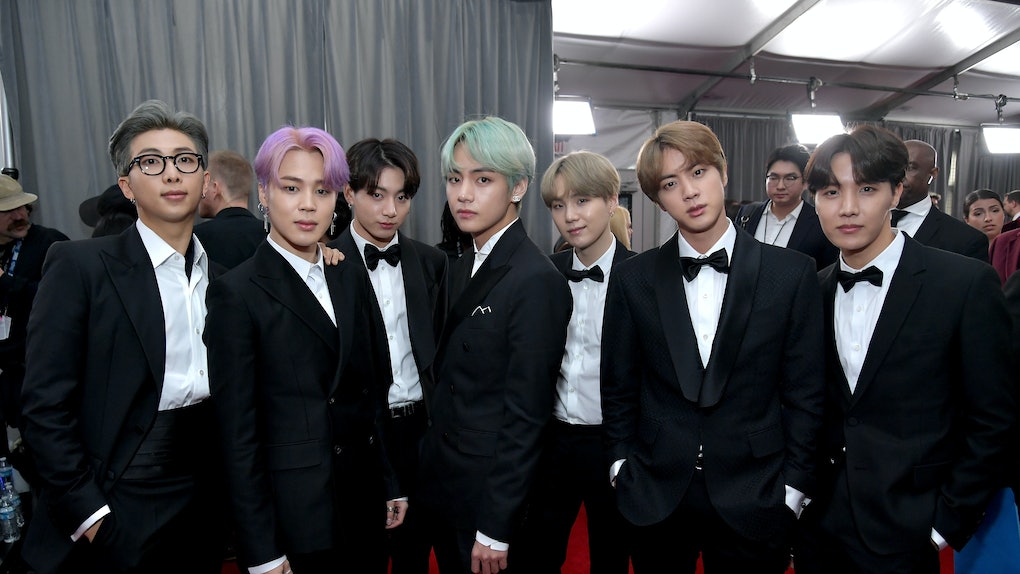 These Tweets About BTS' 'Love Yourself: Speak Yourself' Tour Tickets Will Stress You Out

What's up, BTS ARMY? I'm sure you're totally chill right now, after BTS' Love Yourself: Speak Yourself world tour tickets are finally available. Just kidding, you're probably freaking the eff out, just like I am because we're talking about a BTS WORLD TOUR! Naturally, fans of the K-pop band are all vying to purchase a ticket, and these tweets about BTS' Love Yourself: Speak Yourself tour tickets are so damn stressful but so very, very relatable.

But first, let's go over some important details. On Feb. 19, BTS' label, BigHit Entertainment, announced that BTS would be performing internationally on their 'Love Yourself: Speak Yourself' world tour, which is beyond exciting. ARMY fans quickly realized that this meant RM, Jin, Suga, J-Hope, V, Jimin, and Jungkook would be performing all over the damn world, possibly even at a theater within their vicinity.

Excited is an understatement, you guys. BTS is literally invading the world in the best way possible!

Their announcement video only made the anticipation even stronger, displaying the first round of locations with a montage overlay of BTS' past performances:

Way to turn the heat up a notch, you guys.

Tour tickets finally went on sale on March 1 at 10:00 a.m., and, true to form, tickets sold out within minutes. Yes, you guys. Minutes.

Some fans were amazed at how quickly tickets flew off the proverbial shelves:

While other fans are having Ticketmaster issues while trying to purchase their tickets:

This is a struggle, you guys.

Then there were the lucky few (hundred thousand) who were able to nab those precious, precious tickets:

And then of course, there's the majority of those who were devastated, unable to purchase a ticket in time before the tour was completely sold out:

I know, I know. It hurts. It's more soul-crushing than anything you've ever felt in your entire life (can you tell that I, too, was unable to get a ticket?).

But to all the ARMY fans are understandably overcome with grief because they couldn't nab a ticket: fret not. You can always just purchase and watch their DVD, Love Yourself In Seoul over and over again until it feels like you were actually there. (A little surround sound wouldn't hurt, people.)

More like this
These Tweets About Taylor Swift's "Mr. Perfectly Fine" All Ask 1 Important Question
By Sydney N. Sweeney
These Songs About Loving Yourself Need To Be On Your Playlist
By Michele Mendez
Will BTS' Camping Collection Restock? Here's What To Know About The Helinox Collab
By Marisa Casciano
Stay up to date