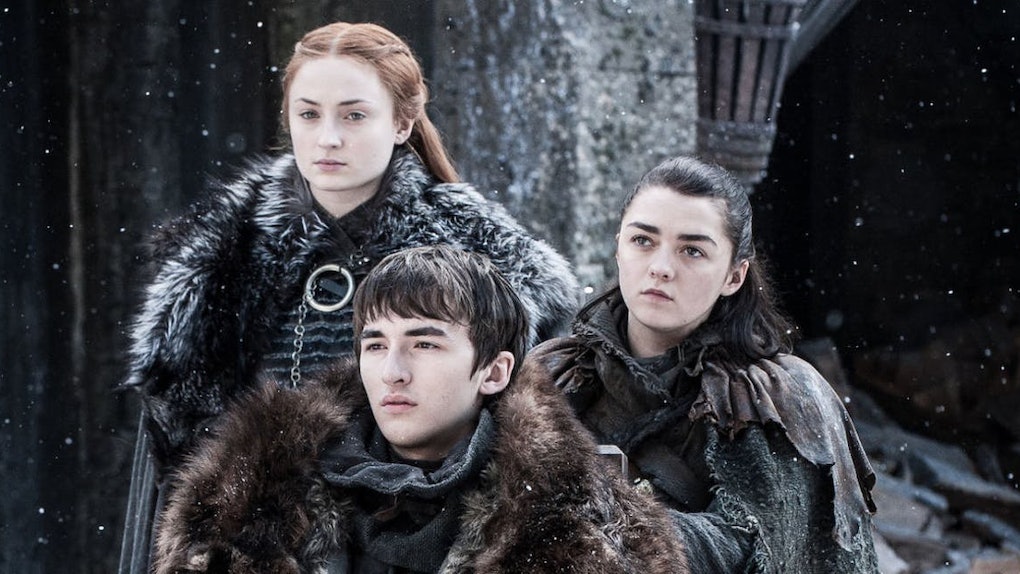 During the season finale of Game of Thrones on Sunday, May 19, viewers finally found out who would rule over the now six kingdoms of Westeros — and honestly, it was a choice that no one saw coming. Warning: Spoilers for Game of Thrones Season 8 follow. These tweets about Bran becoming king on Game Of Thrones are losing it over the unexpected twist, and TBH, it's so relatable.

After Jon Snow killed Queen Daenerys during the season finale, the lords and ladies of Westeros were at a loss about who would rule over the seven kingdoms. With Jon Snow now sentenced to the Night's Watch, Sansa, Arya, Tyrion, Grey Worm, and many more of the show's notable characters gathered to discuss who would sit on the now-figurative Iron Throne (after the actual Iron Throne was destroyed by Drogon's fire). After Sam was laughed down with his suggestion of a democratic voting process, Tyrion suggested one king that no one was expecting: Bran Stark, whom he dubbed King Bran the Broken.

Considering that Bran won't be able to bear children, Tyrion suggested that the kingdom take small steps toward a democratic process by electing new leaders each generation. While the youngest Stark son wasn't a choice that viewers thought of, in some ways, he makes sense as a ruler who will "break the wheel" in ways that Daenerys never could (or wouldn't want to).

As Tyrion pointed out during the council meeting, Bran is the keeper of the histories of Westeros and has a knowledge of the past that will hopefully help him be a fair ruler. In addition, as the Three-Eyed Raven, he has the ability to view situations from a different perspective than any of the other choices.

Obviously, Drogon knew that Bran wouldn't need to be seated on the Iron Throne, as he chose to destroy Aegon's high chair. And while Bran hinted that he had already known that he would be end game, the Twitterverse isn't as convinced by the GOT creators' plot twist. After eight long seasons, which saw powerful characters like Sansa, Arya, Jon, and even Tyrion teased as potential rulers of the seven kingdoms, Bran is a surprising choice that will make you question the trajectory of the show.

While Bran had no desire to rule the now six kingdoms, at least viewers can rest easy knowing he has Tyrion, Bronn, Brienne of Tarth, Ser Davos, and many others to help him advise his decisions. And while many Throners expressed disappointment that Sansa — who showed incredible leadership skills in the later seasons of the show — didn't end up ruling Westeros, she did end up breaking the North off from the rest of the kingdoms and was crowned Queen in the North at the end of the season finale.

So, how will the survivors rebuild the six kingdoms and King's Landing? Unfortunately, viewers won't be privy to watching that journey on TV, but I have a feeling that Bran The Broken, King of Westeros, Lord of the Six Kingdoms and Protector of the Realm, will do a pretty good job of doing it.