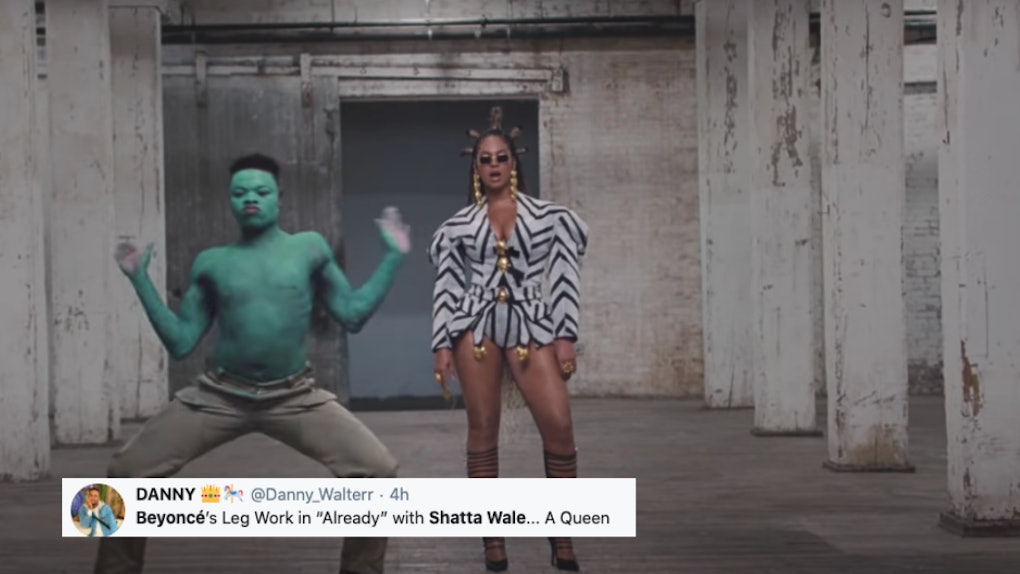 If fans weren't already overjoyed with the release of Beyoncé's Black Is King on Friday, July 31, they got something extra special at midnight when she also dropped a surprise music video for "Already." The visuals are vibrant and enticing and the Beyhive is buzzing with rave reviews. These tweets about Beyoncé and Shatta Wale's "Already" video put her creative brilliance front and center.

Beyoncé announced the release of the music video on Instagram alongside the 4:45-minute-long visual so that fans could easily watch it without leaving her page. It didn't take long for both fans and celebs to gush over the genius that is Beyoncé.

It wasn't just her visuals that had Beyoncé fans in their feelings. The fact that Bey teamed up with Ghanaian singer Shatta Wale for the track had listeners thanking her for shining light on the Ghana-born entertainer and giving him a place to showcase his talents on a global scale.

Calling Beyoncé a "symbol of hope," Wale tweeted his feelings, writing: "Thank you My Queen for believing in my talent and giving me a platform to share my good message to the world ...God will forever bless you."

Check out what Twitter is saying about the "Already" music video.