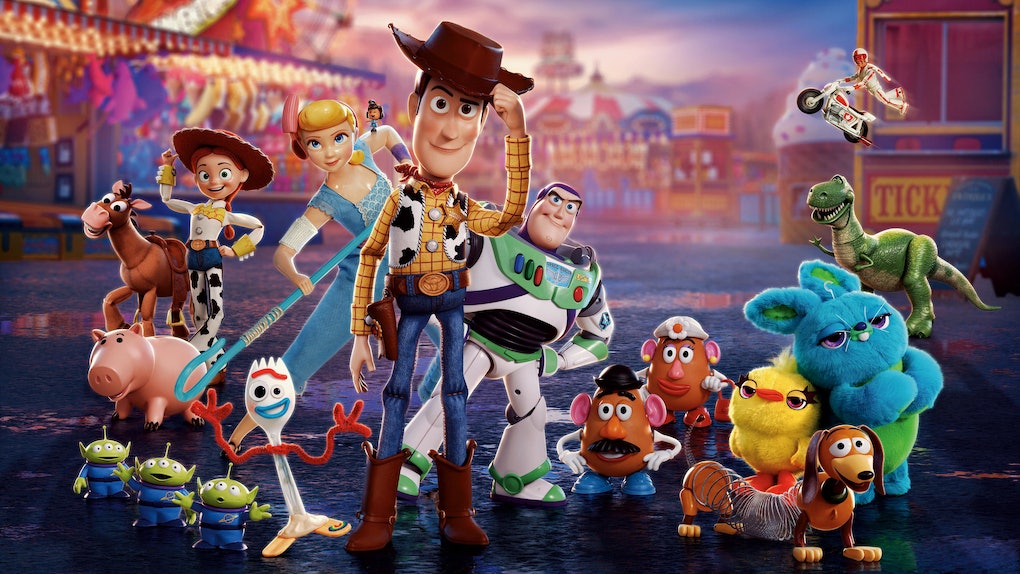 These 'Toy Story 4' Ratings Are To Infinity & Beyond

The first Toy Story movie came out all the way back in 1995. I was in high school then, and remember seeing it in the theaters. It was a huge phenomenon at the time, putting Pixar and computer animation on the map, at a time when Disney was still doing it the old-fashioned way. And yet, if anyone has said there would be a Toy Story 4 come 2020, I likely would not have believed it. Nor, for that matter would I have thought Toy Story 4 ratings would rival that of the original film.

Pixar's Toy Story franchise has now spanned a quarter century, with releases that have managed to come far apart enough that each arrives with a new format. The original Toy Story premiered during the VHS era. Toy Story 2, in 1999, was released with the dawn of DVDs. Toy Story 3 came along just as Blu-ray became the "it" format in 2010. Toy Story 4 will be the first Pixar film to premiere on the Disney+ streaming service.

And yet, despite the gaps, all four films have been hits with the critics, all of which dwell among the highest-rated Pixar films in the Rotten Tomatoes database. Toy Story and Toy Story 2 tie for the top slot rated at 100%, Toy Story 3 sits at 98% (tied with Inside Out and Up). Toy Story 4, with 156 reviews in, sits at 99% (tied with Finding Nemo).

The Washington Post is over the moon about it:

As an ode to spunk, ingenuity, teamwork, storytelling and animation artistry, Toy Story 4 fires on every spirited cylinder.

Forky alone is enough to elevate this potential cash-grab into the beautiful and hilarious coda that its long-running series needed to be truly complete.

And though Slate hopes this is the final Toy Story, it's not because the film franchise needs to be put out to pasture.

It will send you out of the theater laughing, crying, and thinking all at once, an appropriate mix of responses for what I hope, out of love, will be our last minutes with a franchise that's given us so much.

As for how the film is projected to do at the box office, according to Variety, the current summer slump of sequels is about to find its savior.

After a lackluster few weeks at movie theaters, it’s Woody and Buzz Lightyear to the rescue. The dynamic duo is returning to multiplexes for Disney and Pixar’s Toy Story 4. The fourth installment in the CGI series is expected to earn north of $140 million when it opens in 4,500 theaters across North America. If it hits those numbers, it will rank among the best debuts for an animated movie.

Variety also notes the Toy Story franchise has been the most reliable of Pixar's offerings over the years, with Toy Story 3 earning over $1 billion, while the original took in $373 million globally while Toy Story 2 brought in $497 million. (Those are both adjusted for inflation.) Toy Story 4 seems poised to follow suit.

More like this
This Video Of Disneyland's Marvel's Avengers Campus Is Super
By Cianna Garrison
35 Falcon Quotes From 'The Falcon & The Winter Soldier' That Make Quippy Captions
By Rachel Chapman
Emma Stone's 'Cruella': Premiere Date, Trailer, Cast, Plot, & More
By Abby Monteil and Dylan Kickham
Stay up to date