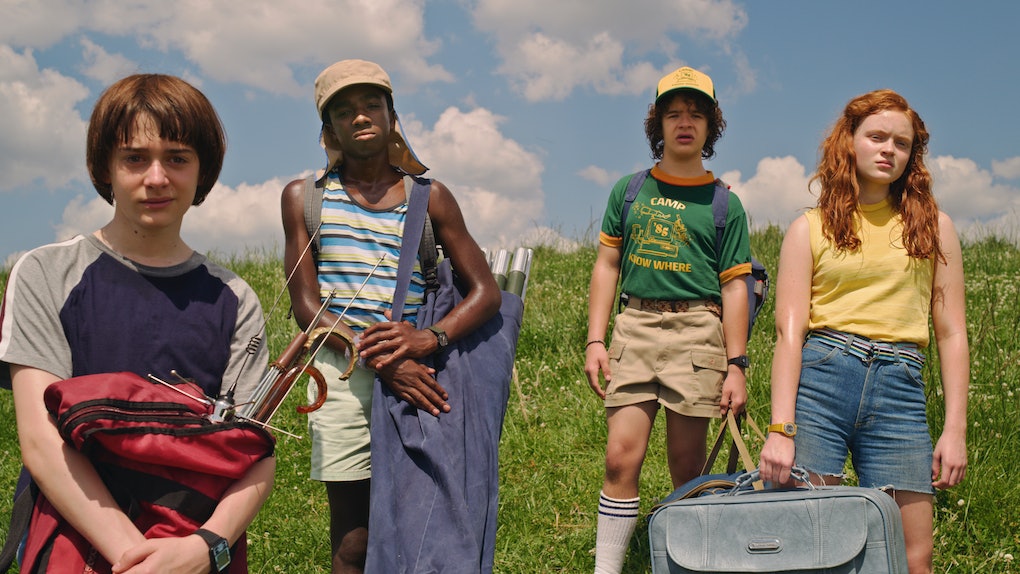 This post contains spoilers for Season 3 of Stranger Things. Season 3 of Netflix's Stranger Things ended on a devastating note as the Russians' machine opening the portal to the Upside Down imploded and seemingly killed Jim Hopper in the process. The season concluded with the Byers family and Eleven moving away from Hawkins, but not before Eleven read the heartbreaking speech Hopper had prepared to give her and Mike. Hopper's advice has inspired plenty of tearful tweets from fans, but these Stranger Things 3 memes also include funny moments that will hopefully distract you from doing as Hopper says and keeping the door open three inches.

Although the finale's post-credit scene inspired speculation about Hopper (David Harbour) surviving, his emotional, posthumous farewell has dominated a lot of the online conversation about the new season. After all, he had just comforted adoptive daughter Eleven (Millie Bobby Brown) and Joyce (Winona Ryder) had agreed to a date with him before a fight with a Russian brought Hopper within dangerous proximity of the machine. Eleven later reading the speech Hopper intended to deliver to her and Mike (Finn Wolfhard) then turned a formerly hilarious command for the teen couple into a gut-wrenching "I love you."

Nobody is truly over that ending, but at least fans on Twitter have found relatable GIFs and videos that properly demonstrate their grief.

Some fans even compared the fatherly goodbye to Tony Stark's (Robert Downey Jr.) parting with his daughter in Avengers: Endgame. Consider this a petition to have less fictional father-daughter heartbreak in 2020.

Of course, like any season of Stranger Things, there were plenty of highs to balance out the heartbreaking lows. While his friends were experiencing the roller coaster that is young summer love, poor Will Byers (Noah Schnapp) just wanted to hang out in the Wheelers' basement and play Dungeons & Dragons. His fifth wheel status and reluctance to grow up resonated with viewers, who understood that Will's maturity was partially delayed because he was trapped in the Upside Down as a child. Give the kid a break, boys!

OK, so even the Will memes have a tinge of sadness to them. The same bittersweet nature is present in Twitter's odes to Alexei (Alec Utgoff), the Russian scientist Joyce and Hopper kidnapped for more information about the strange magnetic occurrences across town. The character won over viewers with his innocent smiles and love for cherry-flavored Slurpies, and his untimely end at the Fourth of July carnival also upset audiences.

Oh, Stranger Things. You send hearts soaring only to crush them by the final episode. Luckily, folks on Twitter are always up for communal commiseration in the most entertaining form.

Season 3 of Stranger Things is streaming on Netflix.