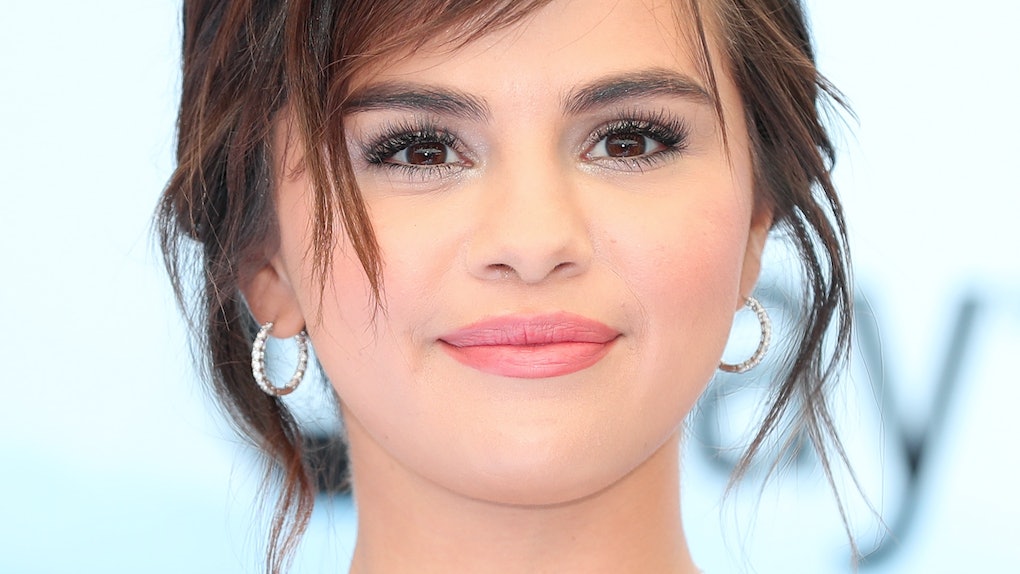 It's a little Christmas miracle, you guys! Selena Gomez just surfaced on Instagram after staying off of the social media platform for months and fans are so happy to see her. Gomez went snow-tubing with her old Wizards of Waverly Place co-star Bailee Madison and a big group of other pals. TBH, the pictures are giving me serious FOMO. In fact, the photos of Selena Gomez snow-tubing with friends will probably have you calling up your old crew to hit the slopes, too.

While Gomez didn't share any pictures herself, most of her crew did. The group consisted of Gomez, Madison, their BFF Connar Franklin, Franklin's boyfriend Aaron Carpenter and sister Caroline Franklin, and pal Austin North. From here, it looks like the gang clearly picked the perfect sunny, snowy day in Big Bear, California, to enjoy the twinkly mountain. Ya know, the kind of day where there is plenty of snow on the ground but all you need is your Taylor Swift Reputation tour sweatshirt to stay warm. (Yes, Selena. I see you, girl.)

Madison shared a picture of herself, Gomez, and Connar with the caption "my snow (angel emoji)." In only 14 hours, it racked up more than 200,000 likes, including a heart from T-Swift herself. In the picture, Gomez is displayed front and center with a warm smile.

Here are a few other joyful pics shared by Connar:

Is this weirdly making you nostalgic, too?

Mainly, Selenators are just happy to see their girl out there living her best life. In September, the "Bad Liar" singer announced she would be stepping away from her Instagram account for an indefinite amount of time (again). She explained the move was to give herself more space so she could be present IRL and to take a break from haters. (Some people might have initially pointed to her ex-boyfriend Justin Bieber's sudden marriage to model Hailey Baldwin as the catalyst for her departure, but Gomez truly seemed to take all of that news in stride.)

While she's done this in the past and always resurfaced, it always makes her fans a little uneasy. Like, where you going, girl? Is everything fine? Can we come?

Gomez announced her Instagram departure with a smiling selfie and the following caption:

Mood lol (I was looking at myself in the mirror -like an idiot!) Update: taking a social media break. Again. As much as I am grateful for the voice that social media gives each of us, I am equally grateful to be able to step back and live my life present to the moment I have been given. Kindness and encouragement only for a bit! Just remember- negative comments can hurt anybody’s feelings. Obvi.

She briefly popped back up on Puma's Instagram account to promote her Strong Girls collaboration line, SGxPUMA, and that was pretty awesome, too. Fortunately, Gomez's fans can live a long time off one or two pictures of their queen, so hopefully, the snow-tubbing images will carry them through the end of the year.

Happy Holidays, Selena! We love you, for real.