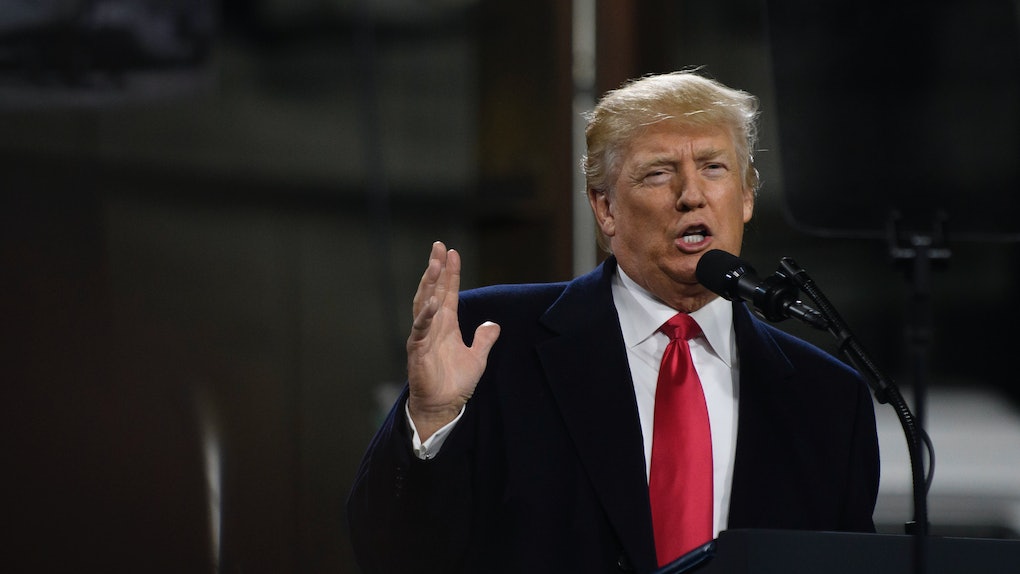 Trump and his administration really wants us to believe that he is working hard through this government shutdown. So much so that the White House e-mailed out official photographs to media outlets and news correspondents on Jan. 20, with the subject line reading, “Photos of President Donald J. Trump working in the White House during the Democrat shutdown.” My guess is that Trump's press staff assumed that they'd get some good publicity out of the move. Well, the pictures did exactly the opposite, and Twitter is having a field day posting about the pictures of Trump "working." I'm not exactly sure what these snapshots are supposed to prove to us, but I remain unconvinced that Trump is actually working here. I mean seriously, take a look for yourself.

Journalists did exactly what The White House wanted them to do and shared the pictures they received on social media.

But instead of what I'm betting was meant to be good press for Trump turned into a hilarious joke.

Twitter users were not letting him live these pictures down.

Let's take another look at these shots of Trump "hard at work" during the shutdown, per Press Secretary Sarah Sanders.

I mean in all honestly, does it look like Trump is actually working in these pictures?

Let's go over what is actually photographed here. We see Trump at his desk in the Oval Office, and there is literally zero paperwork in sight. So what is he actually working on in there? Is there someone on the other end of that phone? Then we have Trump strutting though an outdoor portion of the White House, so what's he accomplishing there? And lastly, we have Trump talking to his own staff and everyone appears to be in great spirits. The government is shut down, you all should not be laughing! And also let's not forget the campaign hat that Trump is sporting in all of these. You already won, Don. No need to emphasize that more.

Trump's administration is officially calling this the "Democrat shutdown," but there are definitely two sides to this shutdown coin. How does Trump think this all works exactly? Let's go over the basics here. Congress was unable to reach an agreement on a government spending budget before current funding would run out on at the end of the day on Jan. 19. So just before midnight, it was announced that the government would officially shut down until an agreement is reached.

Trump blamed the Democrats directly by officially dubbing this the "Democrat shutdown," but Senate Minority Leader Chuck Schumer (D-N.Y.) blamed the president directly. Schumer said to reporters, "Negotiating with this White House is like negotiating with Jell-O, it is next to impossible." What is stopping both sides of the aisle from moving forward with passing a spending bill? One of the central issues is that Democrats and Republicans are unable to come to an agreement on Deferred Action for Childhood Arrivals (DACA). The program protected nearly 800,000 undocumented immigrants brought to the U.S. as children from deportation, and the Trump administration announced the end of DACA on Sept. 5, 2017. Congress now has a chance to save the program with the new spending bill. So Democrats would not vote on any spending bill that did not address DACA, hence not passing a new bill by the deadline and essentially forcing the shutdown.

So, there's a lot to be said about negotiation that should be coming from both sides of the aisle. If Trump was actually working through the shutdown, don't you think that he should be talking to the senators and representatives that are the ones working to try and negotiate a deal? But instead, our president is apparently posing by an empty desk. Nice try, Trump. But you're not fooling me.