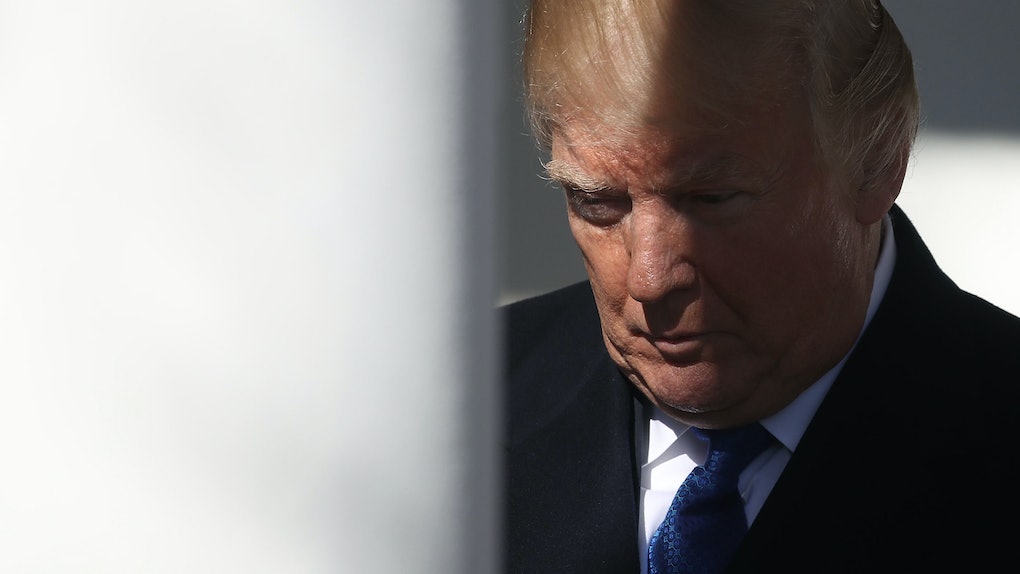 Weekends are ideally filled with nothing but dancing, brunch, copious amounts of relaxation, and more dancing (we hope). But Saturdays like this mean you wake up to discover that there was a government shutdown while you were sleeping — on Friday, Jan. 19 at 11:59 p.m., to be exact. Of course, this makes things a little more tense, and way more chaotic. And while the burden of our crumbling nation might be weighing down on you so much that it's literally about to crush your soul, you should check out these memes about the government shutdown before you go out for mimosas with the pals — they'll 100 percent lift your shattered nerves.

In addition to spending, both parties could not agree on certain issues — DACA included. DACA (Deferred Action for Childhood Arrivals) protected the Deamers, and Democrats were pushing the Republicans for a fix.

According to TIME, during a government shutdown, federal workers for nonessential functions of the government are sent home, or "furloughed." It basically means that a majority of people employed by the government get unpaid time off until the shutdown ends (TIME reports employees can get paid retroactively for their time off). If you're wondering what "nonessential functions" of the government include, they're jobs that aren't 100 percent necessary at all times. Some include positions at national parks or monuments, as well as positions in offices processing passport applications or maintaining government websites. However, many of the government’s primary duties are still performed throughout the shutdown, although the workers may not be paid for it (such as those in the military).

So you might be panicking right now, which honestly makes sense amidst the government-related issues. What does all of this mean for our government in the long run, anyway? While an endless streamline of questions is likely clouding your vision and taking over your mind at this moment in time, just take a second to relax. Scroll through some government shutdown memes. Laugh at the fact that this is all happening coincidentally on the one year anniversary of Trump's presidential inauguration. The fact that our government can't agree on anything isn't your cross to bear, but laughing at memes definitely is.

So if that didn't at least lighten your mood a little bit before you go face first into that sexy plate of Eggs Benedict, I'm not totally sure what will. And even though a government shutdown sounds like a major problem, this actually isn't the first time its happened in the last ten years. Congress is always in some sort of tiff, but are you actually surprised?

The last government shutdown occurred way back in October 2013, when our beloved Obama was still POTUS (boy, those were the days). That particular shutdown lasted for well over two weeks, and it left a whopping 800,000 government employees temporarily out of work without pay. It cost the country $24 billion (yowza!), and, like in all shutdowns, all "nonessential government services" were furloughed. So if you think about it, we survived the last one, and that means we can totally get through this one. Preferably with memes.