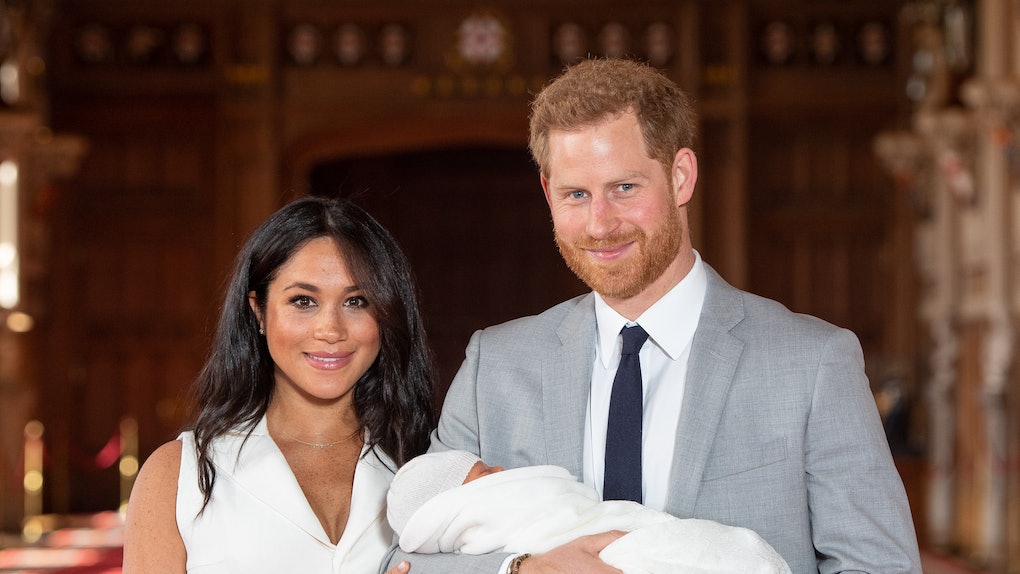 This is what royal fans have been waiting for. More pictures of baby Archie. Ever since the new royal made his debut in May 2019, the fine people of the UK (and the entire world) have been desperate to catch a glimpse of this wee-little one. While the pictures after his arrival were precious, the photos of Archie at his christening are extra exciting. First of all, he gets that stellar outfit. Secondly, he's now roughly two months old which means his features and personality are showing even more.

The Duke and Duchess of Sussex, Prince Harry and Meghan Markle, made the decision to keep the ceremony private. According to a source who spoke with CNN, it's speculated only 25 people were in attendance. This included Archie's great-grandmother, the Queen. The event actually went down in Queen Elizabeth's private chapel at Windsor Castle at Meghan and Harry's request. An insider told People magazine they "wanted an intimate, peaceful setting in a place with such a special connection to Her Majesty."

Fortunately, the public was still treated to a few shots from the special day. The pictures were released via the official Instagram account of the Duke and Duchess of Sussex and show baby Archie looking cool, calm, and collected during his big moment.

Get a load of that mug!

The official Instagram post from Archie's baptism includes two photos. The first photo is a family portrait with Markle, Archie, and Harry in the middle surrounded by family, including Prince William and Kate Middleton; Prince Charles and Camilla Parker-Bowles, Duchess of Cornwall; and Markle's mother, Doria Ragland; among others. According to the BBC, the Queen was not in attendance due to a prior commitment.

The second photo gave royal family fans a more intimate peek at the family and showed Harry holding Markle's arm while Markle held baby Archie in his glorious baptism outfit. This is one of the first-ever looks the world has gotten at Archie's full face — up until now, his parents have mostly shared photos of their son with his face somewhat obscured.

Speaking of glorious baptism outfit, the Instagram photo went into some detail about Archie's fabulous clothing. The caption read:

Their son, Archie, was baptised wearing the handmade replica of the royal christening gown which has been worn by royal infants for the last 11 years. The original Royal Christening Robe, made of fine Honiton lace lined with white satin, was commissioned by Queen Victoria in 1841 and first worn by her eldest daughter.

Talk about a chic look!

The christening was a very private affair and press coverage of the event was prohibited, so if you're waiting for more photos from the family affair, you'll have to wait until more private photos are released. According to the BBC, Markle and Harry are also keeping the names of Archie's godparents private at this time, although they did say they celebrated the day with his godparents in the caption of the photo. Elite Daily reached out to Buckingham Palace for comment on who the godparents are, but did not hear back at the time of publication.

Seems like royal family fans and followers will just have to wait for more photos and information. Until then, everyone can enjoy the adorable photos that have already been released!