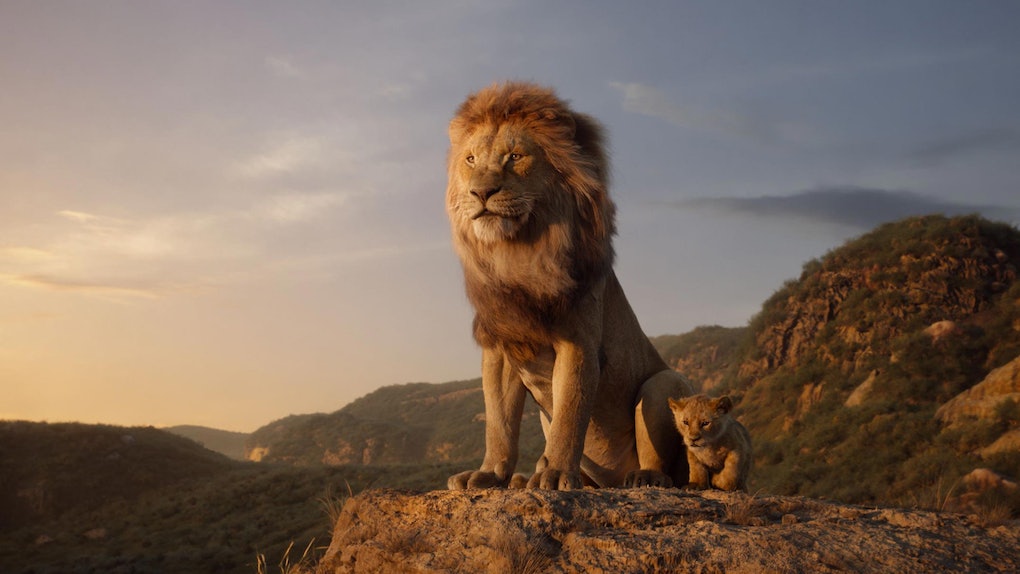 These 'Lion King' Ratings Aren't Good News For The Pride

The year 2019 was supposed to be Disney's big splash in the "live-action remake" department. After releasing one or two a year since diving into the genre in 2014, this was the banner year when Disney released three high-profile recreations of its hit films, using real actors instead of animated characters and photorealistic CGI for animals. But so far, based on their ratings, Dumbo was a bust and Aladdin was merely passable. Now The Lion King ratings are in, and it looks like the House of Mouse might want to rethink the strategy in creating these remakes in the first place.

The ratings for these live-action remakes of Disney's greatest animated hits have been all over the map since it began the great experiment, inspired by 2010's Alice In Wonderland. Maleficent came in with a 54% splat in 2014, but Cinderella was fresh at 84% the following year. Meanwhile, 2016 had two releases that landed on opposite ends of the spectrum: Alice Through The Looking Glass (29% splat) and The Jungle Book (95% fresh).

Audiences have also been fickle. Beauty and The Beast (71% fresh) was 2017's third highest-grossing film, but Aladdin (57% splat) couldn't break the $100 million mark on opening weekend. The Lion King, which is also from the same "Disney Renaissance Age" run of hits, was expected to have more cultural caché, especially with an A-list cast which includes James Earl Jones, Donald Glover, and Beyoncé. But so far critics are not pleased with the results, and, as of this writing, The Lion King sits at a 59% splat with 111 reviews in.

Over at IndieWire, David Ehrlich is just incensed.

[T]his soulless chimera of a film comes off as little more than a glorified tech demo from a greedy conglomerate — a well-rendered but creatively bankrupt self-portrait of a movie studio eating its own tail.

The Associated Press is short and to the point:

The Lion King is missing something. A purpose, maybe, and a heart.

Even the technically positive reviews aren't so keen. Over at TheWrap, William Bibbiani praises the technical mastery of the CGI, and then points out how that undermines the film's premise:

Sometimes it's fascinating, frequently it's ludicrous, and sometimes - like when an incredibly realistic animal dies on-screen in front of you while its only child mourns him - it's borderline grotesque.

As for the box office, whoo boy. This summer has already been super hard on sequels and remakes which don't come with the word "Marvel Cinematic Universe" attached to them. From Aladdin to Toy Story 4, those movies which are technically hits have underperformed. Those films which are thoroughly not hits, like Dark Phoenix and Men In Black: International, have bombed spectacularly.

The assumption going in has been that The Lion King would be one of the "saviors of the summer box office." But Variety is hedging:

Jon Favreau’s high-profile remake of The Lion King is eyeing a massive $150 million opening... according to early tracking... Box office tracking is always something of an inexact science, but predictions have been particularly off this summer with a number of high-profile movies coming in outside of estimates.