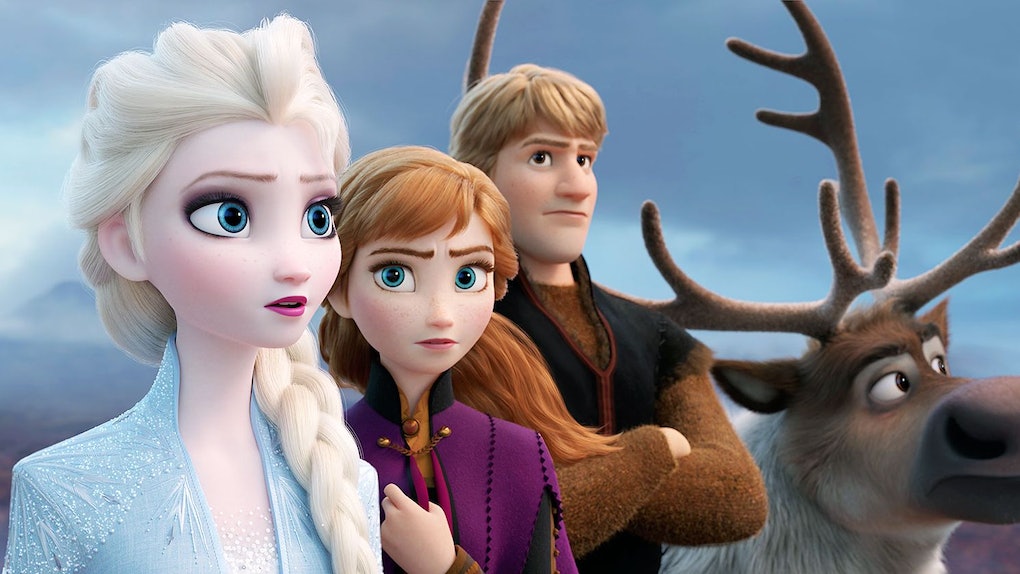 These 'Frozen 2' Ratings Will Instantly Melt Your Heart

This has been a historic year for Disney. In March, it closed the deal to acquire all of 20th Century Fox entertainment holdings. In May, Avengers: Endgame broke a ton of box office records. In July, the company smashed the all-time box office total record, with half the year still to go. On Nov. 12, Disney+ was released, with a reported 10 million subscribers the first day. And on Nov. 22, Disney Animation Studios will release the first theatrical release sequel to a Disney Princess movie ever. These Frozen 2 ratings suggest that Disney's choice to finally do a princess sequel is about to pay off handsomely.

Frozen was a phenomenon in 2013. Disney struggled with how to adapt Hans Christian Andersen's fairy tale The Snow Queen for decades, with plans on an adaptation pre-dating 1937's Snow White & The Seven Dwarfs. The problem was how to make the story relatable to the modern audience. The breakthrough came when the production realized The Snow Queen wasn't evil, just misunderstood.

The result was a film that clocked in at 90% fresh on Rotten Tomatoes and spawned a sensation that even turned the pink princess shelves blue in Disney's flagship stores. Now the sequel is finally here, and it arrives at 82% fresh with 93 reviews logged.

Peter Travers of Rolling Stone believes Frozen 2 can break the curse of sequel-itis:

Forget the convoluted plot. The animation bursts with wonders, and it's a pleasure to re-connect with those empowered sister princesses: Elsa (Idina Menzel) and Anna (Kristen Bell). Why is the sequel never the equal? Frozen II just might break the jinx.

This kind of self-awareness can be a tricky proposition... But the approach mostly works for this sweet, diverting sequel, which understands... just how susceptible the audience might be to "Frozen" fatigue.

And Mara Reinstein of Us Weekly believes the film has its heart in the right place.

Is it as spectacular as the original? No, but let it go. It's still a beautifully designed, sharply written, and toe-tapping piece of family entertainment.

Frozen 2 has big box office shoes to fill. The original film brought in $93.9 million on opening weekend and went on to gross $400 million domestically and $1.2 billion worldwide. Most prognosticators are assuming Frozen 2 will beat the original and open north of the $100 million mark, but Disney is lowballing it at $90 million or so, according to Deadline. But even so:

Countering any asterisk to Frozen 2's lowball projections is the fact that advance ticket sales for the pic among theater circuits like AMC are posting records for an animated pic, well ahead of Toy Story 4 and Incredibles 2... Even if Frozen 2 comes up short, it’s in for the long haul over the holiday period.