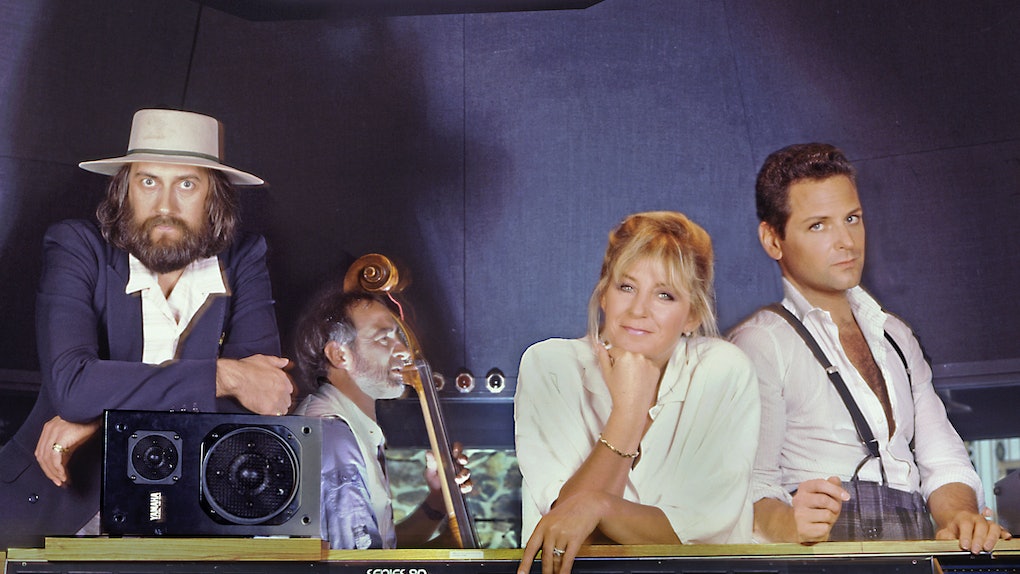 It's always refreshing when a new trend meets an old trend. In the summer of 2020, that unlikely, yet beautiful, mashup happened when Fleetwood Mac's 1977 hit song "Dreams" found it's place on TikTok and quickly made for a viral video. TikTok users could open the app at any given time and see groovy videos of people skateboarding to the track and it brought instant happiness. That's why we rounded up these five other Fleetwood Mac songs for TikToks that are just as catchy and viral-video worthy.

While there were millions of TikToks set to "Dreams," the most popular might be Nathan Apodaca's video of himself casually skateboarding down the street while chugging cranberry juice straight from the bottle. The video got so much attention that as of October 2020, it now airs on TVs as an official commercial for the social media app.

Apodaca's video came about just like how millions of other TikToks do: by chance. "I grabbed my longboard, grabbed my juice, and then took off,” he told E! News. “I was looking through my favorite songs and Fleetwood Mac is in the top 10. It just felt right and I did it all in one take.” Apocada's video now has more than 60 million views thanks to his effortless vibes and his flawless music taste.

"Dreams" isn't the only Fleetwood Mac song that can captivate an audience, though. Next time you're looking to make a statement on TikTok, try out these songs below.

Lyrics like "Tell me lies, tell me sweet little lies," from this 1987 Fleetwood Mac classic is sure to get stuck in your head. Pair it with an relatable TikTok video about a rollercoaster relationship, and you've just upped your chances of going viral.

This 1987 song could instantly inspire TikToks with it's catchy tune. Just imagine all the fun things you could be doing while the lyrics, "Oh come along baby / We better make a start / You better make it soon before you break my heart," play in the background.

The lyrics to "Monday Morning" are pretty much perfect for a TikTok video posted at the top of the week: "Monday morning you sure look fine / Ah Friday I got travelin' on my mind / First you love me and then you say it's wrong / You know I can't go on believing for long."

This 1975 track is the perfect coming of age song that could give you the inspiration you need to make the next emotional viral TikTok video. Stevie Nicks wrote the song one year prior to joining Fleetwood Mac and told Rolling Stone, "You can feel really old at 27," something many TikTokers can relate to.

More like this
These Songs About Loving Yourself Need To Be On Your Playlist
By Michele Mendez
These Tweets About Taylor Swift's "Mr. Perfectly Fine" All Ask 1 Important Question
By Sydney N. Sweeney
17 Times Singers Dissed Their Exes In Songs & Left Everyone Shook
By Corinne Sullivan
Stay up to date