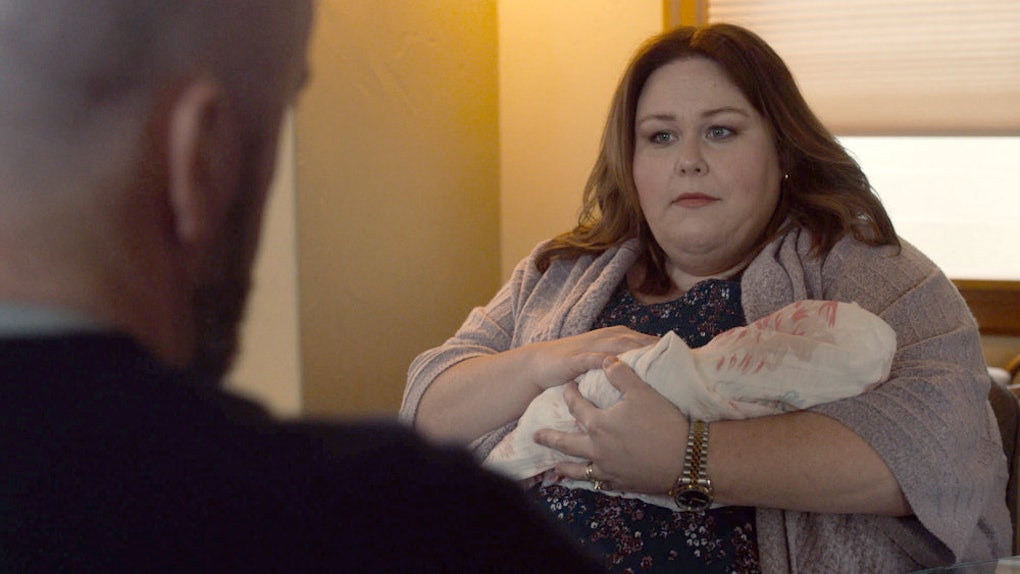 This Is Us has always been a show that thrives on audiences' lack of information. Jack's death, which was the show's central mystery for a season and a half, wasn't a surprise — fans already knew it was going to happen; it was just tragic to find out how it happened. By keeping the details under wraps, the series built a massive following who speculated about how things might play out. Since then, the show has done this again and again. Will Beth and Randall divorce? Will Kate and Toby adopt? Now, the latest This Is Us mystery is about the life or death of a main character. And I hate to break it to you, but the clues Kate dies in This Is Us are starting to pile up.

Warning: Spoilers through This Is Us Season 5, Episode 10 follow. One thing fans should keep in mind is that, except for Jack's death, This Is Us has mostly pulled its punches when it comes to family tragedies. Despite a rough patch in Season 3, Randall and Beth are in it for the long haul. The adoption of Hailey was refreshingly twist-free. Even a threatened upcoming deterioration of Rebecca's health turned out to be due to contraindicated medicines, not a rapidly declining mental state.

On one hand, that can make fans wary of jumping to conclusions about Kate's fate. But on the other, it also means the show is due for another major blow to the Pearson clan. Will it be Kate dying? Here are the clues that it just might be the case:

1. Kate & Toby Are (Probably) No Longer Together

The first flash-forwards were revealed at the end of Season 2, as fans met "Old Randall." But it was the flash-forward in the Season 3 premiere that started this mystery surrounding Kate. In it, Randall called Toby and pushed him to get out of bed and meet with him. Although fans didn't know it yet, Toby was sitting in the bedroom of his and Kate's future home. But the conversation, Kate's absence from the scene, and Toby's lack of wedding ring all but confirmed the couple is no longer together in 2034.

Jump ahead to Season 4 episode "Clouds," a moment that felt like the "make or break" for Kate and Toby. Instead of breaking, Toby went all-in on saving their relationship. He admitted he wasn't handling Jack's disability well, but he decided to step up, turning the garage into a music studio for Kate and Jack to play in. In a montage, Jack then grew up making music in the garage, first with his mom, then with friends, and finally as a soloist.

But there's a red flag here. If Kate and Toby divorced, why would Toby keep the house? Jack's disability would make it so both parents would want him to stay where he knows his way around. Kate would not want to leave her son behind, and Toby's not the kind to fight her on that, no matter how bitter a separation they might have. This is the first significant clue that they don't get divorced, but instead Kate possibly dies.

3. "They're On Their Way" In The Flash-Forward

The reason everyone assumed Kate and Toby were divorced came from a previous flash-forward in the Season 3 finale. When Toby arrived in the scene, he says Jack texted him that "they are on their way." As fans did not know about Jack's disability yet, or about Hailey, the assumption was that Kate and her son were arriving separately from wherever they now lived.

But fans now know that's not correct. Hailey and Jack presumably grow up together. Suddenly "they" no longer necessarily includes Kate; it could mean Hailey and Jack.

Jump forward to the mid-season premiere of Season 5: Kate and Toby are once again heading for trouble. Toby lost his job in the pandemic. So far, Kate's taken this in stride. Divorce seems the furthest thing from a possibility.

But in the "sushi skirmish" with Kevin in Episode 10, Toby made a declaration, saying his family did not need help from Kevin and never will. It's a prideful statement on the surface, the kind of realistic fight that happens when financial inequality exists between siblings. But it's also something fans should remember — should things go south, Toby has trouble accepting Kevin's help and generosity. How much will Toby have to eat his words in the future if Kate's not around?

Episode 10 also showed Kevin doing an end-run around Toby's refusal of future financial assistance. He made Kate promise, should Jack and Hailey ever need anything, she would come to him. Kevin sees his money as the family's money, so he won't let Kate's kids go without, no matter what.

Suddenly, the flash-forward with Jack and Hailey staying with Kevin at his giant house while Toby stays behind is starting to add up. Kate promised Kevin she would turn to him should her kids need help, and Toby is the kind of man who would honor that. But he won't take help himself, and he would convince himself that he is not welcome at family gatherings if Kate's not around.

These clues drew into focus toward the end of Episode 10, when Kate called Rebecca. Technically, Kate called to thank her mom for never letting them feel the pinch of poverty as kids. Kate noted Rebecca managed to do that their whole lives, even after Jack's death threw the family the ultimate curveball.

Rebecca responded that Kate's family has already lived through some curveballs themselves. Was this foreshadowing Kate's absence in the future by calling back to the past? Considering what fans know about the future in 2034, it sure feels like it.

The show further cemented this path with the final moments of Season 5, Episode 10. Kevin began to talk about how, as a kid, he pictured living in a house big enough for everyone — a Pearson compound, if you will, not unlike the dream home out in the woods he eventually built. But just as Kevin agreed with Madison these are dreams for the future and he wants to focus on his little nuclear family, Uncle Nicky showed up.

Thanks to the flash-forward, fans already know Nicky will be at the compound and seems to live there. The question now is, what drives Kevin to take that step to build his dream mansion? Is it having Nicky and a nanny both in their house at once with twins? Or will there be another impetus, a need to take in his niece and nephew, when another family curveball hits Kate and Toby? Kate was always the unflappable one. If Kate indeed dies, Toby will not be able to handle it alone, no matter what he says.

This Is Us continues Tuesdays at 9 p.m. ET on NBC.

More like this
These 'The Nevers' Theories About That Flying Ship Are Absolutely Bonkers
By Ani Bundel
These Fake 'Riverdale' Brand Names Are Even Better Than The Real Thing
By Rachel Varina
Who Are The Touched In 'The Nevers'? Their Abilities Are Completely Wild
By Ani Bundel
Stay up to date