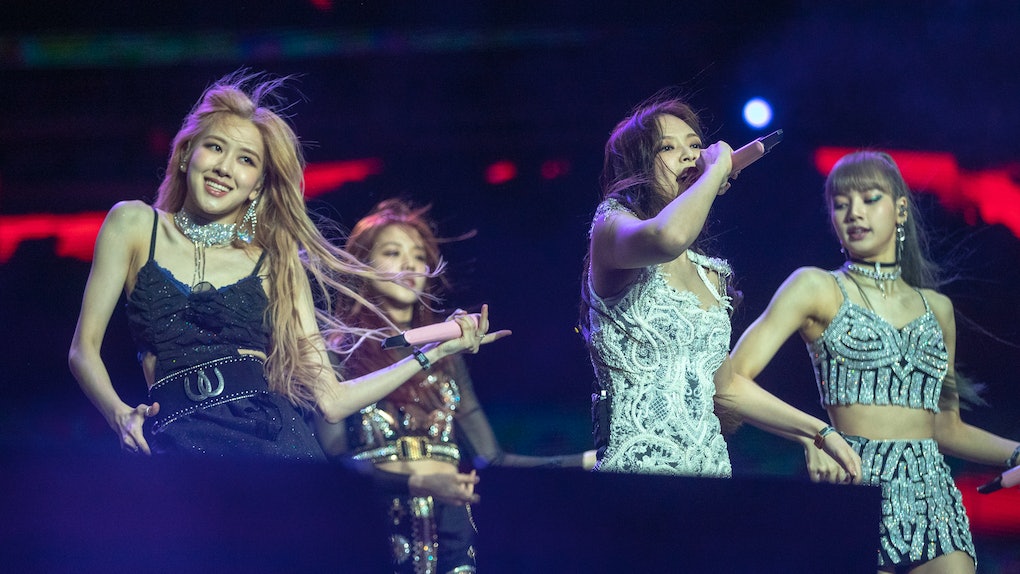 These 'BLACKPINK: Light Up The Sky' Netflix Documentary Details Are Everything

Not only is BLACKPINK about to bless fans with a new album, but the girl group is also releasing a full documentary to go along with it. Netflix announced a new documentary all about Jennie, Jisoo, Lisa, and Rosé will premiere shortly after the K-pop stars drop their debut international album in October. Obviously, this will be a must-watch for BLINKs, so here are all the BLACKPINK: Light Up the Sky Netflix documentary details to get you pumped for the premiere:

The year 2020 may be pretty crappy overall, but it's actually been great for BLINKs. Earlier this year, BLACKPINK collaborated with two of the biggest pop stars in the world to create a pair of hit singles: "Sour Candy" on Lady Gaga's Chromatica album and "Ice Cream" featuring Selena Gomez. It's all leading up to the moment BLINKs have waited years for: the group's official international debut album. BLACKPINK technically has released an album before — 2018's Blackpink in Your Area — but it was released only in Japan, making their upcoming album, which is simply called The Album, their proper debut LP.

The new Netflix doc will chronicle the making of BLACKPINK's highly anticipated album, and will also give superfans an inside look into the day-to-day live of Jennie, Jisoo, Lisa, and Rosé.

When does BLACKPINK: Light Up the Sky premiere?

The movie will hit Netflix just a few days after The Album drops, which will give BLINKs plenty of time to fall in love with all the new BLACKPINK music before watching the process of making the album. The Album will be available on Oct. 2, and BLACKPINK: Light Up the Sky will begin streaming on Netflix less than two weeks later on Oct. 14.

What will BLACKPINK: Light Up the Sky be about?

The primary focus of the new documentary will be the making of The Album, but the film will also give fans a whole new perspective on some of BLACKPINK's biggest performances in recent years. For instance, Netflix confirmed the group's 2019 Coachella set will be a key part of the movie.

Along with diving deep into their professional lives, the documentary will also take fans into the personal, day-to-day lives of Jennie, Jisoo, Lisa, and Rosé, featuring exclusive interviews and footage of the singers.

Get ready to stream BLACKPINK: Light Up the Sky when it premieres on Netflix on Oct. 14.

More like this
'He's All That': Premiere Date, Cast, Trailer, Filming News, & More
By Dylan Kickham
Is Netflix Making A 'To All The Boys' Spinoff Series About Kitty? Here's The Tea
By Rachel Varina
'Selena: The Series' Part 2: Netflix Release Date, Trailer, Cast, & More News
By Dylan Kickham
Stay up to date