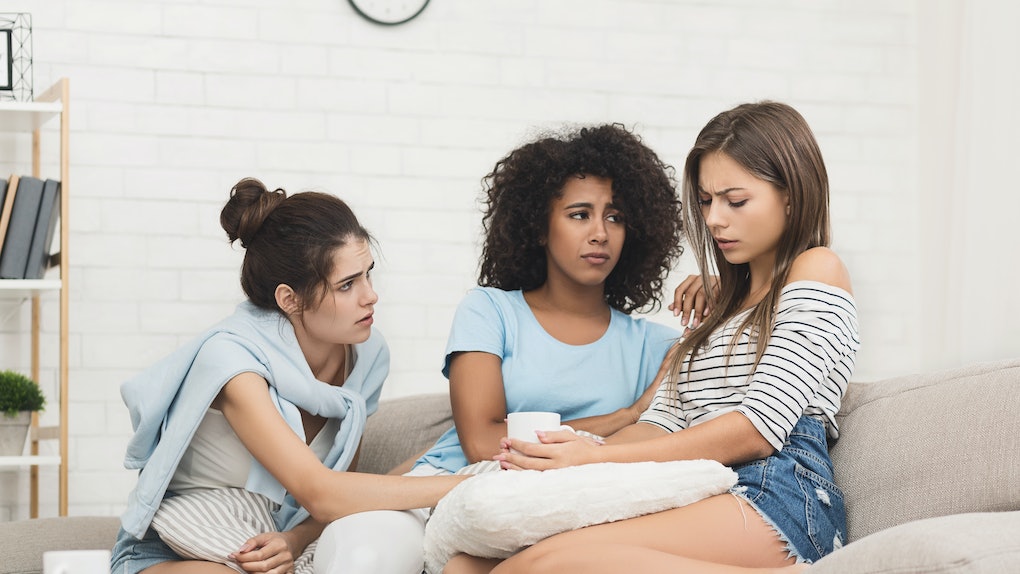 These 3 Zodiac Signs Will Have The Worst Fall Equinox 2019, But You'll Get Through It

The fall season is approaching, which unfortunately means summer is sadly coming to an end. I'm probably being biased here because I'm a summer baby — and live for sunshine and bathing suits over breezes and jackets — but there's no denying that these zodiac signs will have the worst fall equinox 2019: Cancer, Scorpio, and Pisces.

Like everyone else, these zodiac signs will have good days and bad days... with a slight lean toward the latter during the fall (or autumn or September) equinox. In the end, though, it's all going to be alright. Trust me.

Let's take a moment to reflect on the essence of the mysterious season that is autumn first, shall we? Also known as the season of harvest, according to FiveElementHealing.net, fall is a time of growth, maturity, and preparation. What have you diligently worked on during spring and summer? What have you accomplished for yourself in the past few months? This is the season to soak it all in and perhaps even celebrate your accomplishments. However, and on a more "mature" note, now is the time to also prepare — mentally and physically — for the cold winter months ahead.

With that said, here's what this time of preparation, the fall equinox, has in store for Cancer, Scorpio, and Pisces:

Cancer: You're In Your Feels

I know what you're thinking, Cancer. When are you not in your feels? Despite that being true, the sun, Mercury, and Venus will be hovering over your domestic fourth house of home, family, and emotional foundation for the majority of the season. However, the moon — your ruling planet — will be in your sign on the day of the fall equinox. Keep in mind that this is the first day of Libra season, and Libra is a fellow cardinal sign, which means you naturally square each other.

FYI, squares bring tension which, in turn, challenge you to take action. What does this mean, exactly? Well, setting emotional boundaries is a start. With the moon and North Node in your sign — not to mention at odds with the sun, Mercury, and Venus in your family sector — something's gotta give. For instance, are you family members meeting you halfway? Is your partner willing to compromise for you and your loved ones?

Scorpio: You're Second-Guessing Yourself

Oh, Scorpio. The fear of betrayal is deeply ingrained in your emotional psyche — but that's not going to get you anywhere, is it? With the sun, Mercury, and Venus activating your secretive 12th house of closure, dreams, and karma for the majority of the season, you'll likely be feeling more introverted than ever. However, instead of second-guessing every single emotion you have, why not take advantage of this time to get some rest?

You might feel a bit restless on the day of the fall equinox. With the moon sitting alongside the North Node in your expansive ninth house of opportunities, you'll likely be emotionally invested in your future goals. However, given that both of these celestial entities will be at odds with the sun, Mercury, and Venus, you might also feel insecure about your decisions. Take a deep breath, Scorpio.

Pisces: You're Reading Between The Lines

Got a secret, Pisces? With the sun, Mercury, and Venus shaking up your auspicious eighth house all throughout Libra season, you'll be craving more intensity than usual. This area of your chart has everything to do with sex, intimate unions, and joint ventures. So if you're in a committed relationship, themes related to your partner's finances will likely be at the front of your mind during this time.