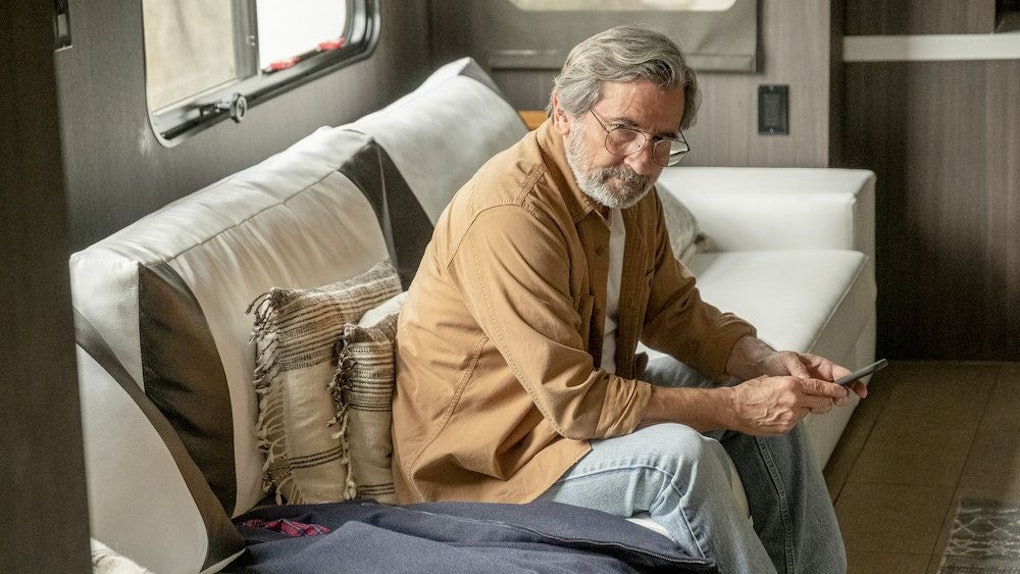 This Is Us has now ended two seasons in a row on flash-forwards to the future. Season 3 ended by revealing Rebecca's final days, where she's surrounded by family in Kevin's house. Season 4 ended with more of this moment, with Kevin and Randall reconciled. In both scenes, Uncle Nicky, Jack's younger brother, sits at Rebecca's bedside, while her current husband, Miguel, is nowhere to be seen. Fans have been asking a lot of questions as to how this happens. The latest This Is Us theory about Rebecca and Nicky gives one explanation to Nicky's presence, and it's a doozy.

For Kevin, Randall, and Kate, learning their uncle was alive at the age of 38 was shock enough. But for Rebecca, now in her late 60s, it was the an earth-shattering revelation about her late husband she wasn't ready to process. As such, Nicky's connection to the family has almost nothing to do with Rebecca, even though they are of the same generation. It's through Kevin, who has doggedly refused to give up on his uncle.

Since Nicky bonded with his nephew, his being at Kevin's house isn't a surprise for fans. The question is why he's at Rebecca's bedside. They must have formed a deep relationship for him to be keeping vigil like this.

Or have they? Because there's another theory that suggests Nicky is there not because Rebecca wants him to be, but because she looks at him and sees Jack.

One of the hallmarks of Alzheimer's is that those who suffer from it lose the ability to recognize the people around them. Rebecca already said when she first learned about Nicky that he reminded her of her late husband. As Rebecca's condition worsens, will she look at Nicky and believe Jack is here for her? Is Nicky holding vigil as a way to honor his brother by being "Jack" for Rebecca in her final days? (Is that why Miguel is not in the room?)

It's a heartbreaking answer, but not one viewers would put past This Is Us.