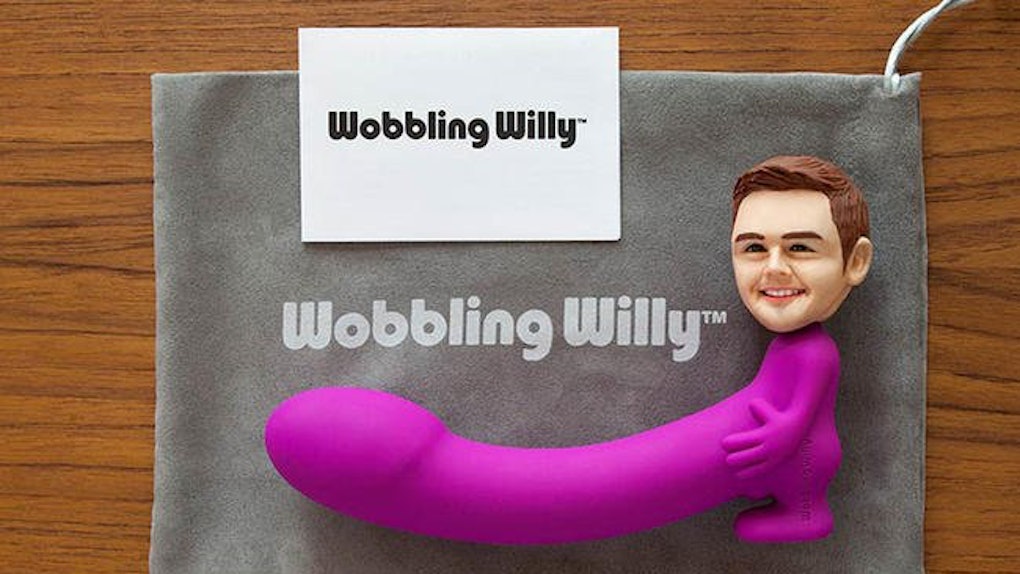 So the holidays are right around the corner, and maybe you STILL don't know what to get your bae. I mean, there are the obvious choices. You could write them a nice, loving card. You could get ~crafty~ and make them a collage. You could frame a picture of the two of you. You could get them tickets to that concert you've both been dying to go to. You could get them that sweater they've not-so-subtly hinted they want. But you know, why bother with any of those when the Wobbling Willy dildo is now an option on the table?!

So, here's how it works. Find a picture you like of bae, or, you know, a super funny one of them, depending on the type of relationship you have. Whatever floats your boat. Submit a few pics of their face over to the Wobbling Willy website. And then, for $99, you'll get your very own dildo with a 3D, ceramic bobble head of your partner's face on the handle. And if you're wondering how accurate the face will come out, don't worry about that! The site also lets you give feedback throughout the process regarding how you want the face to look.

And you don't just have to get one with your partner's head on it. There are plenty of other ways for you to put this gift to use... if you're into this kind of thing, I guess. You could send in a picture of your own face and give it to your partner as a gift for them to use. The Wobbling Willy website even came up with the GENIUS suggestion of giving it as an extremely creepy gift to an ex-boyfriend or girlfriend. HA, THAT'LL SHOW 'EM. This is also obviously an excellent secret Santa gag gift for one of your friends. I mean, is there anything funnier than getting your best friend a dildo with a wobbling ceramic face of that weird dude she went on one date with who won't stop texting her "miss u" every 10 minutes?

Still need some more detail on the mechanics of this thing? Check out its anatomy below.