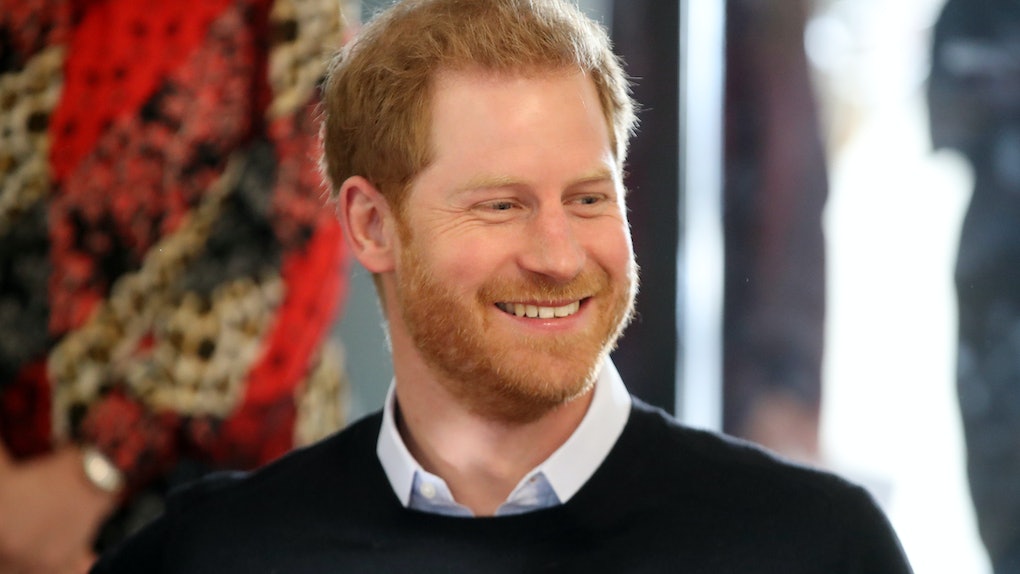 By now you know that Prince Harry and Meghan Markle are expecting their first child. What you don’t know is that Prince Harry has lots of questions about being a dad. And he asked an interesting question recently while meeting with a mom and her 3-month-old baby. The video of Prince Harry asking about a baby’s sleep habits shows that he’s gearing up to be the best dad he can be.

Sky News’ royal correspondent Rhiannon Mills shared a video on Twitter of Prince Harry having a bit of fun during his visit to YMCA South Ealing. In the video, you can see Prince Harry playing with a baby and asking the mother if she sleeps well at this stage of the game. In her tweet, Mills explained the situation.

“#PrinceHarry makes a beeline for 3 month old baby Naz and her mum Maria on his visit to @YMCAWestLondon where they do ballet lessons to help raise funds. And the thing he really wanted to ask about...sleep #BabySussex,” Mills wrote.

As cute as all that sounds, the video of the actual interaction is even cuter. Prince Harry is all smiles when greeting the mom and her little one. He even gets baby Naz to laugh a little bit. You can check out the adorable encounter down below:

Baby Naz wasn’t the only kid that Prince Harry had a bit of fun with. He also took a few minutes to chat with some tiny ballet students who schooled him on a few ballet poses. Prince Harry definitely isn’t a natural ballet dancer, but he tried his best, for sure! Here’s the video Sky News’ Mills shared on Twitter:

Too cute! Prince Harry seems to love having fun with the kids he meets and is totally willing to look silly just to give them a laugh. I’ll bet he’ll be a wonderful dad to his future children. Speaking of children, new details have recently emerged about Harry and Meghan’s birthing plan.

According to a March 30 report from The Sun, Harry and Meghan have decided that their baby will be born near Frogmore Cottage at Windsor Castle. It’s tradition for royals to give birth in the Lindo Wing at St. Mary’s Hospital, so Harry and Meghan’s birthing plan is a bit unusual by royal standards.

The Sun’s source also revealed Meghan and Harry want as much privacy as possible, which is totally understandable.

“Harry and Meghan realise there is intense public interest but this baby is not a direct heir to the throne and they want the birth to be as private as possible,” the source said. “Meghan is nervous about complications such as an emergency Caesarean and doesn’t want the pressure of having to look immaculate on the hospital steps just hours later. Like any anxious first-time mum, she’s worried about the birth itself.”

So, Harry and Meghan are definitely gearing up for the birth of their baby. And it makes sense that Prince Harry would need to ask questions about a baby’s sleep habits as he did in that video shared by Sky News — he needs to be prepared, after all!