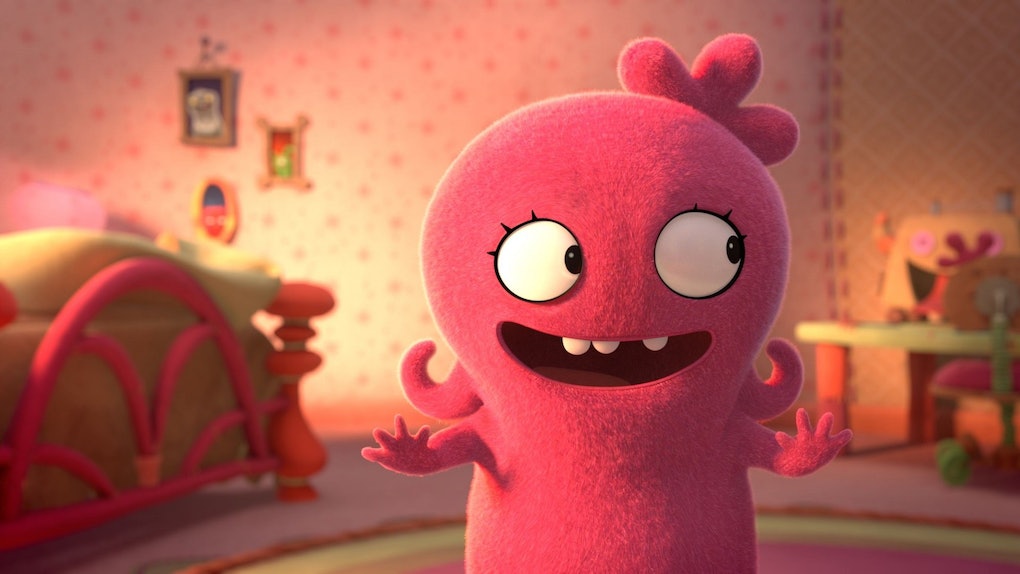 It was only a matter of time. Like every toy from the Smurfs to the Trolls, UglyDolls now have their own movie coming out. The brand of plushies first arrived back in the early aughts, with characters like Babo, Cinko, Ice Bat, Jeero, OX, Target, Tray, Wage, and Wedgehead. A movie was first optioned back in 2011, but it took nearly a decade to get all the way off the ground. Now the latest UglyDolls trailer featuring Kelly Clarkson and Nick Jonas is here to remind everyone "ugly" isn't a bad thing, it's just different.

At least, this is how "ugly" is defined in Uglyville, the place where all misshapen dolls who didn't come out quite right go. The cast is an all-star affair with Kelly Clarkson as Moxy, an UglyDoll, and Nick Jonas as Lou, a Perfect Doll, who bullies others into the pursuit of perfection.

They're joined by a who's who of misshapen plushies, with Pitbull as Ugly Dog (like Clarkson, he also contributes to the film's soundtrack), Wanda Sykes as Wage, Gabriel Iglesias as Babo, Emma Roberts as Wedgehead, and Blake Shelton as Ox, the unofficial mayor of Uglyville. Over on the Perfect Doll side, there's Bebe Rexha, plus Janelle Monáe as Mandy, Charli XCX as Kitty, and Lizzo as Lydia.

With this much musical talent, you know there will be singing. Check out the new trailer.

Moxy (Kelly Clarkson) loves her square-peg life in this round-hole town, but her curiosity about all things leads her to wonder if there’s something – anything – on the other side of the mountain which nestles Uglyville. Moxy gathers a group of her closest friends and sets off to find what’s on the other side. They discover another world – Perfection – a town where more conventional dolls are trained in protocols before they graduate and are sent to the “real” world to find the love of a child. In Perfection, Moxy and her crew are subject to the manipulations of Lou (Nick Jonas), the perfect doll in charge of training recruits. Here, the UglyDolls will confront what it means to be different, struggle with their desire to be loved, and ultimately discover that you don’t have to be perfect to be amazing because who you truly are is what matters most.

Kelly Clarkson is already out promoting the film early and admitted she wanted to be in an animated movie. Appearing on Ellen, she said:

My whole dream was to be in an animated film. But I did think I’d play a princess, so it’s pretty funny that mine is UglyDolls. Literally, I’m not acting. It just kind of evolved into me. She’s very positive; we’re very similar. I just didn’t want to act. I was like, ‘Can we make her like me?'

Considering Clarkson's last feature film, From Justin To Kelly, was not the biggest of hits, perhaps it's for the best she was just herself in this movie. If nothing else, we can hope the soundtrack for it hits big,

UglyDolls will arrive in theaters just in time for summer, on May 3, 2019.