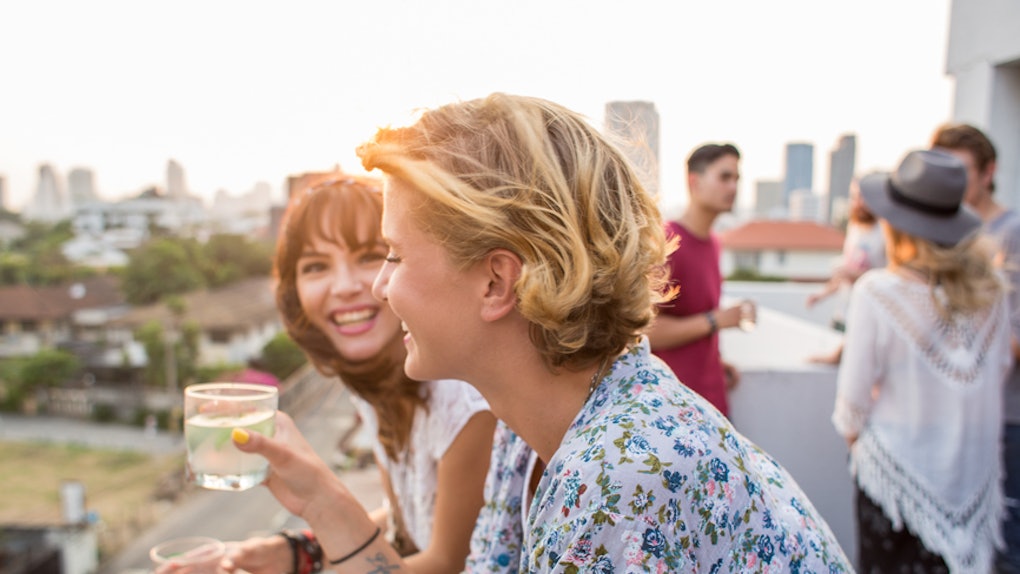 I know couples who've hooked up in every friend group I've ever been a part of. It makes sense that you would fall for someone you enjoy spending time with but it's not always the best idea to act on those feelings. Unless it turns out to be true love like it did for Monica Geller and Chandler Bing on Friends, hooking up with a friend usually ends badly for everyone involved.

At least, that's how my large group of college friends was disbanded. At the time, there were about three couples that had emerged out of the group, each at different phases of their relationships. And they all went down in a fiery blaze of glory, metaphorically speaking that is. One couple became so afraid of everyone hating them for getting together (not true) that they completely alienated themselves from the group. In an ironic turn of events, they wound up hating each other. Although they tried to remain a part of the group once they broke up, the fact that they could never be at the same party at the same time made things hella awkward.

The other couples, whose relationships weren't so clearly defined, quickly realized that talking about sexual partners outside of the group was too difficult to do now that they'd been involved with some of their best friends. We started keeping secrets from each other and inevitably, we grew apart. This would have been the end of it if we didn't all work together at the tutoring center on campus. Karma, am I right?

The truth is, it's never just sex when it's with a friend. By definition, a friend is someone you care about, someone whose secrets you've kept, and someone you've confided in, too. It becomes increasingly difficult to disassociate what you already know about them as a friend with all that you're bound to learn about them once you start hooking up. (Cue Robin Thicke's "Blurred Lines" and all that.)

It's been a few years since I graduated college, so I decided to ask one of the guys in my newer, smaller friend group how he felt about hooking up with someone we know. Turns out, Jon*, a 26-year-old elementary school teacher, says he came pretty close to doing just that. Um, what? Now, he's glad things didn't work out.

There've definitely been moments where I'd think like, 'Yeah, I wouldn't mind hooking up with that person in my friend group.' The one time I came close, we were both pretty drunk and it just didn't end up happening. Thinking back, I feel like it was for the best. As exciting as it might be to hook up with someone in your circle, because I assume you actually like the people you hang out with, I feel like there's a risk that it changes the dynamic of the group. There's a big chance it makes things awkward, unless you're both on the same wavelength. Like, is it just a hookup? Is it maybe more? That's too many unknowns and no one really wants to talk about it.

Jon's right. What happens to the group if your hookup goes wrong? Well, I know from experience that it probably won't be able to survive that hit.

And if your hookup goes well? I asked another friend, Shea*, a 23-year-old public relations specialist, to weigh in.

Honestly, it might throw off the dynamic of the whole group, whether things go positively or negatively, because even if it's positively, then there's still a risk because you'd almost feel pressured to keep PDA to a minimum and now, the relationship is strained!

It's not an ideal situation in either scenario.

If you're dying for a friend with benefits to end your dry spell, you should probably find someone outside of your friend group. Making friends as an adult is hard so you definitely don't want to lose the ones you've managed to keep in your corner. If, on the other hand, you think you might have genuine, romantic feelings for someone in your friend group, that's worth exploring. True friends will respect your decision to pursue a relationship as long as you don't abandon them (or gross them out with your constant PDA) in the process.