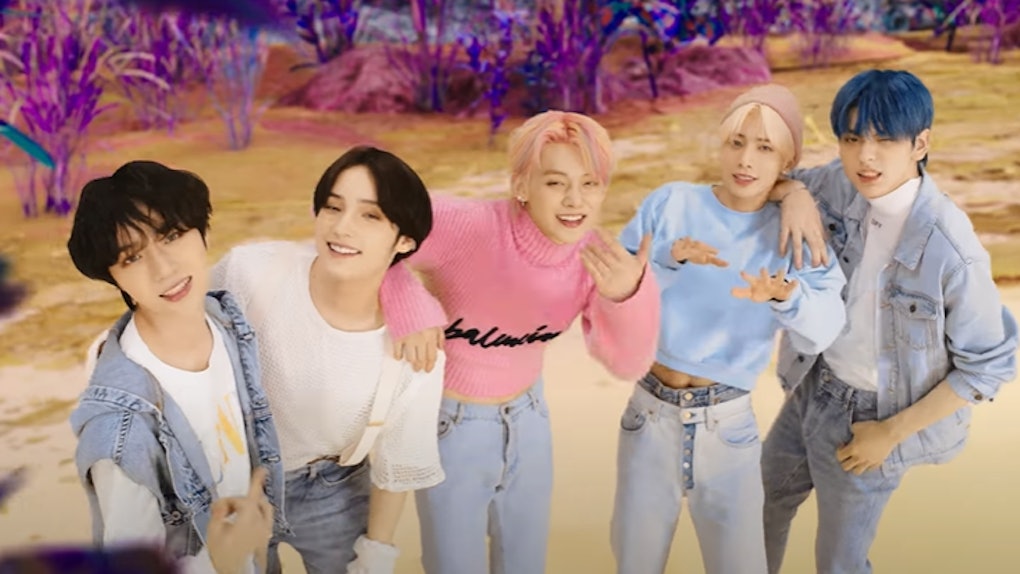 TXT has officially made their second comeback of 2020! On Monday, Oct. 26, they released their EP minisode1: BlueHour, along with the music video for their lead single. The tweets about TXT's "Blue Hour" video say it's so aesthetically pleasing that it'll transport you to a dream world.

Fans knew this EP was going to be something special when TXT revealed it was inspired by how much the world has changed due to the coronavirus pandemic. According to a press release, the third track off the mini album, "We Lost The Summer," describes the "daily lives of teenagers who are living a completely changed life" due to COVID-19. TXT's concept photos reflected this theme by focusing on how people are relying on technology now more than ever in order to communicate.

Fans couldn't wait to hear what the rest of the songs were about and if they were going to follow a similar theme. As it turns out, TXT's title track is about living life in the moment. In the song, the guys take time to appreciate the "blue hour," aka, the time at 5:53 when the sun sets in October.

It's no surprise TXT's "Blue Hour" music video shows the guys watching the sunset. The group starts and ends their video with a shot of the guys sitting on a tree taking the scene in. In between, the guys perform choreography as they explore other parts of their dream world, like a carousel, a field, and a forest.

MOAs can't get enough of the EP, which marks the group's first release outside of their Dream Chapter album series. Fans were so excited to see TXT trying something new this comeback and the tweets about TXT's "Blue Hour" show fans weren't disappointed. They're so impressed by the visuals, saying the music video feels very cinematic.

Clearly, MOAs are loving TXT's world of "Blue Hour" and they never want to leave.