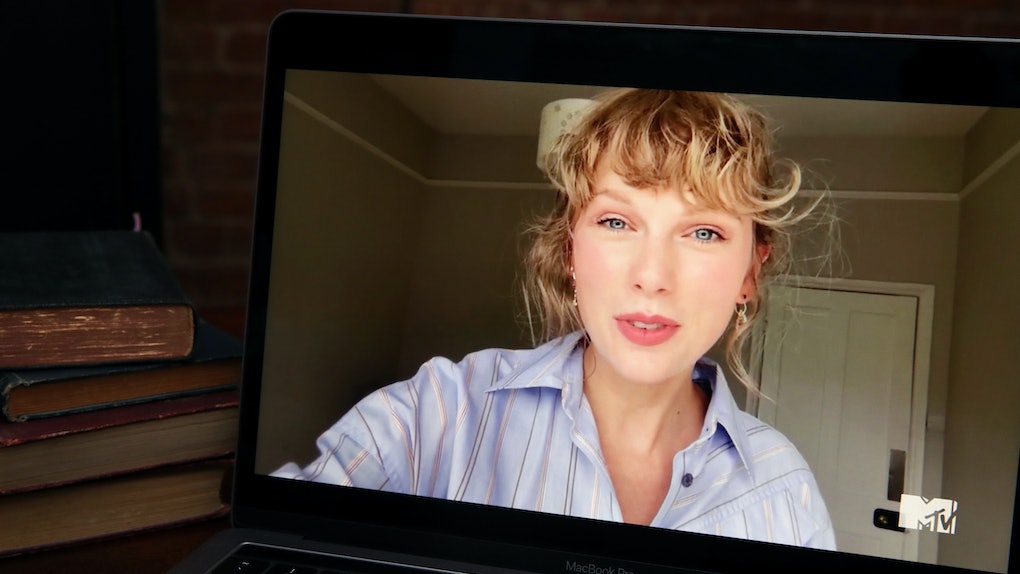 Taylor Swift has already had a huge year with the release of "Folklore." While Swift has already collected many accolades for her latest album, such as staying at No. 1 on the Billboard 200 albums chart for four straight weeks, Swifties were ready for her to claim many more during the MTV Video Music Awards on Sunday, Aug. 30. These tweets about Taylor Swift's 2020 VMAs win show you how proud fans are to be Swifties.

Before the awards show even began, Swift made VMAs history when she was nominated for Video Of The Year for “The Man." Last year, Swift won in the same category for her "You Need To Calm Down" music video, making her the first person to snag a nom in the top VMAs category after winning it the year before since Katy Perry in 2018. (If Swift had won, she would have been only the fourth person in history to accomplish the VMAs feat, with the other three being Eminem, Britney Spears, and Beyoncé.)

Swift was also nominated in the following categories: Best Pop, Video For Good, Best Direction, and Best Art Direction. As the awards began to get handed out, Swift took home the award for Best Direction for "The Man," and Twitter erupted with pride and emotion. It was, after all, Swift's music video directorial debut.

Let's start with this hot take, where a Twitter user threw it back to the time Kanye West famously interrupted Swift's 2009 VMAs acceptance speech:

And here's what else fans are saying about Swift's well-deserved 2020 VMAs wins.

Swift was also incredibly proud of her accomplishment. "You guys, this is amazing," she said in her acceptance speech. "This is the very first video I ever directed on my own. I'm so grateful for this. I want to take an opportunity to say thank you to the team who believed in me as the first time director and made this video with me."

Swift added: "I was told this was an industry voted award so I wanted to thank to everyone in the industry who voted for this video. But I also wanted to thank the fans. I was taken aback by your generosity to me. So thank you for everything. I hope I get to see you soon."

It was a good night for Swift and her fans, that's for sure.