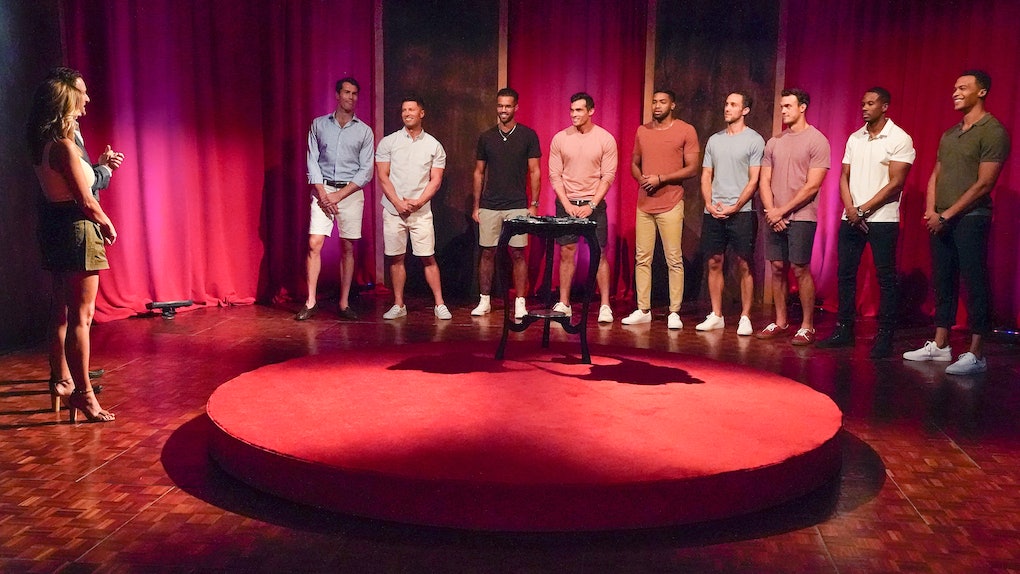 Clare Crawley has some high expectations for her season of The Bachelorette, and unfortunately, her first group date fell a little short. You might actually say it fell a lot short, since it ended up with Clare getting in a fight with all the guys. These tweets about Clare's first Bachelorette group date are truly cringe-worthy.

Clare's first group date was all about love languages. After the guys showed Clare how they give words of affirmation, gifts, and physical touch, it was time to share some quality time. The cocktail party was the guys' opportunity to steal Clare away for some private time and show how much they care, but Clare wasn't too happy with how it all went down.

When Clare announced it was time to get start sharing some quality time, there was a bit of an awkward silence among the group. "Don't everybody jump at once," Clare joked through a strained smile. After what felt like an eternity, Bennett Jordan finally stepped up to steal Clare away. But she couldn't concentrate on their conversation because she was too upset about how the guys had acted.

Leaving Bennett behind, Clare marched back to the other guys to admonish them for creating "the longest, most awkward silence" and tell them she felt like no one wanted to talk to her. "At the end of the day, I'm a woman, and I want my man to show me you care," she said.

Almost all the guys immediately tried to step up to prove to Clare they, in fact, do want to hang out with her. Dale Moss, who everyone knows caught Clare's eye from the very beginning, told Clare he "felt like sh*t" that she was upset. Despite most of the other guys basically saying the same thing Dale seemed to be the only one to really make Clare feel better.

On the other hand, Yosef Aborady told Clare she'd have to be "crazy" to think the guys weren't there for her. Very understandably, Clare wasn't too happy to be called crazy, and fellow contestant Riley Christian wasn't too happy that Yosef tried to speak for all the guys in the group.

Eventually things started looking up for Clare, and she ended up giving Riley the group date rose after they connected during a sweet slow dance. At least now all of Clare's guys know not to let any silences go on for too long... or else.