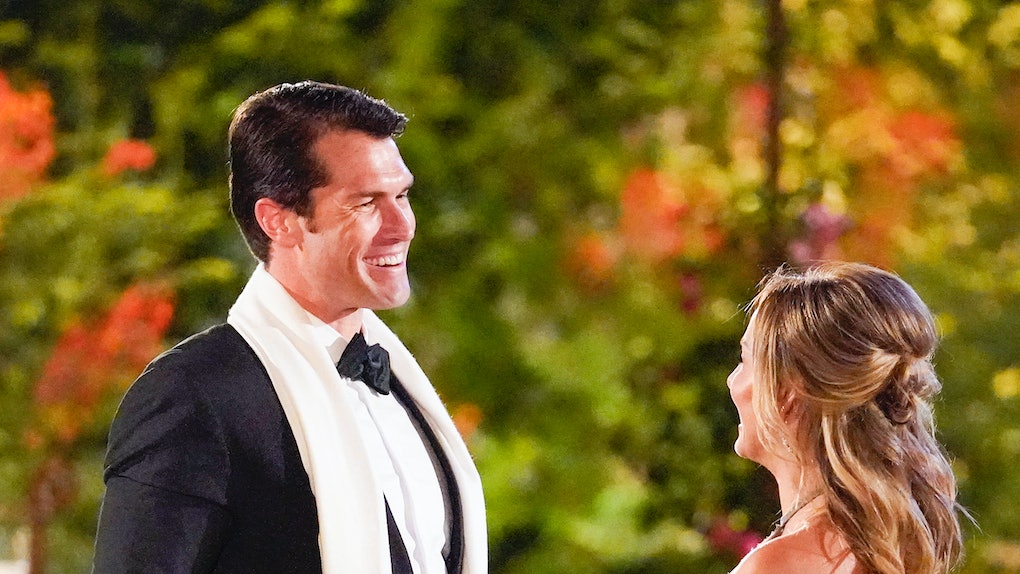 'The Bachelorette's Bennett Jordan: Real Job, Instagram, & Facts About Him

Every season of The Bachelorette has its villain, and halfway into Night 1 of Clare Crawley's tenure, fans guessed they many have already found this season's. The Bachelorette's Bennett Jordan's um, interesting, limo entrance made him the guy Twitter loves to hate — for now, at least. But first impressions aren't everything. Here's what we know about him so far:

Bennett grew up in Atlanta, Georgia, and now lives in New York, where he works as a wealth management consultant. The 36-year-old attended Harvard University, or "the big H" as he called it during his intro package in the season premiere. Bennett is clearly proud of his alma mater. Not only did he mention it on The Bachelorette, but he also posts about it on his Instagram, (which he doesn't seem to be super active on, BTW).

Bennett made a big impression during his first night. He arrived in Palm Springs in a Rolls Royce, claiming he drove in style all the way from New York City. He also showed up with a white scarf on in addition to his suit, which a lot of fans on Twitter needed to discuss.

Fans on Twitter also had a lot to say about the fact that Bennett emphasized his time at Harvard.

Some fans have already started called Bennett the villain of the season, which might be a little harsh, since he's barely interacted with anyone so far. However, it's hard to ignore the vibes he's giving off, which feel similar to those of the "bad guys" of certain TV shows and movies.

Even though Twitter seems to have already decided that Bennett might stir up some trouble this season, Clare gave him rose during the first rose ceremony. So, he'll have at least another week to prove his love to Clare... and show he's more than just his degree from Harvard.