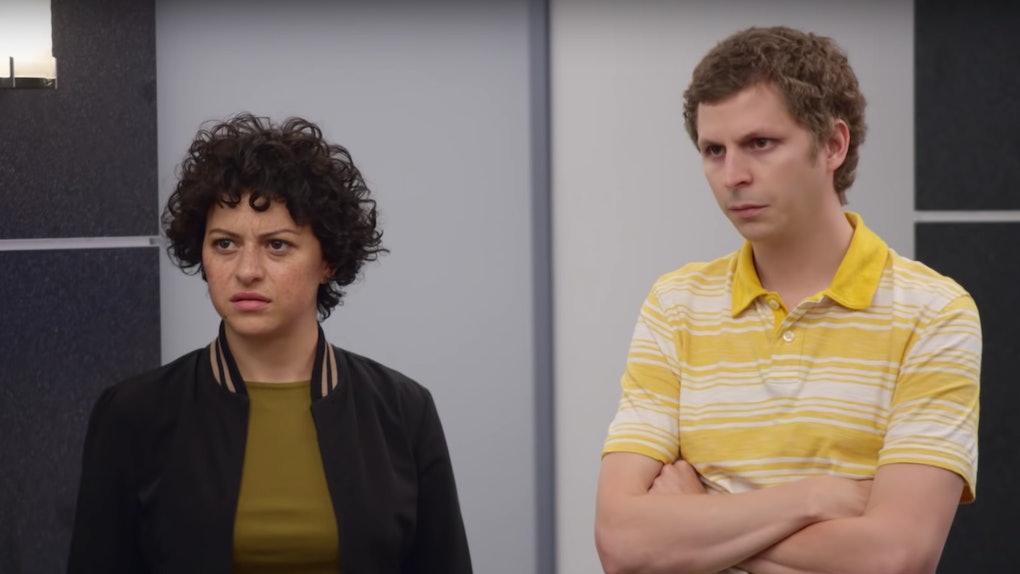 The Trailer For 'Arrested Development' Season 5's Second Half Is Here

The Bluth family has certainly been through a lot over the past 15 years, but they are not slowing down one bit. Netflix dropped the first half of Arrested Development's fifth season last summer, and now fans are only a couple weeks away from finally getting the conclusion. The trailer for Arrested Development Season 5's second half is here at last, and it promises the same zany antics but with some new twists.

The new trailer drops just two weeks ahead of the eight new Arrested Development episodes begin streaming on Friday, March 15. The new run of episodes will serve as the completion of the show's fifth season, which premiered its first eight episodes last May. The trailer does not reveal too much about what is going to happen, although we do see Buster being released from prison, Tobias bringing back his character of Mrs. Featherbottom to spy on his daughter Maeby, and George confronting Lucille about her fling with Dermot Mulroney's new character Dusty. There are also a ton of fun callbacks, including the return of Gene Parmesan, James Lipton, Barry Zuckercorn, and Micheal reciting the show's iconic line "There's always money in the banana stand."

Check out the full Arrested Development Season 5 Part 2 trailer below:

Of course, one of the most notably details about this new trailer is that the whole Bluth clan is not actually present. Portia de Rossi's character of Lindsay Bluth does not show up once in the clip, confirming that she will barely appear in the upcoming crop of episodes, if at all. De Rossi revealed that she had announced her retirement from acting ahead of Arrested Development Season 5's release last year, but her character was still written into 5 episodes of the season. Since the actress appeared in four episodes of the first half of the season, she may still pop up in one episode in the new releases, or she may not show up at all.

Portia de Rossi's retirement adds to another pretty worrying element about this second half of Season 5, which is that many fans think this could wind up being a series wrap on Arrested Development. Although Netflix has yet to make an official announcement about whether the streamer will pick up a sixth season or not, star David Cross has admitted that he "can't see it happening again." So this might wind up being the final goodbye to the Bluths.

Then again, the cult beloved dysfunctional family comedy has come back from the dead once before. Arrested Development originally ran for three seasons on Fox from 2003 to 2006, but was canceled due to poor ratings. Then, in 2013, the show was surprisingly revived by Netflix, which gave it a 15-episode fourth season. Season 4 caught many fans off guard by breaking the show's format, dedicating each episode to one character each rather than doing full ensemble episodes. After a five-year break, Netflix dropped Season 5's first half last May.

The second half of Arrested Development Season 5 will begin streaming on Netflix on March 15.