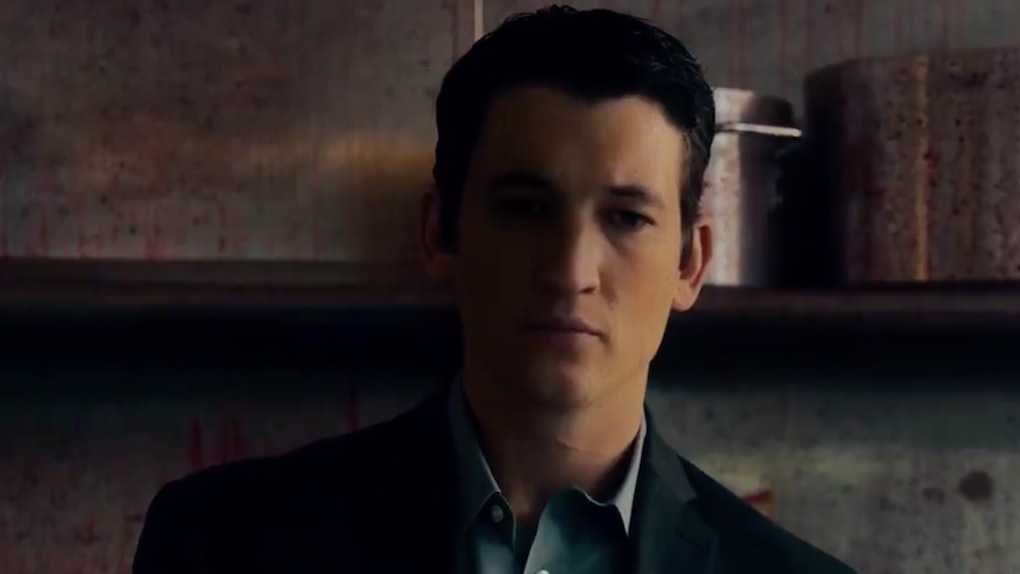 Miles Teller made a name for himself playing teenage good guys in movies like Whiplash and The Spectacular Now. But now, he is all grown up and coming back with a new series that presents an entirely new type of character. The trailer for Amazon's Too Old To Die Young has dropped, and it shows Teller playing a much darker character than he's played before.

According to the series' official description, the Too Old To Die Young will follow the "characters’ existential journeys from being killers to becoming samurais in the city of angels." Though the trailer doesn't offer a lot in terms of specifics, it does make it clear that Teller's character is headed down a violent path. The first words audiences hear in the trailer is Teller's police officer character saying, “I killed a woman last night.” From there, his character gets embroiled "in an underworld filled with working-class hit men, Yakuza soldiers, cartel assassins from Mexico, Russian mafia captains and teenage killers," according to Deadline. The trailer shows Teller traversing parts of that underworld, like him getting questioned by a member of a drug cartel and him staring at his blood-spattered reflection in a mirror. You can see the dark and moody trailer yourself below:

Too Old To Die Young is written by Nicolas Winding Refn and Ed Brubaker, and it seems to be taking a lot of cues from Refn's previous work. Refn directed the movies Drive and Only God Forgives, which are known for their dark, neo-noir tones. Those are tones that seem to be getting echoed in the trailer for Too Old To Die Young.

Refn has been keeping fans informed about all the work that's going into Too Old To Die Young throughout its more than a year-long production. He's been posting updates on Facebook and Instagram in an effort to shape fans' impressions of his movie. He told IndieWire,

Our media is just changing so rapidly it’s almost becoming a whole new beast. There’s a sense of kind of absurdity in that, we can really just interview ourselves and dictate how we want to be perceived because the technology allows us that ability now.

Even though fans are familiar with Refn's work in movies and he's opened up his social media to provide behind-the-scenes looks at his process, there are still quite a few mysteries surrounding Too Old To Die Young. For one thing, this is Refn's first time producing an episodic series. Although, in a way, Too Old To Die Young is more of a series of movies than a TV series, since each of its 10 episodes clock in at over 90 minutes each. Series composer Cliff Martinez talked to ScreenDaily about the series long runtime. He said:

For me the biggest change is just the endurance to do what I think of as a ten-hour movie, or a 16-hour movie in the case of 'Too Old To Die Young.' It's ten episodes that are around 90 minutes a piece. I warned Nic Winding Refn, you better drink a lot of coffee and get a lot of sleep when you can.

That'll be a lot of content for audiences to watch, and you can imagine that must have been quite a lot of such a dark character for Teller to film. You'll be able to watch all 16 hours of Too Old To Die Young when the whole series premieres on Amazon Prime on June 14.