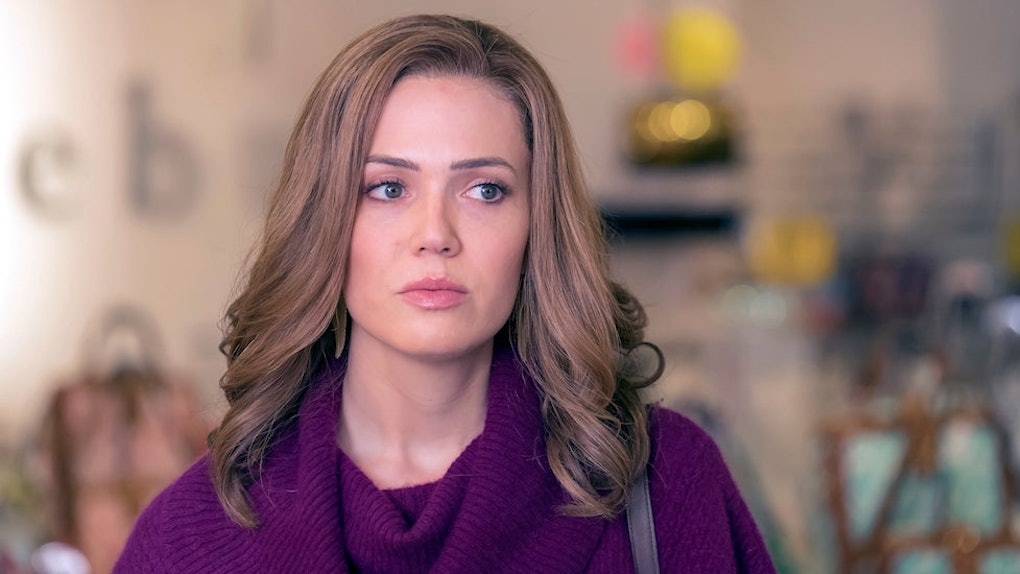 The Super Bowl played a major part in Sunday night's new episode of This Is Us. Not only was the specially timed episode airing right after Super Bowl LII, but the events of the heartbreaking episode also took place on two different Super Bowl Sundays. And to integrate the big game into the show even more, some eagle-eyed viewers noticed that the Super Bowl game was literally featured on This Is Us just moments after it had ended. Now that is some intense last-minute editing!

The Super Bowl has been a central part of This Is Us since the show began, marking not only the day that the Big Three were conceived, but also the day that Pearson family patriarch Jack had died. Characters have talked about the importance of the big game numerous times throughout the show's history, so it only made sense that the show's biggest episode yet should take place on the same night as Super Bowl LII. After the game, This Is Us aired its highly anticipated episode "Super Bowl Sunday," which finally revealed to fans how Jack died. Viewers watched with heavy hearts as Jack ran back into his family's burning home to save their dog and some important memorabilia, which resulted in him inhaling too much smoke and triggering a lethal cardiac arrest a few moments later at the hospital.

But among all that grief, a few This Is Us viewers noticed a cool little Easter egg in the background of some of the shots in the new episode. It looked like the This Is Us team wanted to get the present-day storyline just right, so they actually put footage of the Philadelphia Eagles playing against the New England Patriots in Super Bowl LII into the episode, just a couple of hours after the game had aired. Fans were shook when they noticed the football game that they had just finished watching pop up yet again in This Is Us:

Obviously, this is a pretty impressive bit of last-minute editing. This Is Us started just 30 minutes after Super Bowl LII had concluded, and footage from the game was sprinkled various places throughout the new episode. Of course, the show must have had the cooperation of the NFL to pull this feat off, and thankfully both events were airing on NBC so the broadcast footage of the big game could be transferred over to the family drama with relative ease. But still, this means that This Is Us editors were likely still working on the final product of Sunday night's episode just moments before it aired — that's a pretty ballsy move.

But just as this small detail underlines, the big game actually took a back seat to the real emotional power play of This Is Us on Sunday night. The post-Super Bowl episode featured Jack Pearson's death, and showed his wife and children grieving him both on the day that it happened and on the 20-year anniversary. Despite finally seeing Jack die, Milo Ventimiglia has promised fans that he will continue to be on the show and that we will learn more about Jack's past in future episodes, particularly his upbringing, his time in the army in the Vietnam War, and his relationship with his brother Nicky.

This Is Us now returns to its regular airing schedule, with new episodes released on NBC Tuesday nights at 9 p.m. ET.