Stranger Things Season 3 ended on the most surprising of cliffhangers — an ending. After three years of bizarre stuff happening to her family, and the death of yet another person she loved, Joyce Byers packed up her kids and Hopper's now-orphaned adopted daughter and left Hawkins for good. It was the best thing she could do in the situation. But it also left audiences scratching their heads. If fully half of the main cast have moved to another town, where does Season 4 go from here? The newest Stranger Things comic might have an answer.

For most fans, the idea that one of the tie-in pieces of merch spawned from the popular franchise may contain clues for the new season might feel like a stretch. But the show has done it before. In between Seasons 2 and 3, the series released a behind-the-scenes companion book, Stranger Things: World Turned Upside Down: The Official Behind-The-Scenes Companion. Hidden in it was morse code, which translated to the "Silver Cat" message Robin deciphers in Season 3.

Ever since, hardcore fans pore over every release from the series, in hopes of finding out something. With Season 4 a complete mystery, anything is possible. But the new comic miniseries, Stranger Things: Six, has a doozy of a suggestion.

The comic is, as one would expect, a side story, a supplemental tale featuring a different powered kid raised by Dr. Brenner in the Hawkins lab, Six. The comic features several test subjects, including a girl named Francine, who's old enough to know her real name, and surprised to see that "Eleven" calls Brenner "Papa." 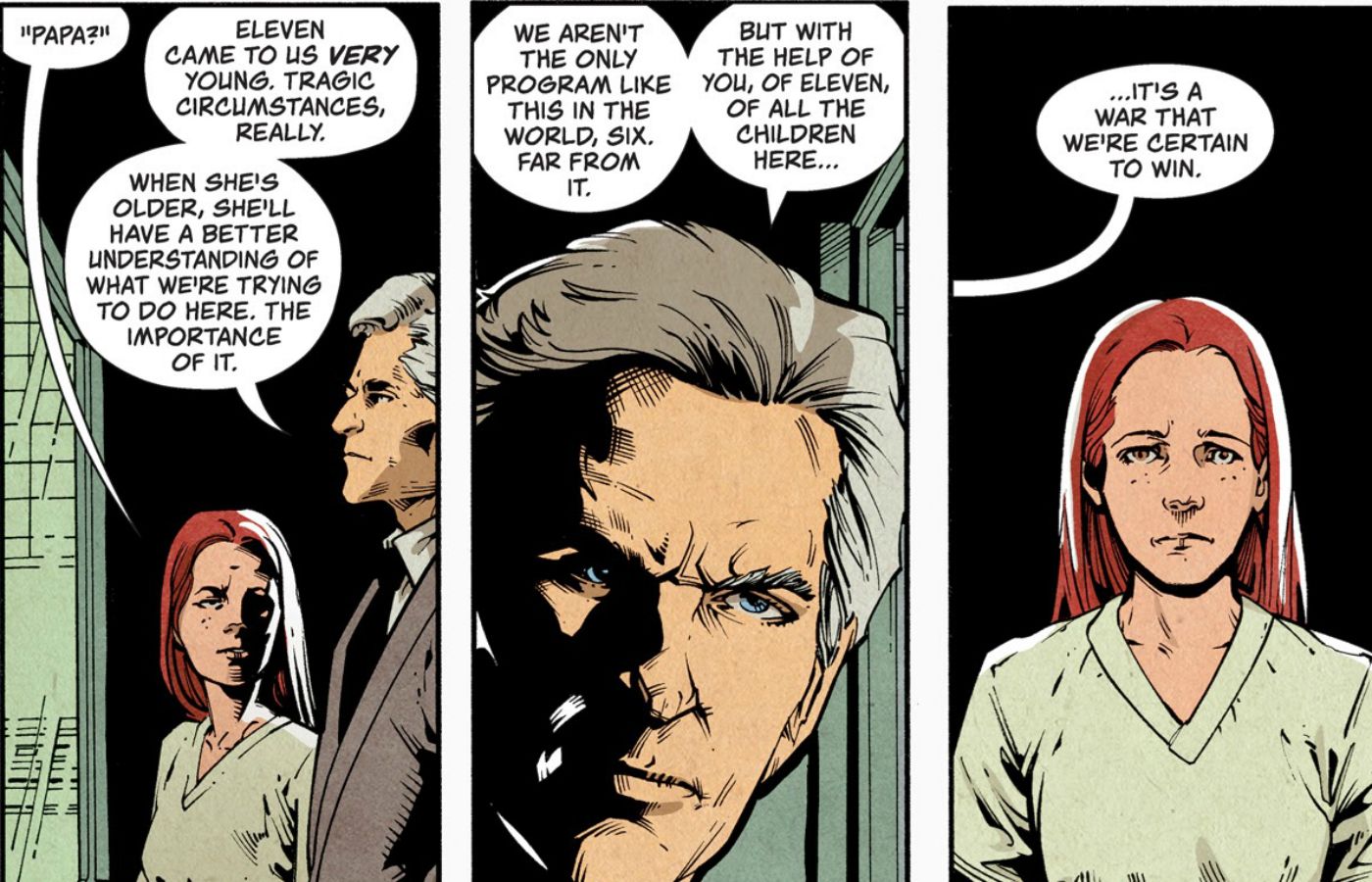 Season 3 ended with Hopper sucked into the Upside Down, and declared dead. But in the post-credits scene, Russian scientists refer to an "American" they found. Presumably, this is Hopper, pulled out of the other dimension on their side of the world. What fans haven't been able to piece together is how Hopper escapes Russia and gets back to Eleven in her new town.

Brenner's reveal this is "not the only program in the world," has fans pricking up their ears. If Hopper is in a Russian lab where kids like Eleven are trained to do what she does, suddenly the pieces fall into place.

Even better, this is based on real history. The experiments on Eleven are based on the real-life MKUltra project, which ran from 1953-1967. But the whole reason Project MKUltra was launched in the first place was to counteract psyops programs the Soviets were conducting. It stands to reason then, somewhere on the other side of the world, there's another little girl with incredible powers, just like Eleven.

Stranger Things Season 4 does not yet have a release date.