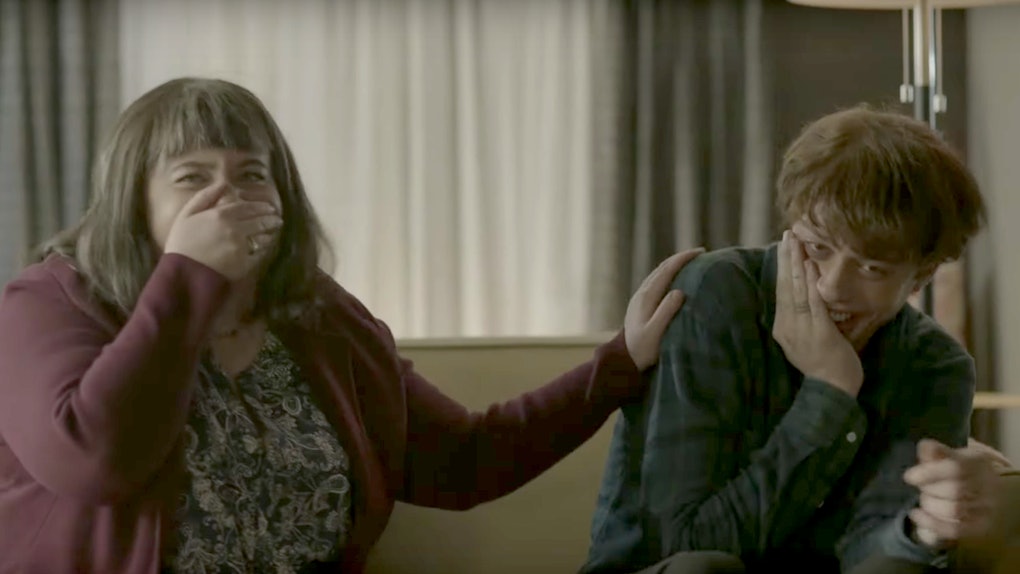 One of the strangest phenomena about sketch comedy is that a sketch will be funny if everything goes perfectly as planned, but it can actually be even more hilarious for an audience if it totally falls apart. That is what makes bloopers so funny, and with all the ridiculous sketches that happen on Saturday Night Live, it is no wonder why the most famous sketch series has the funniest blooper reel of all. The SNL Season 44 blooper reel was just released online, and it might just make you laugh harder than a lot of the actual sketches from the show this season.

The recently uploaded clip of outtakes runs the gamut of all the pre-taped sketches that aired on Saturday Night Live throughout this season, which began last fall and concluded last month. Some highlights from the blooper reel include a stuntperson in a Kool-Aid Man costume wiping out, Leslie Jones and Kyle Mooney getting very close and personal, but mostly, it's just full of everyone cracking up with one another. The celebrity hosts get in on the fun, too, as we see Paul Rudd, Matt Damon, and Emma Stone crack up with the cast and crew. The best bit definitely comes at the end of the video, when Aidy Bryant has a genuinely hysterical reaction at seeing host Seth Meyers' costume for the show's "Beta Force" sketch.

Check out the full Season 44 blooper reel below:

The idea of a blooper reel for Saturday Night Live may sound kind of impossible at first — how can there be cut bloopers from a show that is performed live? — but of course, the modern iteration of SNL includes a mixture of both live sketches and pre-taped segments that would be too difficult to stage during the live show. Andy Samberg's comedy troupe the Lonely Island is often credited with popularizing the show's pre-taped digital shorts, beginning with the success of 2005's "Lazy Sunday" rap, but the show had included pre-taped fake commercials before that. In recent years, SNL has incorporated even more ambitious pre-taped segments, including full music videos and more surrealist endeavors.

Saturday Night Live has only recently begun to release blooper reels at the end of each season — it posted a similar outtakes video at this time after last year's Season 43 finished airing. Along with putting out these bloopers reels each season, Saturday Night Live is also using its YouTube account to post a sketch each week that was cut for time from making it to air on the live show. Both of these recent developments highlight how SNL is planning to stay engaged with the rise of streaming and social media.

With Season 44 now in the books, fans will have to wait until the fall for the next season of SNL to begin. There are already rumors flying about how the cast might look different in Season 45, specifically with speculation that Kate McKinnon may be leaving the show, so enjoy this blooper reel as one last look at Season 44.