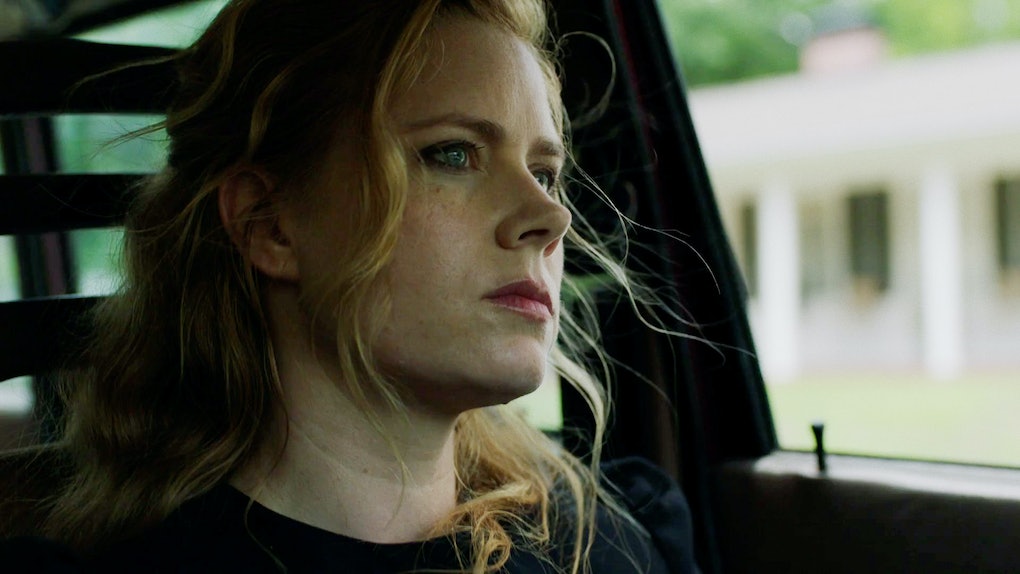 Only three episodes of Sharp Objects remain, and while the HBO miniseries has always aimed for a stealthy shock factor, the second half of the season has proven that its beginning was simply a warmup. The fifth episode, "Closer," introduced Wind Gap's Calhoun Day, a twisted celebration of Confederate history, while Camille revealed her scarred body for the first time. The Sharp Objects Episode 6 trailer follows a similarly haunting pattern, and we're definitely nowhere close to solving the mystery behind the Wind Gap murders.

According to the HBO website, Camille Preaker will receive yet another blast from the past in Episode 6, "Cherry." Following the tension among the townspeople after Camille's article was published in "Closer," Camille agreed to meeting with old high school acquaintances for the sake of potentially getting more material to cover in another piece. Episode 6 will follow this unlikely hangout, as the official synopsis reads:

Camille spends time with former high school friends before going to a party with Amma. Richard, meanwhile, secretly digs into Camille’s past.

At the end of "Closer," Camille and Detective Richard Willias had sex in the dark, and by the looks of the sneak peek at Episode 6, their physical relationship will deepen as Willis strives to find out more about Camille. He didn't know about her cutting before, but as Adora pointed out, it's probably only a matter of time before he finds out. Does Willis's dig for information on Camille lead him to discovering this secret? As The Express points out, the trailer appears to open in a hospital, which may be the same place Camille has stayed at in the past to treat her self-harming.

The teaser also reveals that Adora has helped Willis with the murder investigation, as he presumably tells Camille, "Guess what we found today, thanks to your mom?". His voice plays over a clip of a man recovering a bicycle from the lake. You can catch Adora's hat as a blur on the side of the screen, which brings up the question of whether her discovery of the bike was intentional or a coincidence. Adora's voice is also heard in the trailer saying, "You're getting warmer, Detective."

The scene comes moments after Camille and Adora share an uncertain, timid-looking hug, which isn't exactly the fuzzy mother-daughter moment we've expected after observing their fraught relationship in the first few episodes. Is Adora trying to turn over a new leaf in her role as a mother? As we saw in "Closer," Amma and Camille are seemingly forming a more sisterly bond, which has already begun to set Adora into a quiet panic to preserve her control over both of her daughters. My spidey senses wonder if there is a manipulative tone to Adora's hug.

Of course, when it comes to the quick flashes of images within the trailer's last few seconds, I've officially lost my cool. Any hopes of trying to decipher what is happening here are slim, but we can try to crack the code. Camille is seemingly hallucinating and seeing a little girl in the woods, while she and Amma appear to play a very trippy game of Ring Around the Rosie. Perhaps their time together leads to them stumbling across another clue in the murder case, especially seeing as Adora has hinted she knows more about it than others may think. What is she hiding from her daughters?