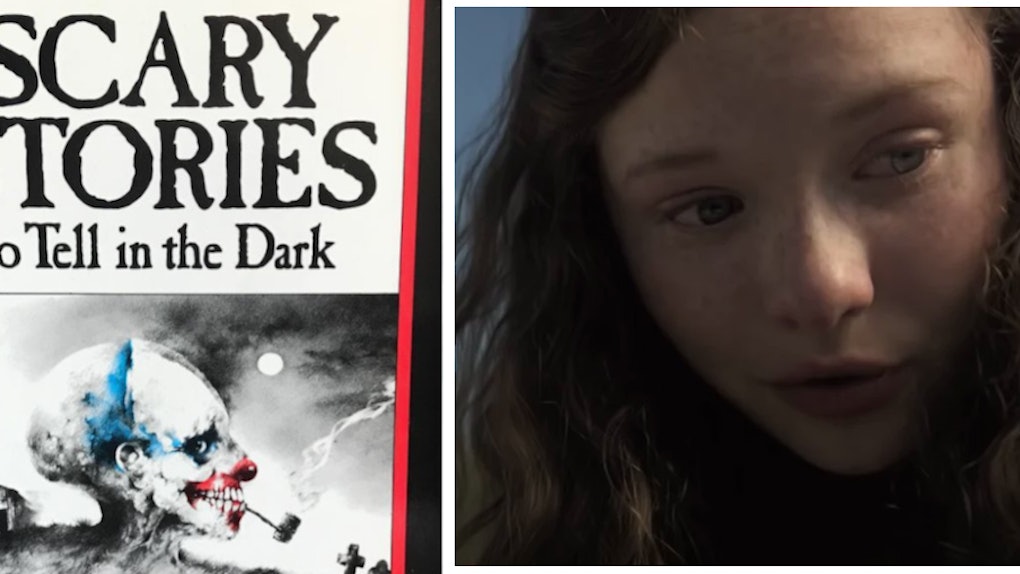 There are some scary stories that get passed down from generation to generation, like the Boogeyman or the Headless Horseman. They're the stories that get told around a campfire, their details sending shivers up your spine. For many, Scary Stories to Tell in the Dark were exactly those kind of stories. Their gruesome details created nightmares in even the strongest kids out there. Many people spent their childhoods picturing the spooky stories in their heads. Well, fans will have more than just their imaginations to help tell these scary stories, because they're making their way onto the big screen. The Scary Stories to Tell in the Dark trailer is here, and it will seriously freak you out.

The new movie is based on Alvin Schwartz's Scary Stories to Tell in the Dark book series, which kicked off in 1981. Horror movie expert Guillermo del Toro, who made movies such as Pan's Labyrinth and Crimson Peak, is producing the adaptation, and André Øvredal is directing. The movie will take several stories from the three-book series and weave them together, creating a narrative in which children find a book of stories that are all told by one girl with horrible secrets. Here's the full official synopsis:

It’s 1968 in America. Change is blowing in the wind, but seemingly far removed from the unrest in the cities is the small town of Mill Valley where for generations the shadow of the Bellows family has loomed large. It is in their mansion on the edge of town that Sarah, a young girl with horrible secrets, turned her tortured life into a series of scary stories, written in a book that has transcended time — stories that have a way of becoming all too real for a group of teenagers who discover Sarah’s terrifying tome.

You can check out the full trailer for Scary Stories to Tell in the Dark below:

With three volumes of books filled with stories, the filmmakers had a hard time choosing which ones to weave together into one movie. Producer del Toro told reporters at an event to promote the trailer, according to Entertainment Weekly, that the movie's producers held an American Idol-style competition to decide which stories would get to go to Hollywood. He said:

We were saying, ‘Which are your favorite?’ We distilled it to the five or six that we like the most. Some of them are told in their entirety, some others are referenced. Those that know the books will see more than people that haven’t read the book... But we basically distilled it to the ones that everybody seems to remember the most. The books obviously have many, many more stories, so this could go on and on. But we said, ‘Let’s do greatest hits.’

One memorable story that definitely made the cut is "The Red Spot," an iconic story about a girl who gets what she thinks is a pimple, but instead discovers that something is literally growing under her skin. The trailer shows a truly terrifying scene of the girl finding horrors on her face, and I'm sure it's only one of many haunting moments that will make fans' skin crawl. Scary Stories to Tell in The Dark is set to haunt theaters this summer.