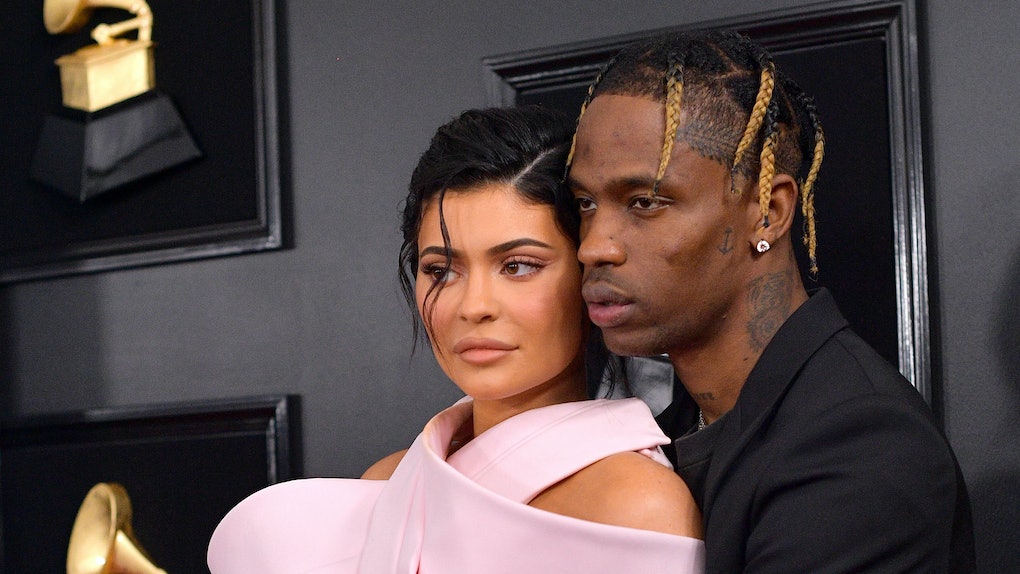 If you've been hoping for some clarity on reasons Kylie Jenner and Travis Scott reportedly broke up, I come bearing some answers. Well, maybe. Multiple sources have spoken to People and E! News about the rumored reasons behind the reported split and we're breaking them all down for you here.

A source told People on Oct. 2 that one of the reasons behind the reported breakup is that Jenner supposedly wanted to put more of a focus on their growing family than Scott did. (Elite Daily reached out to both Jenner's and Scott's reps for comment on this claim and did not hear back in time for publication.)

“There were several issues that made them decide to take a break,” the source told People. “Kylie is all about family life and really wants a second baby.” The source explained that, unfortunately, Scott wasn't reportedly on the same page as Jenner and was, instead, more focused on his music career.

Despite reportedly wanting a second baby together, Jenner had a difficult time fully trusting that her relationship with Scott was solid, the source continued. (Elite Daily reached out to both Jenner's and Scott's reps for comment on this claim and did not hear back in time for publication.)

“She still has trust issues with Travis. He hasn’t been giving her the commitment that she needs,” the source added. “Travis isn’t ready to give her all that she wants.”

The source added that part of Jenner's inspiration for wanting a solid family unit is reportedly her older sister Kim Kardashian West.

“Kylie looks up to Kim and really wants was she has with Kanye [West],” the source told People.

The same day, another source who spoke to E! News claimed the two stars reportedly had to take a break because they were apparently fighting pretty frequently. (Again, Elite Daily reached out to sources for both Jenner and Scott regarding this particular claim and did not hear back in time for publication.)

"Kylie and Travis aren't officially calling it quits on their relationship, but are taking space apart," the source told E! News. "It's not a firm split. They've been fighting again, but have still seen each other within this last month."

And their reported fights aren't necessarily over major things, according to the source. "They fight over ridiculous things and Kylie can be very skeptical about Travis," the source explained. "Travis has been stressed with dropping new music."

The same source claimed that, because of the rumored disagreements, the two reportedly decided to spend some time apart from one another. "Travis has been staying at his house in Beverly Hills and Kylie has been allowing him to see Stormi," the source said. "She would never take that away from him."

The good news about the information coming from the second source is that it might not necessarily be a full-on breakup. If what this second source is saying is true, the two are reportedly just simply taking some time apart.

News of Jenner and Scott's reported split was first reported by TMZ on Oct. 1. In their report, TMZ's source shared that the couple of two years had reportedly been broken up for "several weeks." In fact, the source went so far as to say that the two reportedly hadn't been seen together since the premier of Scott's Netflix documentary Look Mom I Can Fly on Aug. 27.

The source also added that the two were reportedly spent "a while" trying to make things work before reportedly deciding to call it quits.

Hopefully, these two can find happiness soon — with or without each other.