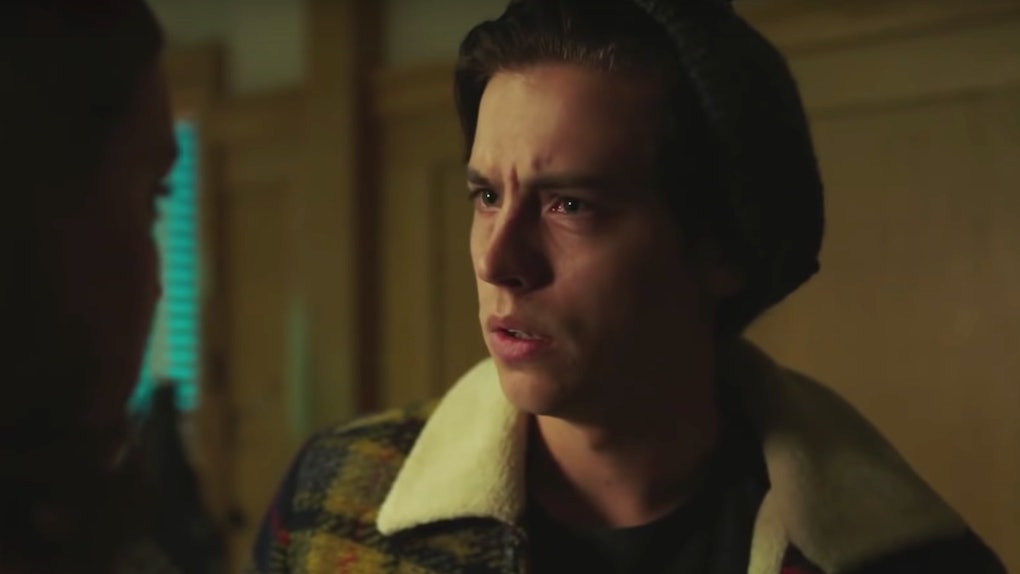 We are almost at the end of Riverdale Season 3, which is wild because we still have absolutely no idea what the hell is going on. The creepy, possibly supernatural cult of The Farm is still a total mystery, and the same can be said for the identity of the masked Gargoyle King that has been terrorizing town all season long. But thankfully, answers are on their way. The Riverdale Season 3 Episode 21 promo promises that Jughead will learn the truth about the Gargoyle King in next week's new episode.

Spoiler alert: This post contains plot details from Riverdale Season 3 Episode 20, "Prom Night." The horror and bloodshed reached an all-time high on this week's latest episode of Riverdale, as the Gargoyle King crashed the school's prom and he brought along the Black Hood as his plus one. After barely surviving the Black Hood chasing her down with a giant hook, Betty Cooper rushed over to The Farm to warn her mother about the hooded killer's return, and shockingly, she agreed to stay with the cult after Edgar Evernever offered up his protection.

Obviously, things are going to get weird now that Betty is part of The Farm, and the trailer for next week's new episode, entitled "The Dark Secret of Harvest House," teases how. A quick shot shows Betty getting dragged across the floor by two people, and we also see that Jughead is redoubling his efforts to unmask the Gargoyle King. His big break comes from Ethel Muggs, who has been M.I.A. for the past several episodes but will return to whisper the truth about the Gargoyle King into Jughead's ear. Check out the full promo teaser below:

And while Betty and Jughead will be getting to the bottom of all the big mysteries, Archie and Veronica will be going up against Riverdale's perennial villain: Hiram Lodge. The latest episode ended in Veronica discovering that her father has secretly owned her speakeasy this whole time, and Archie agreed to help her take him down. The new promo teaser shows that Archie is planning to do that by doing the only thing he ever does anymore: boxing. Archie will face off against Hiram in the boxing ring, and Hiram even agreed to leave Riverdale if Archie can beat him.

The official synopsis for the new episode pretty much just lays out what we see happening in the trailer:

Veronica turns to Mary and Archie for help after uncovering a secret that Hiram had been keeping from her. Betty raises questions after witnessing some strange activities at The Farm. Jughead finds himself one step closer to uncovering the Gargoyle King's identity.

Since the episode is entitled "The Dark Secret of Harvest House," it certainly sounds like we will not only be learning the Gargoyle King's secret, but also a lot more about what is really going on at The Farm. This is the last episode before the Season 3 finale, so fans can bet that it will be filled with revelations and big twists. The new episode of Riverdale will air on the CW on Wednesday, May 8 at 8 p.m. ET.