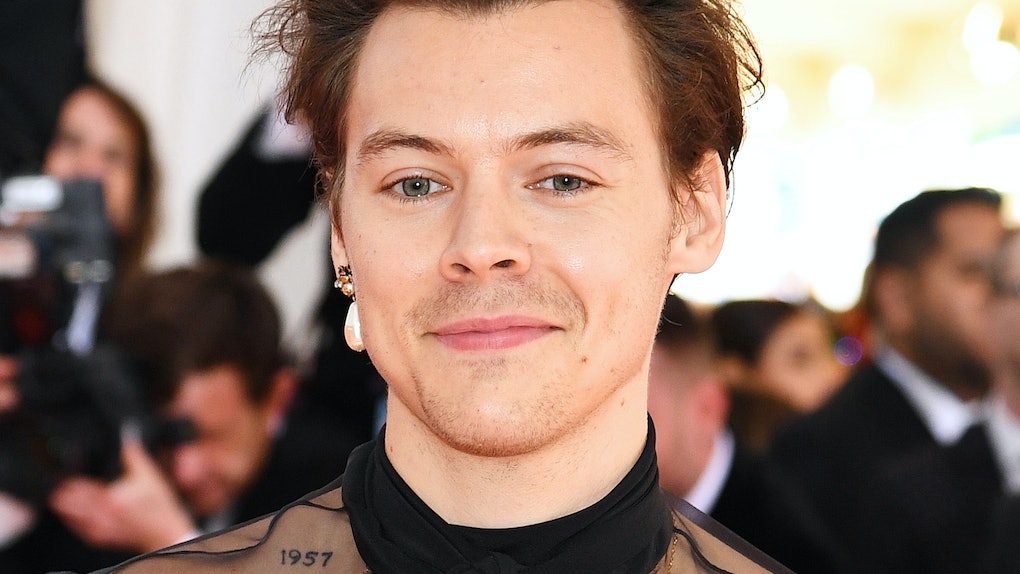 If you've been wondering what Harry Styles has been up to, you're definitely not the only one. It turns out the former One Direction member was almost going to hit the big screen once again by starring in Disney's upcoming live-action remake of The Little Mermaid, but decided against it. The reason Harry Styles turned down The Little Mermaid makes a lot of sense, since he is choosing to focus on his music.

According to the The Hollywood Reporter, Styles revealed that the opportunity to star as Prince Eric in the live-action version of The Little Mermaid "was discussed," but that he ultimately passed on the role. Styles would have starred opposite actress Halle Bailey, who will play Ariel in the Disney film. The star-studded cast also includes Melissa McCarthy, who will play Ursula, Jacob Tremblay, who will voice Flounder, and Awkwafina, who will voice Scuttle.

So why did Styles pass on the dream opportunity to star as Prince Eric in the upcoming film? Styles told The Face magazine that he's already tied up with his music: "I want to put music out and focus on that for a while." He also took the time to praise The Little Mermaid, explaining that "everyone involved in it was amazing, so I think it's going to be great. I'll enjoy watching it, I'm sure."

I totally respect and admire Styles for focusing on his music rather than attempting to multi-task by juggling more projects than he can handle. After all, Styles just wrapped up his new album, and the single is still being decided on. In a recent Rolling Stone interview, Styles described his album as "all about having sex and feeling sad," so get ready for the feels. After releasing his new album, I'm sure the global pop star will be kept busy with live performances and interviews. Fans really can't get enough of Styles, and he's undoubtedly got his plate full already with his musical career.

Still, it's always a bummer to miss out on an opportunity to see Styles on the big screen. Luckily, you can still get a glimpse of Styles' acting chops in the Christopher Nolan World War II epic, Dunkirk. The 2017 film, which features stars like Tom Hardy and Cillian Murphy, is set during the Allied evacuation of the beaches of Dunkirk, France. Styles played Alex, one of the soldiers attempting to get off the beach in the midst of sinking destroyers and gunshots. It's a riveting tale, and you won't want to miss out on seeing Styles blossom as a young actor.

The former One Direction star has definitely been active in the movie world since his Dunkirk debut — he even auditioned to play Elvis Presley in an upcoming biopic. Though the role ultimately went to Austin Butler, Styles took it like a champ and explained he wasn't upset. Styles may be focusing on his music for now, but given the rumblings about his on-screen opportunities recently, I really wouldn't be surprised if he returns to acting in the near future.

More like this
Will Sharon Carter Be The Villain In 'Captain America 4'? This Theory Makes Sense
By Ani Bundel
Who Will Play The Fantastic Four For Marvel? Twitter Has So Many Ideas
By Dylan Kickham
'Guardians Of The Galaxy 3': Release Date, Cast, Trailer, & More Details
By Ani Bundel
Stay up to date