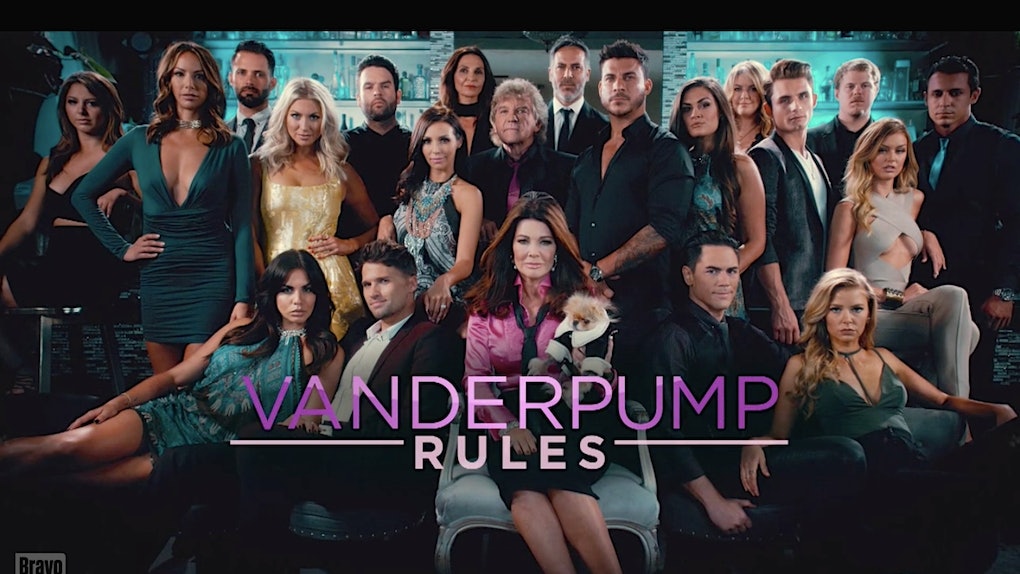 The Reality TV Show You're Obsessed With, According To Your Zodiac Sign

Look, we all know reality TV is total and complete garbage. However, even the most intellectual and pretentious people can't help but get sucked into its madness every now and then. I don't know about you, but there have been too many Sundays I've lost to some reality show on Bravo or MTV that I accidentally started watching. I mean, I tell myself I'm only gonna watch this one episode, but before you know it, several hours have passed and I've literally done nothing all day but binge watch an entire season. And you know what? Now that I think about it, I don't regret my blatant laziness one bit, and if you consider the reality TV show you're obsessed with, according to your zodiac sign, I bet you'll know exactly what I'm talking about. After all, is there anything more satisfying than some awful, bizarre, and downright ridiculous reality show? I know we don't like admitting it, but none of us are above our guilty pleasures.

In my opinion, we're simply living out our darkest and wildest fantasies when we go for reality TV. It's the conflict we love to watch, but it's also the conflict we'd never want to actually experience. However, thanks to reality TV, we're able to satisfy our inner drama queen, and that is reason enough to acknowledge its importance.

When you're emotional, you let it out and you don't care who's watching. This is why the wild and unbelievable drama of Jersey Shore is truly your reality TV dream. I mean, it's literally a reality TV show classic. Who could possibly top Snooki and The Situation?

Being a lover of fashion, details, and aesthetic excellence, Project Runway takes your perfectionist imagination straight to reality TV heaven. You love how the drama simmers just beneath the surface, puncturing through at just the right time.

You're destined to be a socialite and you're such a sucker for some sh*t-talking and backstabbing. Vanderpump Rules is probably your go-to reality show, because you know you love watching a wild group of frenemies in action.

Cancer: Keeping Up With The Kardashians

You're a moody and theatrical person, so you're definitely not above watching the Kardashians create conflict in the midst of so much wealth and perfection. You love that, at the end of the day, their unique family dynamics are still so relatable.

You're a flamboyant personality by nature, which is why you're addicted to all the over-the-top performances and dramatic antics present on RuPaul's Drag Race. You can only aspire to be as extra as RuPaul himself, and you're definitely rooting for your favorite drag queen.

You're a detail-oriented perfectionist and you love being the boss of everyone, especially if you get to correct their mistakes. Watching Gordon Ramsay school and punish a group of aspiring head chefs satisfies all your trash TV cravings.

You're a sucker for romance and fairy tale endings, which is why The Bachelor and The Bachelorette are reality shows you're probably totally addicted to. Even though the shenanigans are ridiculously fun to watch, you're always rooting for true love.

Your intense and unapologetic personality is probably die-hard for all the dark drama on The Real Housewives franchise. You love that while these women may seem nice on the outside, they're actually downright vicious on the inside.

Since you're an adventurer at heart, the concept of two strangers being forced to fend for themselves in an exotic location — without clothes — is completely intriguing to you. You're not ashamed to enjoy watching a pair of humans spiral out of control.

Being the entrepreneurial spirit that you are, Shark Tank contains all you could ever want in a reality show. You're probably an even harsher critic than the judges, and you know for a fact that if you were a contestant, your idea would definitely win.

You're a social maven and you're always up for a little naughty behavior in your trash TV content. This is why Love Island gets you on so many levels. You just never know whether a couple is gonna get their sexy on or totally betray each other.

If a reality show can make you cry tears of pure compassion, you're immediately a fan. This is why you could marathon Queer Eye all Sunday long. I mean, every single member of The Fab Five just totally inspires you to be a better person.