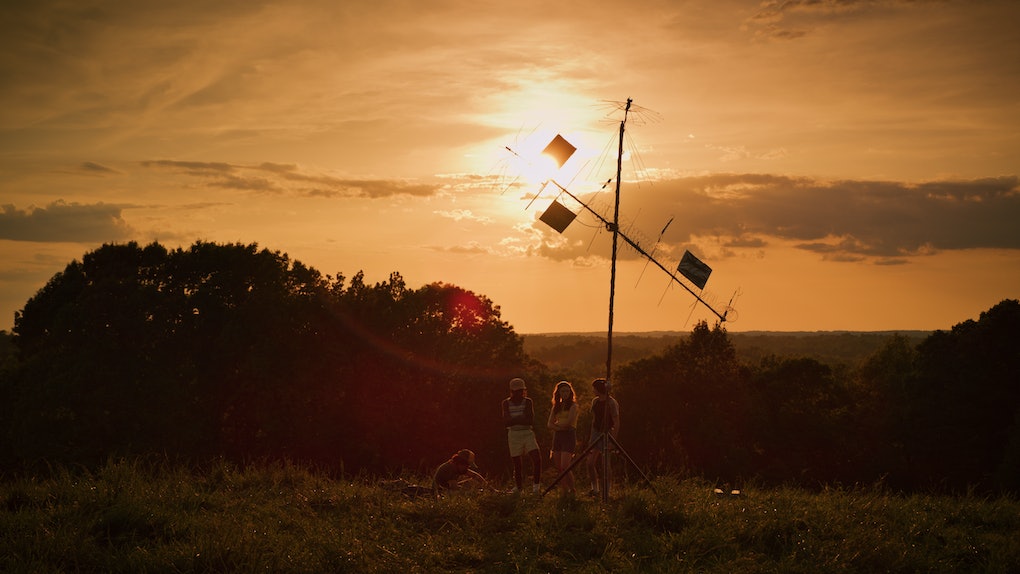 Stranger Things closed the door on the Upside Down at the end of Season 2. Literally, the final episode of the season was Eleven using her powers to close the "gate" between the two universes, driving the Mind Flayer back into its universe, and saving the entire world while she was at it. As a reward, she got her childhood back, while the American Government was removed from Hawkins Lab. But just because the United States was done playing with multiverses didn't mean other countries were, and the rats in Stranger Things Season 3 are the first victim of this meddling. Warning: Spoilers for Stranger Things 3 follow.

When the new season opens, viewers aren't immediately in Hawkins, Indiana. Instead, the show begins in Russia, a few months before the events of Season 2, as Communist scientists experiment with opening up a rift in time and space similar to what has been done in the United States. But it's not working, and patience is wearing thin.

Cut to July of 1985, and the arrival of the Starcourt Mall. From the outside, it seems like any other major shopping mecca arriving in small-town America to destroy Main Street with a one-stop-shopping ode to capitalism. However, as Dustin, Steve, and Robin discover, it's really a cover to reopen the door to the Upside Down.

Beneath the Mall, the gate has been cracked open again, and the Mind Flayer is searching for a host, not unlike Will Byers from last season. In fact, Will is the first person to have an inkling something has gone horribly wrong, when the back of his neck tingles, first when the gate cracks open beneath the Mall, and then when a pack of rats run by in the grass.

Rats are not the host that the Mind Flayer is looking for. It wants a human body to possess. But to get to that first host, the Mind Flayer takes over the town's rat population.

But one thing Stranger Things never clarifies is how the Mind Flayer gets into the rats in the first place. Will theorizes that perhaps when the gate was closed, the Mind Flayer wound up on the wrong side. But viewers know, from the Season 2 ending, that's not true, because they saw the Mind Flayer in the Upside Down at the end of the season.

The far more likely answer is the moment the gate reopened, the Mind Flayer pushed itself through and grabbed the first living creature that skittered by. In this case, a rat.

I don't know if you've ever worked in a Mall, but those things are vermin magnets, especially ones with food courts and restaurants. Moreover, building a giant structure like Starcourt displaces the natural population of animals. Rats who once lived on the farms that those land deeds bought up sudden are forced together in giant packs, invading anywhere they can find food, including a secret scientific research lab thousands of feet underground.