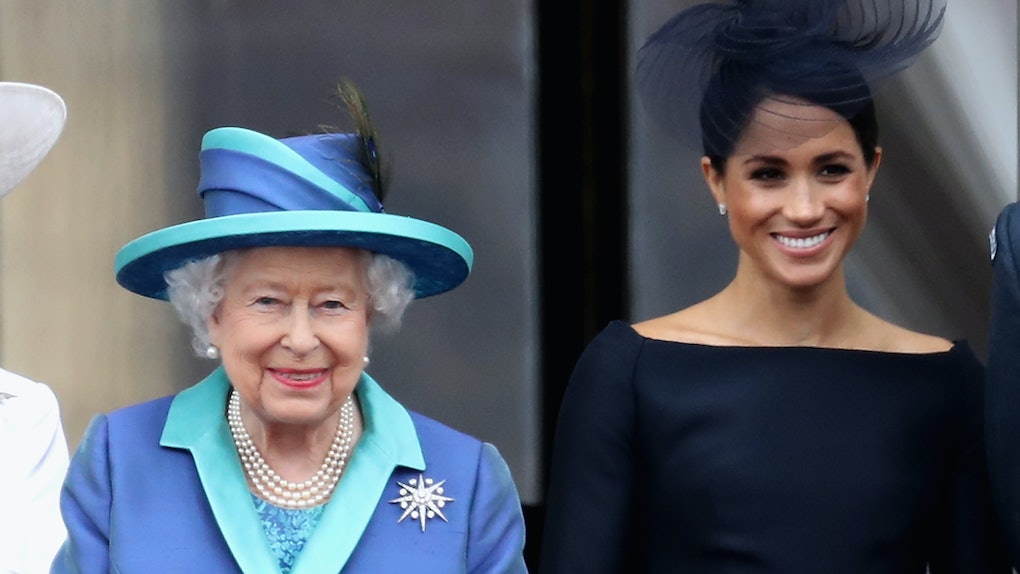 Baby Sussex is finally here, everyone! And no one is more enthusiastic about the new addition to the royal family than the queen herself. According to a statement from the Royal Family, Queen Elizabeth’s reaction to Meghan Markle’s baby was just as excited as you'd expect for the arrival of her newest grandchild.

As you have probably heard by now, Meghan’s baby boy was born on Monday, May 6, and the whole royal family is reacting to his arrival with such happiness and joy. As expected, Prince Harry was the first to share some sentiments about the baby in the birth announcement.

"I'm just over the moon," the prince said, according to ABC, adding that Markle and their newborn are "both doing well."

Now, the queen is sharing her thoughts on her newest great grandchild. So, what does the queen think? Like any grandma, she’s happy for Harry and his wife and wishes them continued joy. An official statement from the royal family said that the queen had been informed and was "delighted" to hear she was, again, a great-grandma.

"The Queen, The Duke of Edinburgh, The Prince of Wales, The Duchess of Cornwall, The Duke and Duchess of Cambridge, Lady Jane Fellowes, Lady Sarah McCorquodale and Earl Spencer have been informed and are delighted with the news," the statement read.

Buckingham Palace also revealed that the family will reveal more information about the baby boy's moniker "in due course."

The Queen’s reaction is welcome considering how difficult things have been behind the scenes these last few months. First, there was the drama surrounding Meghan’s family, which reportedly caused the queen to step out of her comfort zone and extend a hand to Meghan. Back in August 2018, Us Weekly reported that the queen was going out of her way to make Meghan comfortable.

“What may surprise some is just how supportive Her Majesty has been during the problems Meghan has faced with her family,” source at the palace revealed to Us Weekly at the time. “Meghan is in a tough place, and the queen knows it’s completely out of Meghan’s hands. She has only sympathy for what’s been a difficult and distressing situation for her.”

But just seven months later, in April 2019, a report from The Sun claimed that the queen banned Meghan from wearing Princess Diana’s jewels in order to restore the family’s hierarchy. Elite Daily previously reached out to the palace for comment, but did not hear back. The Sun’s royal source described the situation as follows:

This is a surprising situation that has been going on behind the scenes over the past few months and has caused tension and upset, especially for Harry. It is at the discretion of the Queen and trusted advisers which items in the Royal Collection she chooses to loan out and to whom … Aspects of Meghan’s behaviour, including before the Royal Wedding, caused resentment with forces within Buckingham Palace. To be perfectly honest, the Queen herself was not impressed with some of Meghan’s demands, especially as a new member of the family. As a result, Buckingham Palace has decided that not all items from the Queen’s royal collection will be opened up to Meghan.

So, as of April 2019, there was reportedly some tension among the royals, which I’m sure can’t have been easy for Meghan in the last months of her pregnancy.

Hopefully, the fact that a new royal baby has arrived will ease some of the tension that appears to be lingering in the family. And if the queen’s reaction to the baby is any indication, then perhaps it’s all water under the bridge anyway.