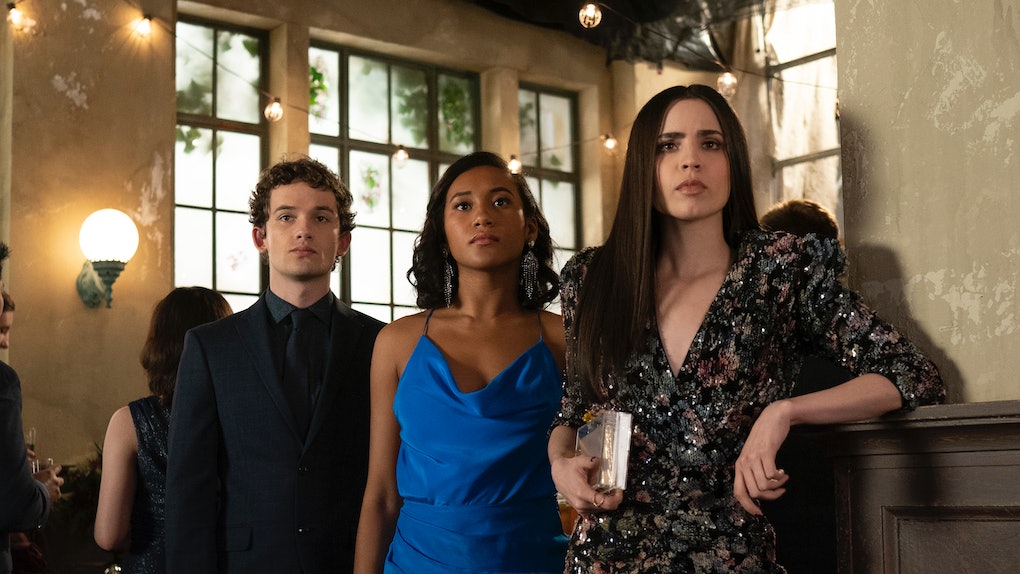 As the show nears the end of its first season, the group on Pretty Little Liars: The Perfectionists has seemingly found Nolan's killer, but the truth might be not as simple as they think. Although Jeremy confessed to doing something to Nolan and Taylor found proof that he was near the site of Nolan's death at the right time, the Brit never specifically admitted to the murder. Now that Jeremy has apparently survived a gunshot wound, the Perfectionists Season 1 finale promo tells viewers they should be afraid of what comes next.

In May 15's "Lie Together, Die Together," the Perfectionists saw their futures at BHU become murky. Dylan (Eli Brown) was awaiting the ethics committee's final decision about his place at BHU, while Dana Booker (Klea Scott) found Ava's (Sofia Carson) secret stash of money, meaning she could go to jail. Caitlin (Sydney Park) also learned that her mothers were forcing her to move to D.C., which amplified pressure to convince Jeremy (Graeme Thomas King) to come forward with the truth.

Although her boyfriend confessed that he "did it" to Nolan (Chris Mason) to protect Caitlin's family, Jeremy never exactly said that he committed a murder. He promised Caitlin he would tell her everything if she ran away with him, but Caitlin used this offer to stage an intervention with the Perfectionists, Alison (Sasha Pieterse), Mona (Janel Parrish), and Taylor (Hayley Erin) nearby. This confrontation led to Taylor, desperate to avenge Nolan's death, shooting Jeremy, but the episode ended with the discovery that he was still breathing.

The promo for May 22's season finale doesn't address what happens to Jeremy, but it does imply that the rest of the group hasn't faced the last of its threats.

The clip opens with Caitlin, Ava, Dylan, and Alison each confessing to the camera that they're afraid. While Caitlin is recording herself on a laptop, the others appear to be telling someone in person. Their stances almost reflect Mona's when she previously spoke to Beacon Guard staffers through mirrors. Are these slightly robotic confessions part of a plot to fool Claire (Kelly Rutherford) and Dana's security team?

With Alison's "I'm afraid" echoing throughout the preview, the footage also shows a fired Mona packing up her apartment and sending Mason (Noah Gray-Cabey) on his way. Later scenes show the group looking at themselves on a huge screen, an ambulance parked by the lake, and the characters reacting to a force off camera. Could Taylor's trailer be the target of an enemy's attack? People have definitely seen enough procedural dramas to notice actors' go-to reaction to an explosion of some kind.

In the aftermath of a shocking event, Ali, Mona and the Perfectionists try to pick up the pieces of their lives. However, new information is uncovered which makes them question everything they think they know.

Seeing as Jeremy has danced around a specific confession, perhaps the new info that the summary hints at will shed light on his ambiguity. Fans will have to wait and see if these discoveries close the book on the mystery of Nolan Hotchkiss' death.

The Season 1 finale of Pretty Little Liars: The Perfectionists airs at 8 p.m. ET on Monday, May 22, on Freeform.