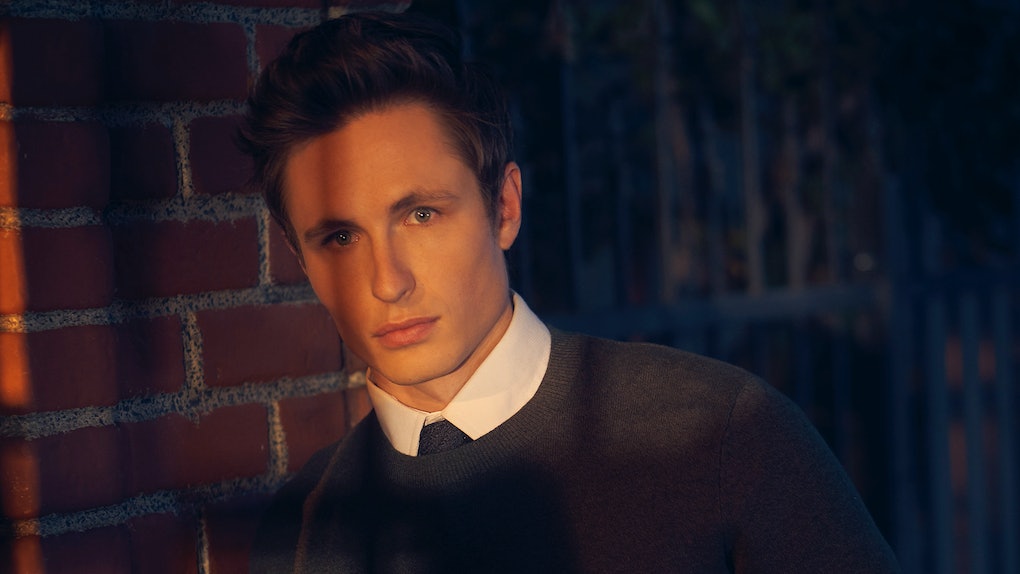 Did Jeremy Kill Nolan On 'The Perfectionists'? He Never Quite Admitted To It

This post contains spoilers for Pretty Little Liars: The Perfectionists. The Perfectionists is seemingly nearing the truth about Nolan Hotchkiss' death, but the answer isn't as clear as Alison, Mona, and the kids may believe. After Jeremy confessed to Caitlin about doing something to Nolan, she and the other Perfectionists were convinced that he's behind this murder mystery. Did Jeremy kill Nolan on The Perfectionists? The Brit didn't exactly admit to the dirty deed, which may prove important in next week's season finale.

In May 8's "Hook, Line and Booker," Caitlin (Sydney Park), Ava (Sofia Carson), and Dylan (Eli Brown) used Jeremy's (Graeme Thomas King) personal computer to retrieve Dylan's plagiarized cello recording from his professor's email. They were able to find the file, but Ava noticed heavily encrypted files that looked out of place on Jeremy's laptop. This inspired Caitlin to press him for information on what he did at Hotchkiss Technologies, but her boyfriend only spilled that he taught employees how to use a certain software. He also claimed he never used his personal computer, amplifying Caitlin's suspicions.

Caitlin then secretly followed Jeremy to the lake, where he drilled through his laptop and tossed it into the water. He caught her spying on him, and in May 15's "Lie Together, Die Together," he confessed that he "did it" to protect Caitlin and her family from Nolan (Chris Mason), who was holding information about Caitlin's mother's affair. Jeremy also asked Caitlin to go away with him, but she panicked, leaving him behind before making a decision. But what exactly is "it?"

As Caitlin pointed out to the others, Jeremy never actually said that he killed Nolan, but his rant felt like a legitimate confession to her. Still emotionally attached to Jeremy, Caitlin recognized that the group needed to investigate his mysterious behavior and convince him to explain the truth. She planned to meet him under the guise of leaving with him, while Taylor (Hayley Erin) researched Jeremy's movement on Beacon Guard.

She discovered that a Hotchkiss device Jeremy had logged onto caused the blackout on the night Nolan died. He was also walking toward the soon-to-be crime scene moments before the power outage, giving him enough time to reach the roof of Thorne Hall and meet Nolan. That sure looks like the plan of a killer.

Fresh off her mother's decision to send her to D.C. ASAP, Caitlin met Jeremy down at the lake with Ali (Sasha Pieterse), Mona (Janel Parrish), Taylor, Ava, and Dylan nearby. Jeremy caught sight of the group's car, realizing that Caitlin wasn't running off to London with him. He refused to turn himself in, saying both of their lives would be over if he went to the police. As the rest of the group confronted him (and never specifically called him out for killing Nolan), Jeremy turned away, prompting Taylor to whip out her gun. Jeremy made a sudden movement, and despite the others' protests, Taylor shot him, sending him into a heap on the dock.

As Dylan called 911 and Ava began staging the scene to look like Taylor acted out of self defense, Caitlin realized Jeremy was still breathing. This puts nearly everyone in jeopardy for the season finale on May 22. How will they explain Jeremy's injury? Will Jeremy come clean about his connection to Nolan?

Plus, will the fact that he never quite admitted to killing him lead to a big misunderstanding? Taylor only mentioned Jeremy killing Nolan aloud after she shot him and he was unconscious, and no one ever specifically said to Jeremy, "You killed Nolan." Does he think the group has traced him to a completely different crime he committed? In the Pretty Little Liars universe, few answers are ever final, so remember to keep your eyes open for a potential finale twist.

The Season 1 finale of Pretty Little Liars: The Perfectionists airs at 8 p.m. ET on Wednesday, May 22, on Freeform.