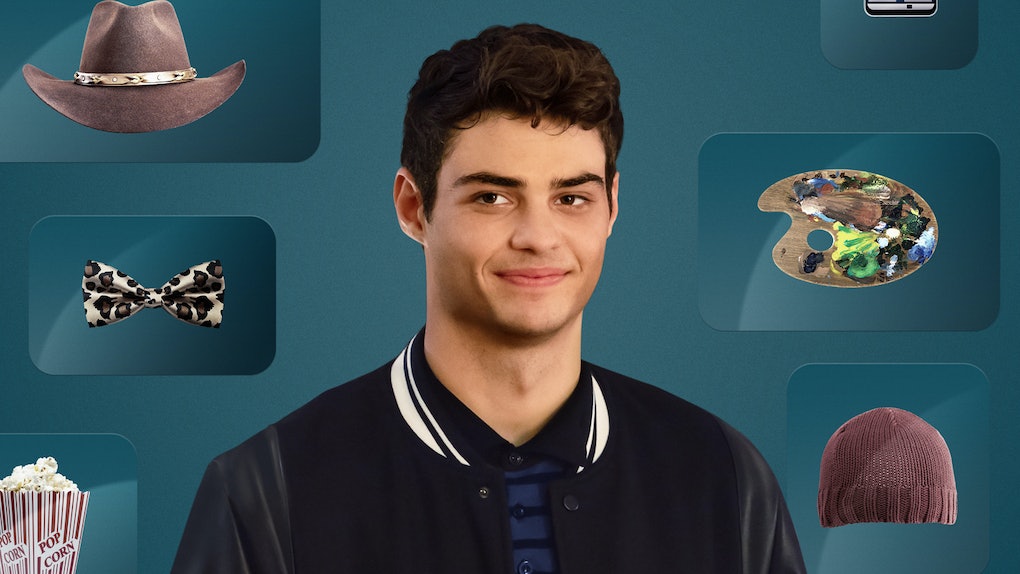 There will never be enough rom-coms in the world to satisfy my hunger for them, but The Perfect Date trailer starring Noah Centineo just dropped and it's a good sign I'm about to have a new favorite to watch as I fall asleep eating chips and Netflix binge-ing. Or something. Anyway, however you look at it, y'all, it seems like another hit for Netflix where teen romance is concerned, and I'm here for it.

The premise of this upcoming love story? Our beloved Centineo, once again, steps into the role of an average high school dude, this time, named Brooks Rattigan (I don't remember any boys looking like Noah at my high school, but I digress). Brooks is trying to raise money to go to Yale and take the gal of his dreams (Riverdale's Camila Mendes) on a date.

The trailer opens with Centineo's voice admitting to all of his rather expensive and class-driven priorities. "I've always wanted to date the most popular girl," he says, "drive the nicest car, and go to the fanciest school."

The problem is, of course, Brooks simply can't afford all that while he's working at a fast food sandwich shop. So, how is he planning to get all the mons? Not mowing lawns, I can tell you that.

While squeezing a little mayo on a sandwich during a shift at work, Brooks overhears a customer complain that he's actually being paid to take his own freakin' cousin Celia (played by Laura Marano from Austin & Ally) to a dance at her fancy-schmancy school. Brooks jumps on the opportunity and says he'll do it, as long as he can get paid. And use this guy's sports car. Because Brooks doesn't mess around.

From what the trailer shows, no shock here, Brooks and Celia appear to really hit it off. But just as friends of course (wink, wink). Celia suggests Brooks does this whole chaperone thing as a full-time job, because he's a good person to have around.

So, Brooks takes that advice to heart in a big way and designs an app with his pal called "The Stand In," offering his services to girls in need of dates. They can literally design how they want him to be. They get to choose what he wears, how he acts, and even how much he talks. The opportunity to create *ahem* the perfect date. For a price, of course.

Things seem to start looking up for Brooks — money and popularity-wise, if the trailer is any indication — but it sort of seems like a "be careful what you wish for" tale. Because sometimes when you get everything you thought you wanted, what you wanted isn't actually all that great.

His friendship (duh, romance) with Celia seems to be the real backbone of the tale and, in the trailer, she drops a truth bomb on him that will probably make him reconsider all the stuff he thought was so important. "You're just waiting for people to accept you," Celia says to Brooks, "instead of accepting yourself." But Brooks seems to see right through Celia's tough-girl act, too. "To where?" you ask. Well, to the woman she is deep inside — obviously.

Let's hope these two crazy kids can find a way to get together. Until then, I'll just be swooning/counting down to the release on April 12th on Netflix.

More like this
Are Olivia Lux & Utica Dating After 'Drag Race'? Olivia Gave An Update
By Dylan Kickham
Dylan Meyer's Instagram For Kristen Stewart's 31st Birthday Is Just Too Sweet
By Daffany Chan
Kourtney Kardashian & Travis Barker's "Pass The Phone" TikTok Is A Family Tell-All
By Abby Monteil
Stay up to date