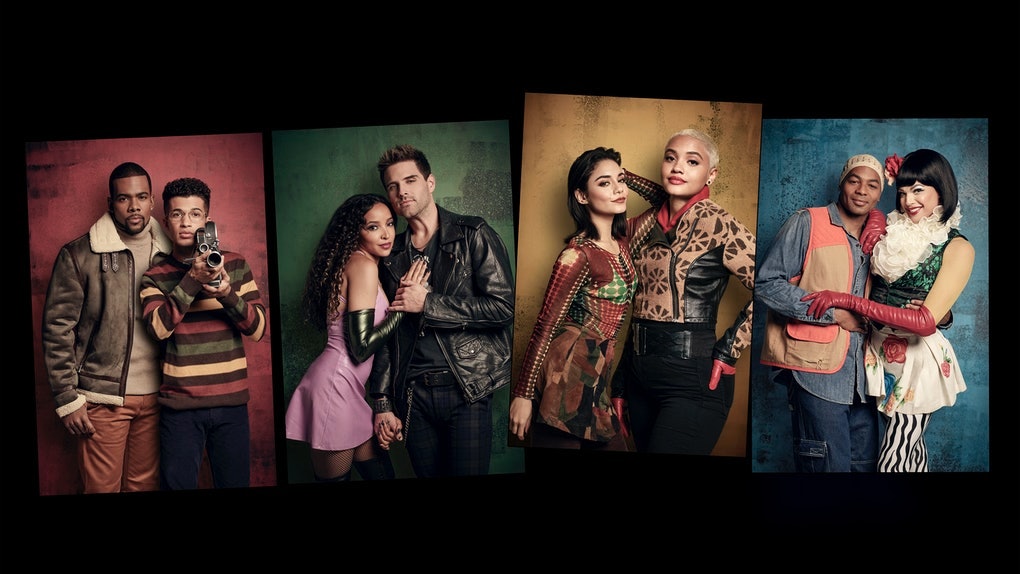 The Original 'Rent' Cast's Performance In 'Rent: Live' Was Everything I Could Want & More

It's all over, folks. Rent: Live came and went faster than you can say "Seasons of Love," and the overall reaction on Twitter is basically, "Eh, it's not the best, but not the worst." The absolute best part of Rent: Live, bar none, was when the original Broadway cast joined this new cast on stage to sing the song's finale. The original Rent cast's performance in Rent: Live hit fans right in the heartstrings, and was the cherry on top of the cake of a performance that was littered with easter eggs shouting out Jonathan Larson's Tony-winning show.

The first shout out to the original 1996 Broadway cast was when Anthony Rapp's voice was heard doing a voice over in Act 1. Rapp's voice was heard listing facts about the AIDS crisis as the characters in the show walked into a group therapy session. Then, later in Act 1, when Angel was buying Collins a new coat, the seller held up Mark Cohen's classic blue and maroon sweater that he wore in the Broadway show and 2005 film.

Then, finally, the original Broadway cast came out on stage to perform with the Rent: Live cast. They sang "Seasons of Love," and Twitter loved every single second of it. And the OG cast stood with their new cast counterparts!! They did the thing!! AGHHH!!

The whole Broadway cast was there: Idina Menzel (Maureen), Taye Diggs (Benny), Jesse L. Martin (Collins), Daphne Rubin-Vega (Mimi), Anthony Rapp (Mark), Adam Pascal (Roger), Fredi Walker (Joanne), and Wilson Jermaine Heredia (Angel). They all joined on stage to sing Seasons of Love for the first time as a group in god knows how long, and yeah... I sobbed my way through the entire thing.

It was a breath of fresh air after a long few hours of watching the recording of the show's dress rehearsal. Yup, Rent: Live wasn't actually done live, as Brennin Hunt (the show's Roger) broke his foot during a rehearsal and they apparently had no understudies. So, the production that fans saw on FOX tonight was a recording of a rehearsal from before Hunt broke his foot, aka the actors were saving their vocals in various spots so as to sound good on show night. Oops?

The last part of the show ended up being broadcast live, thankfully. Hunt sat on stage with his foot in a medical boot while the rest of the cast made it all work.

Fans lost it when all of the original cast came on stage.

Anyone else dying for a do-over of this production, this time with the Broadway cast...? I'm just saying, none of their feet are broken!!

All shade aside, the music in Rent is so good, it makes anyone performing it look good. So this was always going to be good because Jonathan. Larson. Did. That. But next time we do a live musical, can we please, please cast some Broadway actors and UNDERSTUDIES?! That would be very appreciated!! OK, fam. We made it. We made it to the end. Go play "Seasons of Love" on repeat until you have no tears left to cry.