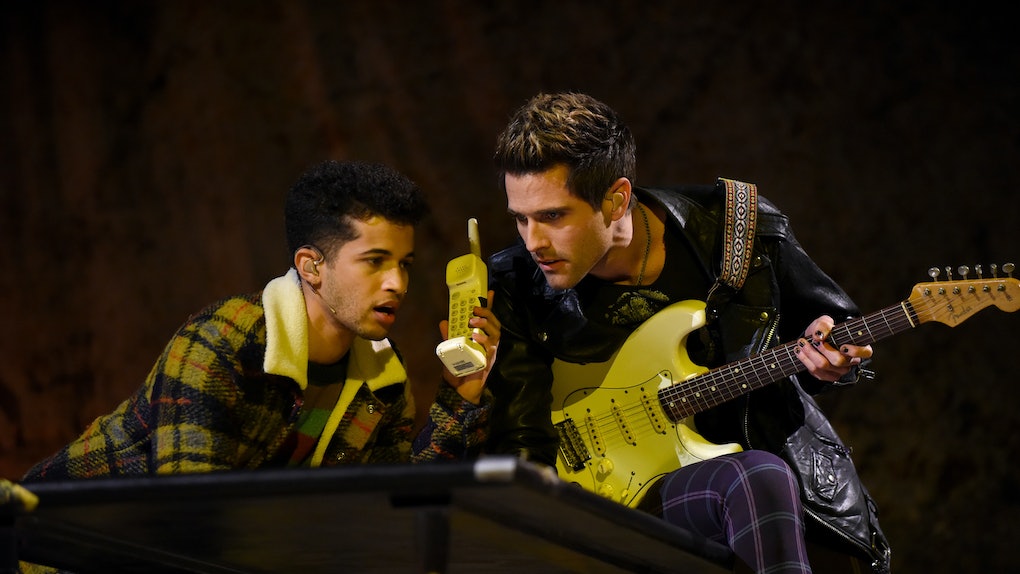 Did Brennin Hunt Perform Live During 'Rent: Live'? He Broke His Foot In Rehearsals

Rent Live is one of the first highly anticipated live musicals of 2019, bringing a host of adult themes to what started out as a family-friendly genre of the holiday live musical. But one of the joys and problems of live theater is just that: it's live. That means if an actor flubs a line, there's no stopping for a second take. That means if someone has a family member pass away, they're still due on stage the next day. In this case, actor Brennin Hunt broke his ankle. Did Brennin Hunt perform live during Rent: Live?

The news broke Hunt was injured about three hours before the show aired. At some point during the final dress rehearsal, which was filmed in front of a live audience for posterity, Hunt injured his ankle. After a trip to the hospital, it was determined his ankle was broken, and he would have to use a wheelchair.

This was a serious crimp in the planned staging. Unlike Broadway, Fox does not do understudies. (Part of the point is the A-list cast names, so why hire potential replacements?) Roger, who is supposed to be a wannabe rock god, stands on tables, wailing away on his guitar and dances in multiple numbers. Hunt couldn't possibly do all these things. And there was no time to re-stage.

The show couldn't be postponed. Months of planning went into this.

So the decision was made to air the previously taped first act from the night before. Fans were confused at first. Though the news had been tweeted out, those who don't closely follow entertainment news were unaware, and the "Previously Recorded" at the top of Act 1 came as a complete surprise.

At the first commercial break, the cast addressed it from the empty stage. The show had been restaged, with the first act mostly keeping Roger's character static, which the audience was watching in the studio. It sounded like they meant to come in at the top of the second act and the TV audience would join in the show, already in progress. But "Seasons of Love" came and went and it was still pre-recorded, suggesting the TV broadcast would join the live version until the ending number.

Check out what the audience saw as opposed to what those at home watched:

This way, the cast could get used to the changed-up role of Roger over the course of the first half of the show, and then perform the second half live on TV. Those tuning in could get at least get part of what they tuned in for, and those who worked so hard to perform this live could get to do part of the second act live for the TV audience.

It's smart for the show to show at least part of the staging live, with Roger in his wheelchair. One of Rent's themes is inclusivity, and though back in the 1990s, the idea of a wheelchair rock and roll star was a bridge too far, in 2019 it should not be an issue.

It's understandable Fox would attempt to go with pre-recorded footage. But it's too bad they didn't choose to air the whole show with Hunt in the chair. It might not have been the Rent everyone remembered, but it would be true to the spirit of the show.

More like this
'Selena: The Series' Part 2: Netflix Release Date, Trailer, Cast, & More News
By Dylan Kickham
The 'Glee' Cast's Tribute To Naya Rivera At The 2021 GLAAD Media Awards Was So Moving
By Abby Monteil
Will ‘The Falcon And The Winter Soldier’ Get A Season 2? This Could Be A Hint
By Ani Bundel
Stay up to date