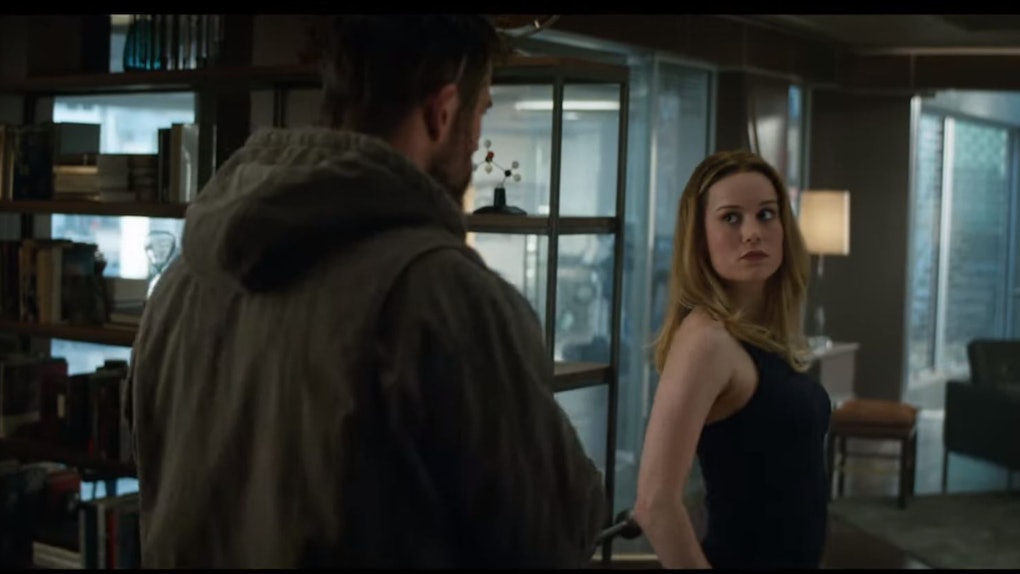 The New 'Avengers: Endgame' Teaser Answers Where Captain Marvel Has Been This Whole Time

When Avengers: Endgame dropped its third and final full-length trailer to coincide with tickets going on sale last week, fans assumed that was probably it for new footage. The Russo brothers, who directed the film, were clear they didn't want spoilers getting out and the more promotional footage released, the more likely that was to happen. Then, at CinemaCon, Disney showed an extended clip for those in attendance, a portion of which it then released this week. This new Avengers: Endgame teaser gives a feel for the movie's early going.

For those who are obsessively watching their spoiler diet, not to worry. This clip, much like everything released publicly, is carefully chosen. It doesn't tell fans anything they hadn't already seen already in the second official trailer released the week after Captain Marvel opened.

That trailer had a bumper scene where Carol Danvers, newly added to the Avenger team, is tested by Thor to see if she'll flinch when his Stormbreaker ax flies by within inches of her face. Danvers is not impressed by his show of force, causing Thor to declare "I like this one." This scene is that moment, filled out a bit to include where she's been since the 1990s.

Leave it to Rhodey to be the one to call Danvers out: "Hey, New Girl, everyone in this room is all about that superhero life." However, she's ready with a response the moment he tries to accuse her of slacking off on the job.

There are a lot of planets in the universe, and unfortunately, they didn't have you guys.

There's no comeback for that, is there? She wasn't here because they were supposed to be holding down the fort. Earth was lucky, it had the Avengers. Other planets were not as fortunate.

Meanwhile, there are a couple of other interesting tidbits that fans will immediately glom onto contained within this one minute scene. The first is right at the top.

Considering the state of the gauntlet at the end of Infinity War, that's an unexpected development. It also explains what galvanizes the team back into action. Apparently, Thanos is not satisfied by a single snap.

Of course, then there's Steve's radical change, and no, I don't mean he shaved, though of course, his fans will be weeping and gnashing their teeth over this development. No, the new change to Steve Rogers is that, after all these years of clean living, and speaking, Captain America is willing to get a little gutter-mouthed when describing Thanos.

But then again, loss changes people. That's what's happened to the Avengers team. They lost, for the first time ever. What they need is a little bit of a swift kick to remind them that one loss doesn't mean they'll lose every time though. There were never any guarantees it wouldn't go this way, and yet, each time, they rushed in. Now it time to stand up and rush in again.