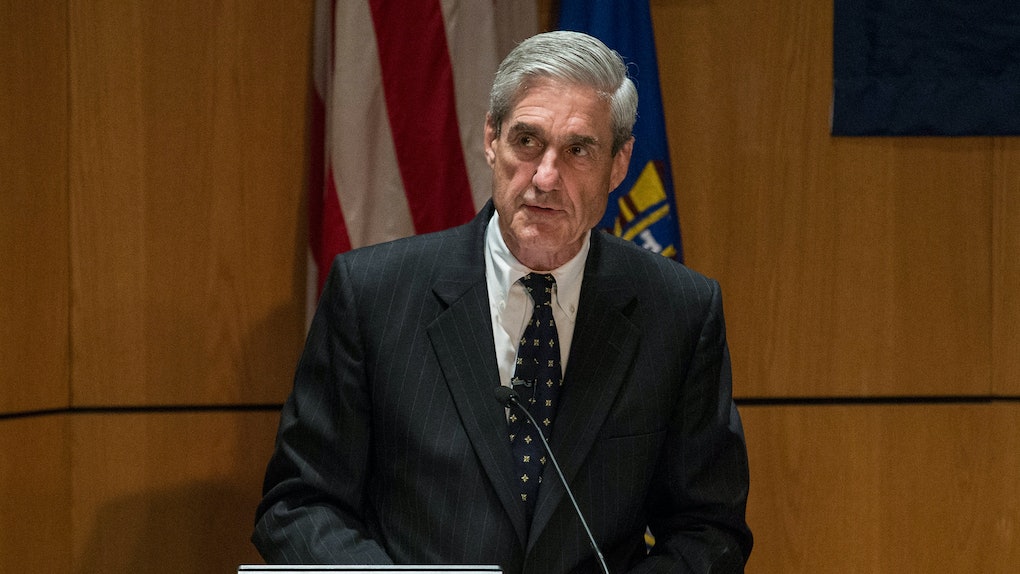 Get ready for yet another stop on the rollercoaster that is Special Counsel Robert Mueller's investigation into possible collusion with Russia during the 2016 presidential election. On March 24, Attorney General William Barr released a summary of Mueller's report, but it might have come up short — especially if you ask those closest to it, reportedly. According to The Washington Post, Mueller investigators' reported response to Barr's summary of the report is raising some questions.

Following the summary of the Mueller report released to Congress on March 24, some investigators involved in the probe are reportedly unhappy at the limited information Barr provided in his summary, particularly when it comes to the obstruction of justice portion, according to The Washington Post. The publication reports that some Muller investigators have reportedly told associates that while Barr found that the evidence surrounding Trump's possible obstruction of justice was not "sufficient," they believe that everything they gathered was alarming and significant. One source told The Washington Post that the evidence "was much more acute than Barr suggested." The DOJ did not immediately respond to Elite Daily' request for further comment on the issue.

In his summary letter released to the public on March 24, Barr boiled down Mueller's 400-page report to about a four-page summary, which quoted the actual report very lightly. In terms of the possible collusion with Russia during the 2016 election, Barr wrote that Mueller "did not find that the Trump campaign or anyone associated with it conspired or coordinated with Russia in its efforts to influence the 2016 U.S. presidential election." The report drew less of a hard line when it came to the obstruction of justice portion. The report said explicitly, in a portion quoted by Barr's letter, that the investigation did "not exonerate" President Donald Trump on the matter, and it left the decision up to the Department of Justice (DOJ). In his letter, Barr decided that the evidence they gathered "is not sufficient" enough to decide whether Trump obstructed justice. Elite Daily reached out to the White House at the time for comment on the summarized report, but did not hear back. The DOJ did not respond to Elite Daily's request for comment regarding the letter by the time of publication.

In a statement to Elite Daily, White House Press Secretary Sarah Sanders called the report exonerating for the president. She said,

In addition to the members of Mueller's team allegedly feeling like Barr's summary was too limited, per The Washington Post, they are reportedly upset that Barr wrote his own summary at all — because they provided their own. Officials close to the matter told the publication that with the report, they also handed Barr summaries for different sections of the report that could be made public. “There was immediate displeasure from the team when they saw how the attorney general had characterized their work instead,” a U.S. official briefed on the matter told The Washington Post. The source added that the investigators went through the work of summarizing the report so that what they found and all the work they did could be shared "in their own words," according to The Washington Post. Elite Daily reached out to the DOJ for comment on the alleged unused summaries, but did not immediately hear back. The source reportedly said,

They prepared their summaries to be shared in their own words — and not in the attorney general’s summary of their work, as turned out to be the case.

On the other hand, reports from The New York Times have said that the DOJ determined the summaries prepared by investigators still included sensitive information, which would prevent their release to the general public. Questions, questions.

At the end of the day, the big one remains: Will the public get to see the Mueller investigators' summaries one day? I'll be here waiting.