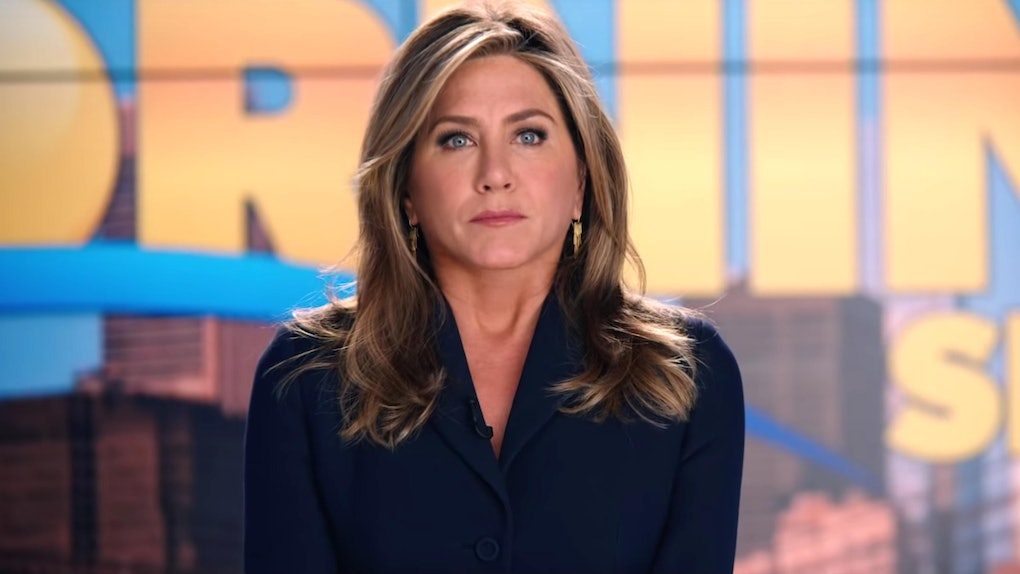 The final summer of the 20-teens is winding to a close. With the arrival of fall will come more than just the end of a decade. From September to November, two of the most ambitious streaming services will launch: AppleTV+ and Disney+. Disney+ will begin its marketing roll out with D23 on Aug. 23. But Apple is jumping in ahead of the lineup with the first full trailer for The Morning Show, one of its planned flagship series. The good news is The Morning Show trailer has it all, from A-list names to topical plotlines to unexpected social commentary drama.

When Apple held its special event announcing the upcoming arrival of AppleTV+ back in March of 2019, The Morning Show was one of an entire lineup of shows introduced. The top-lined stars included Reese Witherspoon, Jennifer Aniston, and Steve Carell, but little was revealed about the show's plot, other than being set "in the world of Morning Television." For all fans knew, this was Apple's version of 30 Rock, just starting with characters waking up at 3:30 a.m. instead of at a normal workday schedule.

But the trailer's release reveals that Witherspoon and Aniston have far more on their minds than just making a comedy about the creation of daily entertainment. Check out the trailer.

The show never comes out and says it, but the parallels to real-life situations are hard to ignore. Carell's male host, Mitch Kessler, is fired for sexual misconduct. It leaves his long-time co-host, Alex Levy (Aniston) in search of a new partner, and slightly adrift. Meanwhile, the world of men who run The Morning Show sharpen their knives for her blood, led by Billy Crudup as Cory Ellison. Levy finds herself suddenly and unwantedly paired up with a younger female rival, Bradley Jackson (Witherspoon), Ellison's newest protege. It's a battle that the women may not have asked for, but will almost certainly not end well.

A few people on Twitter could not help but make comparisons:

And more than one wondered if Witherspoon taking the role of the upstart would work.

But Witherspoon's choice to have Aniston as the 50-something face of The Morning Show suddenly threatened by a woman less than 10 years her junior is perhaps the show's most brilliant piece of social commentary. Women, especially those audiences have seen rise and fall on morning television like Katie Couric and Ann Curry, take decades to build trust and viewer credibility. They reach an age where they are no longer considered lightweights, only to see it all disappear in an instant, usually because someone behind the scenes somewhere decides their moment is over without them even knowing.

It's a story viewers at home have seen played out across both morning and evening news programming. But it's also one that cuts quite close to home for many broadcast networks.

As an opening salvo for AppleTV+, it's an interesting choice. It also suggests that when it comes to the new players in the streaming wars game, Apple will be one to watch.